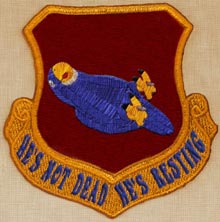 Trying to determine when Glenn Beck jumps the shark is an exercise in futility, since his entire show is a crowd-pleasing demonstration of aquatic gymnastics. Instead, we find ourselves wondering whether at any given moment he’s going to peel off his chubby face and reveal Sacha Baron Cohen underneath. Or Andy Kaufman.

Moments such as Wednesday, when he advocated bringing back DDT.

Now wait — before you reach for the thalidomide, hear him out:

Any harmful link to humans from DDT has never been found. Bruce N. Ames, a world renowned biochemist and professor of molecular biology, and Thomas H. Jukes, professor of biophysics and a foremost expert on DDT, from the University of California at Berkeley — yes, that “right-wing kook tank” U.C. Berkeley — said of the attack on DDT: “This is nonsense.”

And if you’re wondering where the hell he’s getting that from — turns out the American Enterprise Institute published a paper lauding DDT in 2007.

Why the institutional right-wing animus? Despite their claims that mosquito-killing DDT saves more lives than alternatives, they’re really gunning after Rachel Carson, whose anti-DDT book Silent Spring sparked the modern environmental movement in 1962. That in turn led to the EPA, created by noted socialist Richard Nixon in 1970, and the DDT ban in 1972.

But that’s not why Beck chose now to bring it up. He’s personally gunning for Van Jones, Obama’s “Green Jobs czar” (technically, special adviser to the White House Council on Environmental Quality), who enjoyed the first two soundbites in the segment.

You may also know Mr. Jones as the co-founder of Color of Change. And if you haven’t heard, Color of Change has mounted a successful campaign to wean Glenn Beck’s advertisers away from him — 57 and counting.

What? You thought Beck was reallly interested in DDT? Hell, we’re surprised he can even spell it.

Why Are We Still Listening to Progressives About the Environment? [Fox]

I’m sick of these RW fuckers telling us to do things without showing us first.

Please drink some DDT to show how safe it is. If so then I will stop listening to folks like Rachel Carson and believe folks like Monsanto and Dupont.

PS: One of the Ds in DDT is Dioxin.

@ManchuCandidate: And the remaining D & T are for Dumbass Twat.

@ManchuCandidate: When DDT was introduced, part of the sales pitch was that you could drink it.

Just like heroin is the safer, less addictive alternative to morphine.

@ManchuCandidate: @SanFranLefty: One of the prouder things of my Pennsyltucky heritage is that Rachel Carson is one of us. So was James J. Audobon. Of course, so was James Buchanan.

But this annual tribute, on top of the Rachel Carson Building (Dept. of Enviro Protection) in Ho’burg, is one of the finest things my state has done. Well, plus Linebacker U.

@Prommie: One of the greatest lyrics in musical history?:

“Slugs and snails are after me
DDT keeps me happy
Now I guess I’ll have to tell ’em
That I got no cerebellum.

@The Nabisco Quiver:
Cool. There were some Falcons nesting in high rises in Toronto. Saw a dogfight between a flock of pigeons and a pair of falcons overhead at a friend’s apartment.

@Prommie:
Worked out well for OxyContin, too.

Hey Nojo, site W just put up a post on the Obama schoolchildren speach, and used the exact same frame from A Clockwork Orange to illustrate it that you used. This plagiarism must not stand, I say.

@The Nabisco Quiver: Audubon also spent a lot of time in Henderson, Kentucky (more or less my second home), and the museum there is pretty dang good for a town of 30,000.

@mellbell: I love being cryptic. Message acknowledged, answer forthcoming, all signs point to “yes” as the magic 8-ball says.

If Beck can get them to restore the Coca-Cola of yore (the one with a hint of cocaine) I might be on board.

@blogenfreude: And really, why not usurp the whole energy drink market? They could bundle each litre with a tri-pack of Viagra, and make a killing.

@The Nabisco Quiver:
And Extenz. Don’t forget the Extenz.

@ManchuCandidate: Nah, the pills don’t work, its the creams, they work; if you just rub them vigorously on your member, it will get bigger. Its the vigorous rubbing thats key.

@Prommie:
Might as well stick to the Swedish Pump.

Speaking of overcompensation. I read that Bernie Madoff’s mistress wrote a “book” about their relationship. Seems Bernie’s victims weren’t the only ones shortchanged.

If only someone could write a book called:
Zen and The Fear of A Tiny Dick

A line from Harold and Kumar Go To White Castle that makes me laugh:
“Look at me. I’m fat, black, can’t dance, and I have two gay fathers. People have been messing with me my whole life. I learned a long time ago there’s no sense getting all riled up every time a bunch of idiots give you a hard time. In the end, the universe tends to unfold as it should. Plus I have a really large penis. That keeps me happy. “

@Prommie: I think this foul deed shall smell above the earth. But first, another peen joke!

And I’ll rule it Great Minds: If you start from the premise of “captive audience,” Clockwork isn’t an esoteric reference. (My second choice was a Fifties 3-D audience shot.)

Speaking of UC Berkeley, I’m heading up there today to give a talk. I was a student there in 1968-69. Those were some crazy times.

@Dodgerblue: Have a killer gig. What’s it for? Another guy and I (one of my clients) got the highest evaluations for presenters at the Navajo school boards association employment law conference last week. It was us at top, almost everybody else trailing, and some people whom the membership never wants to hear from again at the bottom.

/happy dance in chair due to bum knee related to change in weather. Damn those Baja hurricanes.

@Dodgerblue: I never knew you spent a year there. One year only? What happened? Home sick for the surfing in Venice? Too much bad acid?

And needless to say, had I known you were going to be over there, I would have rearranged my schedule accordingly.

@Prommie: Wait. I thought heroin was the safer, less addictive alternative to morphine.

So I can haz my morphine back now?

@blogenfreude: I want a fizzy soft drink that has the taste of cola without the cloying sweetness that every soft drink I’ve ever tasted has. Something like Southern sweet tea with about 1/10th the sweet.

@ManchuCandidate: Plus I have a really large penis. That keeps me happy.

Who wouldn’t be happy with a large penis? (Full disclosure: I have a large penis. Which does keep me happy. When I do that thing.)

@Pedonator: Soda is much sweeter in the States than elsewhere. I remember drinking rum and Coke in Jamaica which were delicious for that very reason. Oh and plus the huge fresh lemons. And the rum. And being on the beach in Jamaica. And some other stuff we don’t need to go into here.

@ManchuCandidate: @Pedonator: I know a guy who broke up with his boyfriend not, to my surprise, because of his narcissism and all around stupidity, but because his dick was too big. So big it seems that it was well-night impossible to do anything with it. Sad but true.

And yes, they were dancers.

@Benedick: It’s the high fructose corn syrup in our sodas here. Coke and other soft drinks in Europe and Asia, and Latin America as well, I think, still use cane sugar and they are much much better tasting.

But I’d never put anything other than a few cubes of ice into my tumbler of Jamaican rum, except maybe a finger to stir it.