Stinque
Home Latest Comments Log in
If it smells, we’re on it.
Stinque
Mastodon: @stinque@mas.to
Electioneering 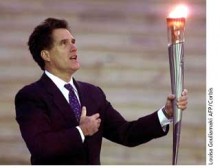 Some idiots have proposed that the smart move for Mitt Romney would be to run for Ted Kennedy’s Senate seat, so that Mitts will poised for Presidential victory in 2012.  This would be just like how his experience as Governor of Massachusetts set the stage for his 2008 victory, which never happened, and  was sadly stolen from him by a shitting dog, his not-magical-enough Mormon underpanties, and his utter unlikability. This dude argues that Republicans would like to gain a Senate seat (It’s True!), and that it should be an easy win since people don’t like Democrats anymore (This may be true in some places, but only a little, and not in Massachusetts.  Plus, even fewer people like Republicans).  Also, Romney’s got name recognition on his side. Of course, that last argument forgets that everybody who knows Romney doesn’t like him. Everybody knows who Dick Cheney is, too, but I’ll bet Massachusetts wouldn’t elect that spiteful geezer, either.

Also, after going through all the hard work of switching his positions on every policy, from those acceptable in Massachusetts to those acceptable in the nutbag backwaters of this country, Romney would have to switch back to Massachusetts-friendly statements in the next five months of election, and then finally back again to the Republican platform of supporting nothing before 2011 or so. I think there’s a chance that this may strain his credibility, to the point where people start to think he’s a hypocrite. Whoops it’s 2007 again!

Anyway, Nate Silver uses the mathematics to show that no one likes Romney, given his 54% unfavorables when he left office, and that people are more likely to cross party lines for Governors than for Senators. He also argues, with words, that Romney is actually smart enough to recognize that running for Senator has no upside whatsoever. Finally, the only two Massachusetts dudes since John Quincy Adams to come close to the Presidency got their asses shot. So, bad luck.

Silver then goes on to make the point that no other Republicans will win it, basically because there are zero of them, in the whole state. All ten of Massachusetts representatives are Democrats, as are the Lieutenant Governor, Secretary of State, Attorney General, State Auditor, and pretty much the whole motherfucking State Senate. So basically, suck it*, Republicans!

*And by “it” here, I mean Ted Kennedy’s massive dead penis.

‘Sup, homiez? Anything happen while I was gone?

Heh. Hitting them when they are down is kinda fun.

Isn’t Alan Keyes still available to take another whipping for the GOP? Or, consider this, how about Michael Steele for Senator?

I can’t imagine the rich white boys club that runs the RNC would blink at sending either man to fall on his sword in Massachusetts.

I was wondering where you got to! How’s every little thing?

@Tommmcatt Floats: In December 1970, Richard Nixon signed the bill that returned a place of great importance to my tribe. It was my profound privilege to have been there these past few days.

Wow, how cool. I wish my family had a history.

I spent the day trolling Bible Spice’s Facebook Wall. One genius over there is all upset because the Massachusetts legislature isn’t going to change the law and allow Romney to appoint Sister Sarah to Senator Kennedy’s vacant seat. Apparently they haven’t learned yet that he’s not actually governor any more, or that a resident of Alaska cannot be appointed, much less elected to a Massachusetts senate seat.

And here I woke up this morning feeling all depressed. I’m feeling a lot better about my life and myself after several hours of plumbing the depths of American stupid.

@redmanlaw: So did you do you like a vision quest with peyote, or is that just a bad cliche/stereotype? I’ve always been interested in trying peyote, but I figure it wouldn’t be good with my paranoid tendencies.

I don’t know, I think you need to be under 25 to really enjoy a peyote trip. I did it a bunch when I was younger, but the last time, when I was in my late twenties, it just went on and on and on and I kept asking my brother, who was along for that ride, why we couldn’t just turn this off now, I’d had quite enough fun.

Spending an afternoon reading the rantings of the adherents of Paliban, The (former) Dictator of Alaskastan is much easier on the phiz than peyote. I highly recommend it if you’re feeling blue.

TJ/Stinque Scrabble Update: baked beat me for the second time in a row, this time by more than 80 points.

@SanFranLefty: The button is one of the few out of the Armchair Pharmacist’s Handbook that I never tried. Far too fragile a psyche now. And puking in technicolor probably wouldn’t have the same groovy effect as it would have say 20 years ago.

@karen marie: Or, what KM said.

I recommend it, but make no mistake: you’re totally insane for about 18 hours. And coming down is super-sketchy.

@SanFranLefty: Darling, I’m worried about you. Want to have a game with me to regain your confidence?

@Mistress Cynica: Nah, I prefer using Dodger as my punching bag. Plus I just won a three-way game on a special wonky board and scored over 800 points in my first word, and wound up winning by over 400 points against the number 2 person. I think baked’s smoking more pot before playing, is all.

TJ/ Writer goes undercover at Gay Reeducation Camp. Hilarity does not ensue. Please check out the confidentiality agreement they made him sign after collecting his non-refundable deposit and before he went to the camp. K of adhesion?

Upon learning of Cox’s story proposal, JiM founder and life coach Rich Wyler quickly intervened, urging City Weekly not to run Cox’s story because Cox signed a confidentiality agreement barring him from speaking about the weekend. City Weekly decided not to publish Cox’s proposed story but rather to ask Cox why he went undercover to get the story.

I hope there’s more than meets the eye. I’d run that story in a heartbeat.

@JNOV: I’ll grant that it’s easy to cheer from the sidelines, but I don’t see the need for a lawyer, with or without testicles. You edit the story to make sure none of the participants are identifiable, and you make sure the events you describe are relevant to your case.

You also add some research and whatnot to make that case: these people are dangerous quacks.

Journalistically, I’d consider it a no-brainer. But then, I don’t have to pay for the lawyers.

Hmmm…I’ve posted a question in the sandbox.

Update: Stinque law hottie former Arizona U.S. Attorney Diane Humetewa is now a tribal court prosecutor for the Hopi Tribe. It’s kind of like going from AG to teaching at Texas Tech, although her only crime was having McCain as her patron.

ALSO: Now past threat of indictment, NM Gov. Beel Reechardson is now available for moving up and out of NM, thereby paving the way for my girl Lt Gov Diane Denish to move up and enable the replacement of the holdover GOP US Attorney in NM, all of which could help keep NM Blue in 2010.