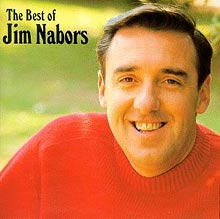 Although her speech and tweets are celebrated marvels of free association, America is being asked to believe that Talibunny’s Facebook posts are written in her own hand:

The provision that President Obama refers to is Section 1233 of HR 3200, entitled “Advance Care Planning Consultation.” [2] With all due respect, it’s misleading for the President to describe this section as an entirely voluntary provision that simply increases the information offered to Medicare recipients. The issue is the context in which that information is provided and the coercive effect these consultations will have in that context.

What was that? A footnote? One of eleven? Show your notes, Sarah. Until you can prove you birthed your own post, we’re forced to conclude you bought it from a Kenyan term-paper mill.

And to “Deb”, a Stinque Medal of Freedom for this:

Deb
You lost the election. You quit your job. Your family life is a shambles. But you try to attack the President of the United States…. via Facebook notes?
about a minute ago

Like the Paultards, she will always be with us.

What is macabre about this is that hundreds of old people have died in Alaska during Talibunny’s administration in a senior-care program that is so mismanaged the federal government has closed the program to new admissions.

She might as well have shot them from helicopters.

Maybe that is the plan.

@FlyingChainSaw:
Didn’t she also ignore pleas to help freezing native folks? Why yes she did.

I recommend a book titled Bozo Sapiens by Michael Kaplan and Ellen Kaplan. Subtitle is Why to Err is Human. Copyright 2009. Lots of food for thought and very witty besides.

[As for Oklahoma and its unfortunate denizens, by which I mean not the non-humans confined to the zoo but the benighted fundamentalist bozos ruling the roost outside the zoo and those who suffer from being under their thumbs, may all be led, somehow, to free thinking and charity and wisdom. {private uncharitable speculation of mine: is there any chance one of Oklahoma’s famous tornados could whisk Coburn and Inhofe off to their rewards?}

TJ/ Some news for NJ stinquers. Seems like folks are asking questions of Bob Christie in light of Rove’s testimony.

“where does potential 2010 GOP Guv candidate and former ABQ GOP Congresswoman Heather Wilson stand? Well, for the first time there are media reports–national media reports–analyzing what legal peril, if any, Heather faces. Could she face charges for her role in encouraging the ouster of NM US Attorney David Iglesias? The Hill let the indictment genie out of the bottle with this report:

A former Justice Department official said Rove, Miers, former Sen. Pete Domenici (D-N.M.) and ex-Rep. Heather Wilson (N.M.) could face criminal charges for their role in the firings of Iglesias and eight other U.S. attorneys in 2006.

“There’s real potential here at a minimum to be investigated for obstruction of justice … they attempted to influence the due administration of justice,” said Gerry Hebert, executive director of the Campaign Legal Center and a 21-year veteran of the Justice Department.

A special prosecutor has been investigating the role the lawmakers and former White House aides played in the U.S. attorney oustings that sparked a national political furor, Democratic investigations in Congress and led to the resignation of former Attorney General Alberto Gonzales.

Hebert also said the new evidence released by the committee shows that Rove, Miers, Domenici and Wilson also may have violated the Hatch Act, which bars federal lawmakers from changing “the official rank or compensation received by a government employee” or promising or threatening to do so for political reasons.”

She’s lying out of her wide ass and yet she has the balls to use the phrase “with all due respect”? What a tool.

@ManchuCandidate: Natives? Great props for photo opps but not much else – unless of course the Talibunny decided to issue helicopter hunting licenses for them.

@redmanlaw: Rove in prison? Best day since they took John Mitchell to the slammer?

To cheer you up until we have Rove’s perp walk, and to cleanse your mind of Talibunny, I give you the now-operational Sandy Eggo Zoo Pandacam:
http://www.sandiegozoo.org/pandacam/index.html

@Dodgerblue: I can’t wait to see the video of his face when they’re shoving Rove out of the helicopter into the court-yard of a supermax filled with howling neonazis.

I hope not – he’d fit right in, and they’d have the most effective gang in the whole prison in a week. I mean, it’s not like it would be his first time dealing with a bunch of semi-unhinged, murderous, ideologically-motivated criminals….

@al2o3cr: They’d have his arms pulled from his body within seconds of him hitting the dirt. Hopefully, he’ll live long enough to endure the monstrous horrors of a neonazi biting through his skull.

@Mistress Cynica: Just the phrase “Rove’s perp walk” has brightened up my day.

@Tommmcatt Floats: Yeah, the old “with all due respect” line. If you will indulge me, one of my best moments as an attorney was in arguments on a case when opposing counsel (a sleazy ambulance chaser representing a housing authority) addressed the judge by opening with “With all due respect, your Honor” and the judge interrupted her and said “When an attorney says that it means “screw you, you honor” so don’t say it” and while it took all my self control to not crack up, I watched her continue to dig that grave in her argument by misstating the law and lying to the judge and by the end of the hearing, the judge said to her “Are you insane?” and ripped in to her. Then he turned to me and said “Ms. SFL, do you have anything else in response?,” to which I said (naturally), “No your honor.”

Judge ruled for me.