We Just Can’t Quit You 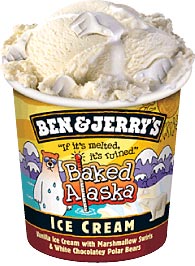 Selections from the 2,000 comments on the resignation at Team Sarah…

Better man than I, nojo.

Three things I get out of this:
1) The stupid is strong there
2) Stupid can not judge intelligence
3) Alan Key(e)s? Seriously?

I saw the ice cream and thought the article was about Ben&Jerreys. I no longer want ice cream. As much as I’d like to see Sarah go down in flames, I would LOVE to see her take a handful of other high-profile criminals with her. Maybe Karl “I belong in prison” Rove is involved again. Mmmm, Dublin Mudslide….

Why is Kissinger still around? Does he drink puppy blood with Darth Cheney?

@SanFranLefty: Saw that. I don’t think he counts in the 3 celebrities realm – he was just a cipher.

@SanFranLefty:
Of course he does. That and sleeping with women much younger than him.

Still one of the great mysteries for me was how he got laid like he did. And yes, I’m a tad bit jealous.

@SanFranLefty: They showed Kissinger in the crowd during the Wimbledon men’s final yesterday.

@SanFranLefty: Funny, the same thought occurred to me. They should throw Kissinger in the same hole.

@homofascist: I’m impressed he leaves the U.S. at all, given the long arm of universal jurisdiction nabbed Pinochet.

@ManchuCandidate: I guess power and money must be such an aphrodisiac that many personal shortcomings can be overlooked.

homofascist: No, I’m sorry. That was Woody Allen that you saw. Common mistake.

Oh hey look: one of the suggestions reprinted by Fearless Leader in the body of the post:

“If Sarah Palin has any desire to do speeches, to raise money, to earn money… if she has any desire for a future in politics…. she has to do it in the lower 48.”

As someone at Team Sarah noted, Hawaii always gets ignored in that phrase.

@SanFranLefty: The mother of a neighbor of mine back in the ’80s was one of Bobby Mac’s squeezes. Alas, I have nothing else to report there, as I never met her or him.