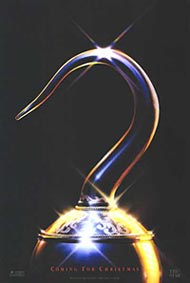 Michael Calderone, Politico: “Barack Obama hasn’t yet made a statement on the death of Michael Jackson, which was confirmed around 7 p.m. last night.”

Katie Connolly, Newsweek: “And he was black, so it seemed reasonable to expect the first black president to have a few heartfelt words.”

Jocelyn Vena, MTV: “Although President Obama held a press conference on Friday (June 26), no one asked him for his reaction to the news of Michael Jackson’s death on Thursday in Los Angeles.”

Mark Knoller, CBS: “Though President Obama regards Michael Jackson as a ‘spectacular performer’ and ‘a music icon,’ the White House did not issue a formal written statement on his passing.”

Matthew Cooper, Atlantic: “I don’t have my copy of ‘Dreams From My Father’ at hand to know if the 44th president mentions Jackson but it’s hard to imagine that he didn’t have a disc to take with him to Occidental or Columbia.”

I never have any success with links but here’s a morsel of Republican goodness to enjoy with your morning coffee.

Benedick’s URL doesn’t work, but I Googled “naked mayor” and the saga of Mark Musselwhite enjoying the flow of God’s fresh air over his unclothed body came right up. The site that must not be mentioned here has a long and very funny quote from the arresting ranger’s report.

@lynnlightfoot: that search also gets you a Canadian ginger-haired mayor posing for her hubby in her office. Not much to do up there, eh?

Right. Iran may end up as another Pakistan, N Korea is thinking of bombing Sacramento and the president needs to be on TV around the clock advising us on how to grieve properly for a drug-addicted dancer and child fondler. As soon as he mentions it, these same fucktards will be asking what is this unwholesome fascination the president has with this child molester?

@FlyingChainSaw: Operation White Elephant: Our hideously expensive and barely functional theater missile defense system and alien invasion-grade radar system have been deployed to Hawai’i in advance of the Long Dong test this week.

Hmmm. The Tapeodong-2 has some V-2 and Scud in its family tree.
http://www.fas.org/programs/ssp/nukes/nuclearweapons/Taepodong.html

I guess the Murrican press was distracted by the fact that even former Korean president Kim Dae Jung referred to our “loss of a world hero” with Jacko’s final moonwalk.

I’ve spent some time trying to look at this Michael Jackson stuff critically; I googled all the videos of his top 80s stuff, re-watched some classic Jackson 5 stuff, and even spent ten minutes or so with one of the 24/7 cable spews channels last night. MJ could sing, dance and charm as a kid; later he could (mostly) sing and dance, but there was little personal charm. Even his dancing was, however athletic and beautifully choreographed, pretty much just angular leg thrusting and crotch grabbing. Couple that with the jerry curls, the skin whitening and the insistence on the look that I refer to as “pansy gangster”, and he really wasn’t much of anything “real” after the age of, say 15.

@Nabisco: ‘Pansy Gangster’. Excellent. Though shouldn’t it be Pansy Gangsta?

I gotta agree with Chainsaw, Barry’s got some bigger headaches to deal with.

@FlyingChainSaw: Right you are, as always, with “as soon as he mentions it . . . what is this unwholesome fascination . . .?”

@redmanlaw: I think all of them have some V-2 in the heritage. Cf Gravity’s Rainbow.

@Nabisco: Some call it vogueing.

That was the early rap on Janet as well: Too angular, too stiff, too forced. Give the dude credit — or rather, give Quincy credit — for selling a gazillion albums, but Michael Jackson is as relevant today as a hair-metal band. He had his moment, and then the world moved on.

In between wetting his pants Thursday, Keef mentioned that Jackson himself came up with “King of Pop,” which is a masterful bit of marketing. And it reminds me of a story about the 2000-ish MTV Awards, when somebody casually introduced him as the “Performer of the Millennium.” Jackson thought that was real, and was confused when nobody handed him a statue.

And since I’m really cranky about all this…

Which makes a grand total of twenty months before Michael Jackson broke the MTV “color barrier.” Not counting J.J. Jackson, of course.

@nojo: And let’s not forget that he’s been ‘Wacko Jacko’ to most of these same foaming inconsolables for how many years?

@Benedick Ahnuhld: The “Black or White” video premiered November 14, 1991. My judgment can certainly be disputed, but I think that’s the last time anybody actually gave a shit.

@Nabisco: The Jones-era stuff was all layer upon layer of cotton candy sound. Jackson 5 stuff was simply produced and he could sing, had good pitch, a little oversteer here and there but mostly a commanding vocal sensibility that you could actually hear. Jones’ production was lush but obscuring. Still will anyone be listening to any of this stuff in 50 years? We’ll see but I have my doubts. I do have things in my collection like Sinatra’s ‘Come Swing With Me’ in part because of Sinatra’s work but more because of the sidemen and the creative authority they brought to the studio. Jones’ production imagination was so strong it really didn’t matter who was playing – they were the best in LA, flawless and any one of 10 guys could have played a given part and there would have been no noticeable change in the final production. Producers are there to craft the artist’s statements but my sense is that Jackson was so relatively aesthetically hollow Jones felt free to invent his sound for him and use as heavy a hand as he thought he needed to produce the shimmering star-quality production that fit the MJ gestalt – which was probably a lot more about just being a star of universal appeal than it was about pursuing an artistic vision. You look at a real musical ensemble of that era, ok, say, Manhattan Transfer, and doubtless the producer makes his mark. Jay Graydon moved MT beyond progressive cabaret into a really tasty if fuzaky conceit but the members of MT clearly owned the music in that Extensions and Mecca for Moderns were obvious destinations that were waiting for them on the trip they’d begun together musically and personally many years before. Graydon could not have ever conceived of those albums without MT’s preceding works. Jones-era MJ? I get the sense Jones could have pulled that stuff together with a competent male singer who could work in MJ’s range.

@Nabisco: Yeah, I’ve been watching some of the videos and noticed the same thing in regards to his dance moves. It’s a lot of the same five moves in different sequences. The crooked leg kick, the in and out footwork followed by a twirl, the hand down the chest to the thrusting crotch with the other arm outstretched and pointing, the windblown crucifixion pose with the untucked, open shirt and the three point cross over the chest then quarter turn.

The most original choreography after Thriller was his video with his sister on “Scream”, a song I actually grew to like yesterday. I give her credit for that.

@FlyingChainSaw: Jay Graydon moved MT beyond progressive cabaret into a really tasty if fuzaky conceit but the members of MT clearly owned the music in that Extensions and Mecca for Moderns were obvious destinations that were waiting for them on the trip they’d begun together musically and personally many years before.

Those were interesting days when Manhattan Transfer morphed from a lush oldies sound into something intriguing. Even if I did stop paying attention after those two albums. No fault of theirs; it was me who drifted.

@nojo: Speaking of vocalese, I saw Mark Murphy perform at a local jazz club a year or so ago. I didn’t recognize him — I thought he was just another L.A. bum until he got up on stage. Still has some chops.

@Dodgerblue: For the longest time, I thought Mark Murphy was black. Must have been that early Gil Scott-Heron vibe.

@Dodgerblue: All of their stuff was masterfully performed but, till Graydon’s arrival, the best of their work was essentially a tribute to Lambert, Hendricks and Ross or a kind of progressive cabaret. (Hendricks sang on their Vocalese album in recognition of their predecessors’ influence.) It was intriguing, in a way like early Weather Report as a vocal ensemble. I have Extensions and Mecca on vinyl and on CD for the car.

@FlyingChainSaw: I loved early Weather Report with Joltin’ Joe Zawinul, Mr. Vienna Soul. Saw Joe with Cannonball Adderly at UCLA for next to nothing (all I could afford at the time) when I was a student. I still remember — when they rolled into “Mercy Mercy” the place went nuts.

Since we’re talking about MJ and music, I present Steve Martin’s version of the “Billie Jean” video from the ill-fated “The New Show” – who remembers that weird one season show? Oddly enough, I do.

Did Katie Connolly from Newsweek really say that, about them both being black? DID SHE REALLY SAY THAT??? What kind of a person even makes that kind of comparison?

And, has anyone considered MJ black recently, especially the black community? It’s not like he was some kind of outspoken advocate of racial equality.

Hey, Clinton likes fucking women, how come no one got his comment on Farrah Fawcett’s passing? Regis Philbin was the host of Who Wants to Be a Millionaire, did anyone ask him about Ed McMahon?

And if Obama had said something about his passing, they would have been all over him for praising a child molester.