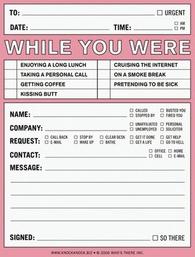 Apparently, there is an unmet need.  And, thus: The Congressional Sovereignty Caucus.

The newspaper crisis isn’t limited to U.S. America, as the dirty commies working at Canada City’s newspaper of record vote to strike.  (In other tales of Canadian high finance: Molson gets a hockey team, while the chief of Research in Motion does not.)

Ahnold’s plane forced into emergency landing.  In other news of flight: RML’s neighborhood about to get more interesting, as groundbreaking takes place for New Mexico’s spaceport.  Spaceport duty-free shopping to follow presently.

Gordon Brown, after the European election drubbing, opens an inquiry into Iraq, and promptly closes it to the public… possibly at the direct request of Tony Blair.

The Junior Senator From The State Of Illinois (says so right on his pre-fab tombstone, so it’s true!) evades a perjury charge.  Of course he does.

A few weeks back I was thinking we could really use a link dump — which is how the morning post started — but I was afraid to ask anybody to burden themselves.

Actually, I don’t think a link dump is actually needed on a regular basis. But this week’s news seemed to be hyper-focused (as necessity dictated, surely). Anyways: I live to serve.

(Important note: the picture is taken from Knock Knock, which comes up with these notepads and other things that are simply brilliant. If I can bestow such things: STINQUE SEAL OF APPROVAL.)

@chicago bureau: Well, frequency is your call as the burdenee, but often there’s stuff that merits a bullet, if not a full post.

Since you mention the Governator, for example, he also exchanged statuary testicles with a legislator this week — worth passing mention in a dump. And opportunities for running gags tend to emerge over time — Lisanti’s Unicorn links had to start somewhere.

But whether or not it’s daily, I really do like the idea. Even when we’re not editorially obsessed.

The new space port, btw, is (a) not that far from Roswell, and (b) is near where a ground based laser was based in the SDI days. Also, Robert Goddard was launching rockets over the desert 20 years before Von Braun and Team Paperclip got these. The Stealth fighter is based nearby at Holloman AFB.

nojo: Well, my contributions to the enterprise have been kind of off for a few months now. (Ah, work.) Maybe a post around 9ish or 10ish might be useful, particularly for West Coast Stinquers who want a place to hang.

@chicago bureau: Perfect, if you can manage it. We have no need to be comprehensive as a website, but my thought a few weeks ago was that it would be nice if we could take note of a few more things on a given day. An evening link dump is also an opportunity to pick up anything we missed.

TJ/Taking a break from harassing Mormons and taking a swipe at Catholics. Have you ever seen Philly’s RC mummy? They dug him up and plopped him in a glass box under the altar. http://www.stjohnneumann.org/

Lil kids are taken on field trips to view this monstrosity and are scarred for life.

@JNOV takes a little english to doctor the spin: I’ve always loved mummies (seriously, ask my brother–I’ve dragged him to the crypt of Irish churches where bodies mummify naturally) but this guy just looks waxen and fake. And that website is a cardinal sin.

@nojo: Forgive me but who is Hunter?

@JNOV takes a little english to doctor the spin:
darling jnov, ew and ew.
ain’t religion grand? i’m over here swiping at the jews, the hassidim particularly. i started going to this little neighborhood group for “spiritual enlightenment” i thought it would be like an EST meeting or something and i’m always up for any enlightenment. we sit around and pass pretzels and joints and discuss torah. someone asked why jews are referred to as god’s “chosen people”
the answer was that jews are commanded to bring enlightenment to the world, as after all, the god of abraham is the same god of islam and christianity. that all religions are splinter groups from judiasm.
how’s that working out for everybody? ugh.
again, let me remind you of george carlin’s assessment:
“if there is in fact a god, he/she/it is a total fuck up”
yeah, can you imagine how my commentary is received? they keep inviting me back anyway because i provide the comic relief and the best pot. watched tom and denzel this week in “philadelphia” and thought of you in that wretched beautiful city we call home, that scarred me for life for so many reasons. please please come visit me in paradise this winter.
our year anniversary of talking on the phone for hours during the hurricane and discovering we were separated at birth is coming up.
i will fly you down. .xoxo

@baked: Whoa? Seriously? I AM THERE!

Glad you’re interjecting some sense into this group. I was interested in Hasidism for a while — stuff like shomer negeyah (sp?), but there are too many splinter groups to keep it all straight. Thought a lot about mikvahs and their ancient use for washing the dead and how that whole Baptism of the dead business wiggled it’s way into the Bible and then Mormonism.

Good to hear from you, My Love!

Oh, and I don’t smoke anymore, if that matters. Contact highs are welcome, though…