Stinque
Home Latest Comments Log in
If it smells, we’re on it.
Stinque
This is America.
Manufactured Goods 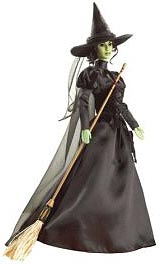 Taking time out from their extensive Iran coverage — two headlines buried way down their 46-headline homepage — WorldNetDaily is pitching an exclusive! story about what matters to Americans: the shocking truth! behind Carrie Prejean’s firing as Miss California.

In an interview with Fox News’ Bill O’Reilly, [Prejean attorney Charles Limandri] said the head of the Miss California USA pageant is an open homosexual who does not approve of Prejean’s opposition to same-sex marriage — and that is the real reason he terminated her contract.

An open homosexual running a beauty pageant? In America? Next you’ll be telling us they also design the gowns.

On the other hand, Donald Trump, the open asshole who actually owns the operation, is quoted saying he agreed with decision, once Prejean’s promotional shelf-life expired: “To me she was the sweetest thing. Everyone else — she treated like shit.”

Who do you think Palin is *really* going to pick as her running mate? After she vets Prejean carefully, that is.

@Serolf Divad: I am excited about the prospects of a Talibunny/Shawna Forde ticket in 2012. Crazed rambling speeches about jesus, white power and shooting messicans. Ads with long slo-mo make out scenes between Shawna and Talibunny. Shawna and Talibunny appearing at rallies of gun owners and leading the surging crowds of thousands in mass target practice sessions on oversized cut-outs of Obama.

Ah, gotta love the “kiss up, kick down” personality type. Shows that the boobs weren’t the only thing fake about Prejean.

Makes her all the more boner killing.

@baked: Stormy is too smart to get on the HMS Palin.