Look Back in Anguish 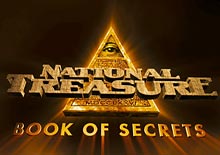 Let’s start out by granting that Nicolas Cage Barack Obama gave a commanding speech at the National Archives yesterday, expressing in welcome detail the national-security challenges he faces and the means he intends to address them.

And then let’s dwell on what he didn’t say.

Briefly: Barry, unlike Harry Reid, is not frightened by Carmina Burana. Rather than succumbing to fear-mongering on Guantanamo, he disposes of those political tactics decisively.

Which makes it even more disappointing that he implicitly endorses another nefarious Republican line: couching his disagreement with the Bush torture regime as a policy difference.

The Full Turley, as we’ve come to call it, is the position that the torture regime was a willful violation of international treaties and United States law. And not just any law — one that carries the death penalty in enhanced extreme cases. This is literally a grave matter.

But watch how Barry sidesteps the subject, while professing to address it squarely:

We’ll allow that he uses the word “torture” four times in some six thousand words. But not once does “illegal” appear.

And that’s what makes Barack Obama accessory to a crime: By refusing to pursue the crafting of torture doctrine as a prosecutable offense, or even merely saying torture is not only wrong but illegal, he’s legitimizing torture as a “policy” in the first place, albeit one he disagrees with. Torture’s not a card he chooses to play, but it remains a valid option.

Oh, but aren’t torture techniques a thing of the past? After all, says Barry, “I ended them once and for all.”

Well, no. You issued an executive order. Your successor can rescind that order. For that matter, so can you. As your flack said Thursday, “The only durable and lasting way to overturn policy is to do it by law.”

Not only that, the same man who decries being labeled as a Bushie for continuing some of the worst actions of his predecessor also deploys the Bad Apple canard:

“I recently opposed the release of certain photographs that were taken of detainees by U.S. personnel between 2002 and 2004. Individuals who violated standards of behavior in these photos have been investigated and held accountable.”

You mean Cheney, Rumsfeld, Gonzales, Bybee, Yoo, Haynes, and their criminal conspirators have been brought to justice? Silly us. You mean that while the folks following orders will be prosecuted, the folks giving those orders will be held harmless.

This is one of those things that really pisses me off. But it’s early and I have a dentist appointment this morning. Regular checkup and all.

Barry should seriously consider Jesse Ventura as the nation’s leading critic on torture.

As your flack said Thursday, “The only durable and lasting way to overturn policy is to do it by law.”

No need – the “program” is already illegal under both federal and international law.

Okay, I’m no longer on the fence about any of this. Our pitchforks versus their teabags and the others’ “policy differences”?

Or just a good dinner at Cafe Prom as they ready the HMS Molly for mid-summer sail?

Goddamnit, goddamnit, goddamnit.
You don’t get to call war crimes and crimes against humanity “techniques” and “policies” and “approaches,” even if you are a popular and charismatic new president.
I’m getting a really bad feeling.

Nothing new there: politicians try that move all the time — just look at Shrub. Only Barry’s rhetoric really does soar, which is what separates him from the pack.

I must have been fifteen or twenty minutes into his speech before I realized what he was pulling, and hastily scribbled “policy differences”. And Rachel opened her show last night noting that he was proposing an “ad hoc” prisoner policy (“detainee” is another weasel word) barely a sentence after he dismissed such things.

But here’s the thing: Some of us actually buy into that rhetoric, which makes the reality all the more disappointing. At least we knew that Shrub was cynically lying through his teeth.

Bottom line: Barry is saying “trust me.” I’d prefer to trust the Constitution.

@blogenfreude: Your Man Turley is advocating a special prosecutor, and I’m starting to see the wisdom of that position. Among other things, Barry is complaining that all those congressional inquiries are stretching Holder’s staff thin. Fine. Staff up somebody else.

Do you think he is susceptible to public pressure on this?
Perhaps the awesome power of Left Blogistan can be brought to bear.
I keep hoping that the media will start framing these questions properly, America will be outraged and disgusted, and justice will get all juggernauty. (Juggernautical?)

@Jebediah: I think it’s been apparent for some time that while Barry doesn’t want to get in front of torture prosecution, he would acquiesce to a broad public outcry.

Only not exclusively from the “Left”. (Again: Why is justice a left-wing cause?)

He met Wednesday with leaders from the ACLU, HRW, and so on, and they gave him an earful, but he didn’t budge. Nor, someone there noted, did he pass the buck to Holder.

As far as what would lay the groundwork for a Broad Public Outcry, well, journalists doing their jobs would help. And some indeed are. But on the whole, torture is still being covered as a “political” issue, which is exactly how the Republicans want to frame it, and exactly what Barry is allowing.

As I used to say back in philosophy days: Grant the premise, and you’ve lost the argument. And here we are.

@nojo: But on the whole, torture is still being covered as a “political” issue, which is exactly how the Republicans want to frame it, and exactly what Barry is allowing.

And I think Black Eagle has found himself playing cards – alone – with Dead Eye Dick Cheney. Unclear who’s dealing, but this is the Reanimated One’s game.

@Nabisco: But Barry holds the trump card: Pardon the bastard. If we have to play politics, let’s officially forgive them for the crimes we’re too chickenshit to prosecute.