Words Have No Meaning 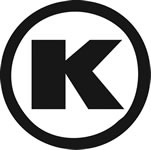 Apparently Israel has its own Michele Bachmann:

JERUSALEM (AP) — The outbreak of swine flu should be renamed “Mexican” influenza in deference to Muslim and Jewish sensitivities over pork, said an Israeli health official Monday.

Deputy Health Minister Yakov Litzman said the reference to pigs is offensive to both religions and “we should call this Mexican flu and not swine flu,” he told a news conference at a hospital in central Israel.

I thought Vagina was Kosher. It’s penis that needs a bit of a trim before it becomes Jewish.

Is the media in a frenzy over this or what?

IT’S JUST THE FLU, PEOPLE! Go to the doctor and get a shot if you have it. Also: Good reason not to go to work.

But that’s about it.

@Tommmcatt the Wet Sprocket:
The reason why the health authorities are freaking out is because of the similarity to 1918 where most of the fatalies were “healthy” people between the ages of 20-40.

Olds and babies are always vulnerable to the flu.

It’s a different world now. Much better medical infrastructure, comparatively, and better drugs. If a healthy 35-year-old in a developed country dies from this it’s becuase they didn’t get to the doctor until the very last minute. Now, in Mexico and other less developed places, I can see a little anxiety as realistic, but for us? Put out the bulletins, make sure the drugs are available, but stop the panic.

I’m talking to you MSM. Stop whipping up a frenzy because it’s easy to report on.

@Tommmcatt the Wet Sprocket:
Of course, no one mentions that the horrific air pollution in Mexico might makes the swine flu worse.

My first thought at hearing this was, if there were a society where birds were considered unclean and its government requested that “bird flu” be renamed “Chinese flu,” what would happen? Oh, that’s right, they’d be laughed out of the freakin’ building.

May I propose a compromise: this flu can be renamed “Mexican flu” but from now on syphillis will be referred to as the “Israeli pox” in deference to the fact that Litzman is a douchebag.