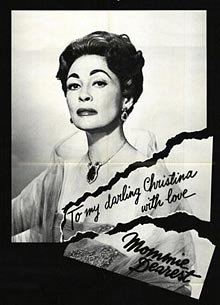 Back when we were first introduced to America’s Talibunny, there was an anecdote making the rounds about Sarah Palin’s first run for Wasilla mayor. Wasilla, you’ll recall, is a small town, only 5,500 lost souls in 2000. And the anecdote came from the famous Anne Kilkenny email about Sarah Barracuda before the fame:

She has bitten the hand of every person who extended theirs to her in help. The City Council person who personally escorted her around town introducing her to voters when she first ran for Wasilla City Council became one of her first targets when she was later elected Mayor.

The New York Times followed that up with a long story and telling summary:

Throughout her political career, she has pursued vendettas, fired officials who crossed her and sometimes blurred the line between government and personal grievance.

And then there was Troopergate, but we’ll pass over that and head straight to the statement issued in Palin’s name Friday:

“We’re disappointed that Levi and his family, in a quest for fame, attention and fortune, are engaging in flat-out lies, gross exaggeration, and even distortion of their relationship.”

We’re enjoying the trailer-trash soap opera as much as anyone, but let’s get some facts straight.

Levi and Bristol were teenagers doing what teenagers do, sometimes with better advice than they were given, and they would have been a footnote to Alaska politics had not John McCain cravenly chosen Palin as his runningmate to mollify the religious right.

And even then the pestorking may have been only a footnote to the Republican convention, had not the Republican National Committee announced the blessed event in a news release, kidnapped Levi from a hunting trip, demulleted him on the plane, and set up a tarmac photo op when he arrived at the airport.

Levi’s probably not the greatest kid — look at his mother — but he didn’t seek fame, and he hasn’t been whoring himself around like Joe the Wifebeater. He was collected, exploited, and spat out by a predatory political machine, and if he now chooses to get a little face time with Tyra, we can’t blame him.

We can, however, blame Sarah Palin for deliberately ruining the lives of the people around her in her pursuit of fame, attention, and fortune. And we do.

nojo
7:00 am • Tuesday • April 7, 2009
comment »
Choose Your Delusion
Take Back Your Cash and Leave a Tall Steaming Tip On Your Way Out Kristol: Obama, Hitler, blah, blah,blah.
23 Comments
FlyingChainSaw

Is it true he offered Tyra the good news?

I wonder if he got his piece of the 300K People (why?) magazine paid for his/Bristol’s baby’s photos. I’m guessing, NO.

It will be interesting to see how “real ‘murica” reacts to the latest revelations about Palin. Will it matter to them in the least that Christ’s Arctic Bride allowed her high school aged daughter to shack up with her boyfriend when he spent the night at their place?

The one thing you can say for the GOP faithful is that they are quick to demonize Democrats for their perceived moral failings but are almost infinitely flexible when excusing the sins of their own. As long as it doesn’t involve teh gay or an abortion they’re perfectly happy to support drunks, adulterers and draft dodgers.

Holy Crap… Kumar of “Harold & Kumar” fame is going to work at the Whitehouse.

Is Obama the awesomest president evah, or what?

I just hope the two smoke at least one fatty together.

@Serolf Divad: Great. That article just revealed a serious plot development from what must have been last night’s “House”.

ADD: D’OH! I finally get the tweet feed…damn you TIVO-driven life!

Fortunately, we are above that sort of thing.

Speaking of the Talibunny, just spotted this on HuffPo…

As for the demonizing part, who knows, perhaps we all do. But ask Eliot Spitzer how forgiving Democrats are of their leaders’ moral failings, and then ask David Vitter the same thing about the GOP. Ask Don Imus how tolerant his mostly centrist to liberal MSNBC audience was to racist banter and then ask any of a number of conservative talk show hosts the same.

I do think there are different standards in play.

This is relevant to our interests: Apparently, Levi opened his pie hole on Tyra Banks’s talk show (this exists now?). The headline, per CNN:

Bristol’s ex: Safe sex ‘most of the time’

This is linked to a CNN video. I can’t bear to watch, so I will take the headline at face value and leave it at that.

@Serolf Divad: Your avatar is Bertrand Russell, is it not? You/he were/was very polite in the famous letter to Gottlob Frege, destroying Frege’s entire life’s work in a couple of sentences by pointing out the application of the Russell Paradox to Frege’s attempt to reduce arithmetic to a system of logic through set theory. But the Repubs would have no trouble with the Russell Paradox because, as noted by distinguished Stinquers above, logical inconsistency doesn’t faze them at all.

But it is important to continue to speak truth to the disempowered.

@Serolf Divad: @Nabisco: @mellbell: I am soooo glad I got to watch it last night, instead of waiting for hulu. And thanks, SD, for providing the explanation for what seemed an insane plot twist (all I could think was, why not that annoying-stick-figure-who-can’t-act “13”?). And Kumar is even cooler than I imagined.

@Mistress Cynica: Ms. Nabisco was traveling until today and would have killed me if I had watched it alone. So I flipped between Sport and a history channel docu on Che, which was pretty lame. Fell asleep to KeefO with kitteh perched on my chest. Ahh, bachelorhood!

@Mistress Cynica: But but but… it doesn’t fit with his character at all. Does it in any way work?

@chicago bureau: MSNBC would be happy to take us back, if we weren’t such fucking potty mouths.

@Serolf Divad: Get the fuck outta here! He taught a class at Penn a couple of years ago. I lerve him, and I will miss him. But House has gotten kinda old anyway.

TJ/IT’S BASEBALL SEASON! It just seems like a couple of months ago that the Phillies won the World Series, and my neighbors trashed the City of Brotherly Love. They looted. They threw newspaper honor boxes through windows and looted. They urinated in public. They vomited in public. They overturned police cars. They set stuff on fire.

We had a parade. They left their homes at 7 am to catch the commuter trains to the city. They were already drunk. They had more liquor with them. They trashed the city. They urinated in public (and took pictures!). They vomited in public. They walked down the streets pulling their coolers behind them. And they got bored and started fighting.

I worked until 9 PM thinking the drunk assholes would be home by then. No such luck. They were irritable and fighting on the train platform. And my train was 88 minutes late. So I said, Fuck it, and took the El (elevated train, even though some of it runs underground) to a bus, and I made it home two hours later.

Oh, Gods of Baseball, hear my plea! Please don’t let the Phillies get anywhere NEAR the World Series. It’s not difficult to trash Philly — it’s a pretty gross city, but it gets so much grosser when a Philly team wins something. Gods, we don’t deserve to win anything cuz we don’t know how to act when we do. Please punish us accordingly.

There are no atheists in dugouts.

@Tommmcatt the Wet Sprocket: Damned straight! And I implore the Baseball Gods to bypass Philly this year. Fools went out and tore shit up on the night we won, and then they tore shit up all day and all night on the day of the parade. St Patty’s Day (which we celebrate for a WEEK) is enough. We don’t need no stinking championships!

@JNOV: I’m feeling good about the Pirates this year. Although I say that every April, and by mid-summer the only baseball I follow is in the minor and little leagues.

@Nabisco: Did Pitt get trashed after the Superbowl?

@JNOV: Barely. In fact, the wingnuts used the lack of riots to complain about the use of tax money to pay for all of the overtime cop time without incident. One of those wingnuts being my uncle who actually rooted for the Cardinals because the Steelers coach is – wait for it – “too young”. This is the same uncle who introduced me to the phrase “canecutters” when he described the all black and/or latino Pirates team that was fielded in the 70s, so “too young” was code, obvs.

ADD: “Root for the Pirates. We’re on the side of the state that rarely riots after Sport!”