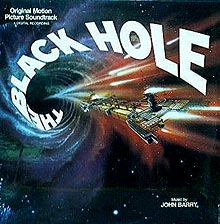 A nation’s thanks go out to the elected representatives of the great state of Wyoming, who took a noble stand this month to prevent our Republic from descending into tyranny.

A tyranny of their own devising, but we’ll get to that.

What they did two weeks ago was pass a resolution rescinding their state’s earlier call for a Constitutional Convention. The action follows an alert issued in December by the American Policy Center, publisher of “Why the UN is Worthless to Human Existence,” which feared the consequences should alien usurper Barack Obama get his mitts on our sacred documents:

“Don’t for one second doubt that delegates to a Con Con wouldn’t revise the First Amendment into a government-controlled privilege, replace the 2nd Amendment with a ‘collective’ right to self-defense, and abolish the 4th, 5th, and 10th Amendments, and the rest of the Bill of Rights.”

The country was only two states shy of convening a Constitutional Convention. Only it wasn’t the godless commie gun confiscators who whipped up the frenzy for a Con Con in the first place. That honor belongs to, um, the same people now trying to stop it.

The modern movement got underway in the early 1980s. Its purpose? A balanced-budget amendment.

Con Con. Do you think people would dress up as the Founding Fathers and stuff? What do you think the swag would be? Who would be manning the autograph booths?

Also, THREADJACK! Has everyone voted for my Dream Assignment, photographing expats around the world?

PLEASE VOTE and harass everyone you know to do the same! I need some serious votage before April 3. This is your chance to throw an election!

Is this sorta how filibusters are a tool given to the Godless by Satan when Republicans are in the majority, but it’s suddenly a bulwark against the tyranny of the majority when Democrats are on control?

I didn’t realize these shitheads cared about the 4th Amendment. Or the 5th, for that matter.

@SanFranLefty: Or, really, any of them. Except for probably the 2nd. Just a guess, though.

RomeGirl: Actually, I want to start a Ninth Amendment Fan Club. So overlooked, yet so, so important.

@chicago bureau: The Ninth Amendment, a.k.a. “All that is not explicitly forbidden is permitted”?

@chicago bureau: @SanFranLefty: You totally want to have 10,000 of the 9th Amendment’s babies.

@SanFranLefty: They need the 4th so they can suppress the kiddie-porn evidence when they get caught.

There’s a very satisfying circular pattern to it,isn’t there? Wingnuts agitate for constitutional convention, movement gains momentum, Wingnuts notice, then whip themselves into a frenzy resisting it.

Soon they won’t even have to involve the left wing at all…just one huge daisy-chain reach around, forever and ever and ever….

@RomeGirl: A photographer I used to work with who has since found God says he’s up in 59th place with this project:

Disaster and war dominate the media, but another force is at work in the world. Divine love drives ordinary people to extraordinary service. The Face of God will document 10 stories of world-changing people whose weapons are love and faith.”

I told him I already voted.

Meanwhile, that snubbing of major print outlets at last night’s shindig (covered in real time by this very blog you’re reading right now) is getting mouths running in the blogosphere. AP and AFP got in. And there was the Moonie Times and Stars & Stripes. And that was it.

(And no: the Moonie Times is not a major print outlet. In case you were curious.)

@Serolf Divad: I’ve also heard that it’s treasonous to call on a Wartime President to fail.