Stinque
Home Latest Comments Log in
If it smells, we’re on it.
Stinque
This is America.
Stinque Book Club

Let’s Do the Time Warp Again 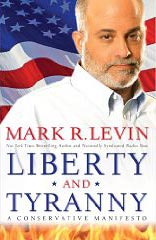 Blurb: “In the face of the modern liberal assault on Constitution-based values, an attack that has steadily snowballed since President Roosevelt’s New Deal of the 1930s and resulted in a federal government that is a massive, unaccountable conglomerate, the time for re-enforcing the intellectual and practical case for conservatism is now.”

Review: “Yes, it’s beginning to look like the USA cannot be fixed, so maybe the former Confederate States of America should secede again — some of the plains and mountain states could probably join us. I feel sure that it would stick this time.”

Footnote: We thought the time for “re-enforcing” the intellectual and practical case for conservatism was 2001-2009.

Review: “Yes, it’s beginning to look like the USA cannot be fixed, so maybe the former Confederate States of America should secede again — some of the plains and mountain states could probably join us. I feel sure that it would stick this time.”

Yes, yes it would. Not because Jeebus Land has more guns or smarter, but because a lot of people would be more than happy to see you guys go so they don’t have to give you boneheads their hard earned tax money.

Can you imagine how much money we would save if the inbred states went away? Alaska alone takes so much of our cash.

Glad I could help with today’s Twitter message! Such unintended alliteration!

I am totally going to buy some Nojo Jungle Babies, just to be able to say that I did.

@SanFranLefty: Today I wish I could figure out how to use Twitter, because I finally have the perfect tweet:
The day can only get better when you wake up with cat poo in your hair.

@Put a Tommmcatt in your tank!: Those are totally unlicensed. I told them no deal unless the plushies were anatomically correct.

@Mistress Cynica: We once almost had sex in cat barf. She’d barfed in the bed, and we didn’t notice until … nevermind.

@Mistress Cynica: You must be truly an optimist, whether you realize it or not (and perhaps you are a morning person, too?). If I had awakened to cat poop in my hair, it’s a lead pipe cinch that I would NOT have thought that the day could only get better after that. I would have thought of murder and suicide and used some very bad words and lots of them. My heart goes out to you.

When petsitting at my son’s house, I used to sleep over there so this night person could stagger out of bed to let the dogs out early and make coffee there before walking them. But that was before the night I awoke around 4 am and while turning over found my arm in something cold and wet, cat vomit I believe. Pets require almost as much forgiveness from us as spouses.

@SanFranLefty: Alliteration? Heavens, no — absurdist decontextualization. We’re all pomos on this bus.

@lynnlightfoot: I believe, as Kundera wrote in “Unbearable Lightness” that we love our pets better than we love our partners–not more, but better. We don’t expect them to change or to conform to our expectations. We let them be and lovethem for exactly what they are.
Also, it’s easier to forgive a creature who literally shit on you because of a physical problem it can’t help than it is to forgive a sentient human being who metaphorically shits on you, with or without malice aforethought. Frankly, kitty has been so ill that I checked first to see if there was blood in the stool and felt enormously relieved when there wasn’t. Then I ran to the shower.

@Mistress Cynica: Poor little kitty! How is she doing, other than pooing in her mistress’ hair?

@SanFranLefty: He’s better. I’m encouraged enough to actually clean the house and start washing all the slipcovers/towels/old sheets I’ve been using to protect the upholdstery. I’m actually letting him sit in the sun on the front porch right now, even though I’m so overprotective still that it’s killing me.
Thanks for all the good wishes and candles to St Francis.

@Mistress Cynica: When we discovered that Akbar was terminal, it was all about quality of life for her. The cat yak on the carpet suddenly didn’t bother us so much.

Needless to say, our thoughts are with you, Cyn.