Light Unto My Path 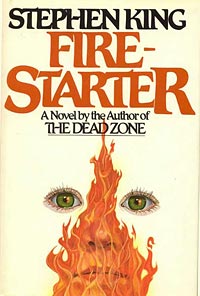 Through some miracle of God’s will, Australians don’t fall off the bottom of the Earth. But, as our Oz Correspondent informs us, one of the Lord’s minions is doing his best to try.

Our guest preacher today is Pastor Danny Nalliah, who dreamed last October of raging fires. Upon awakening, he realized it was…

“a flash from the Spirit of God: that His conditional protection has been removed from the nation of Australia, in particular Victoria, for approving the slaughter of innocent children in the womb”.

We’ve seen Gallipoli, so we’re not entirely sure when that conditional protection began. Perhaps it was when Steve Irwin died for Aussie sins.

But to the matter at hand: Pastor Danny was in the news this week, claiming his divine nightmare foretold Victoria’s brushfire disaster, which has claimed more than 230 lives. “The Bible is very clear,” he said. “If you walk out of God’s protection and turn your back on Him, you are an open target for the devil to destroy.”

Pastor Danny stands by his premonition, as do we. In fact, based on the evidence at hand, we are forced to conclude that he caused the inferno while the Lord was vacationing on Venus. Pastor Danny, you see, is the leader of Catch the Fire Ministries.

Man, 39, charged with arson over fatal Churchill bushfire [The Australian/CB]

Wait — I thought it was teh Gheyz that were responsible for things like this. Or maybe that’s just 9/11.

@rptrcub:
Katrina. Sort of. The gheyz and free seks attracted the aborted fetus shaped Katrina to New Orleans according to the dumbasses.

Seriously, if this ‘roo turd of a pastor had a vision then why didn’t he tell anyone instead of being selfish and keeping it to himself.

Looks like we’ll need to add racketeering to the list of Gawd’s crimes, then have Him picked up for questioning. I hear he also runs the numbers.

@Original Andrew: I heard he was also pimping out Joan of Arc to Satan’s minions.

@rptrcub: Obviously the fires were set by gay abortionist arsonists. Imagine how busy those guys are!

Here’s an excellent article from the NYT that compares and contrasts the economic crises facing Japan and the US that we were discussing yesterday.

“I thought America had studied Japan’s failures,” said Hirofumi Gomi, a top official at Japan’s Financial Services Agency during the crisis. “Why is it making the same mistakes?”

@ManchuCandidate: The same reason John McCain hasn’t told anyone where Osama bin Laden is, even though all last year he knew how to catch him. Seems to have slipped his mind sometime in November.

DEVELOPING HARD: Economy was not three hours from meltdown in September as previously reported.

Source on the $500bn outflow that was the supposed catalyst for MELTDOWN CITY was the New York Post. Which raises questions of its own.

What if Paulson used the New York Post story as grounds for telling Kanjorski this?

And what if Paulson put this story in the “Leak This To News Corp. Outlets” pile (as a matter of routine don’t you know) which then allowed Paulson to say to Kanjorski that the economy was going to implode?

And why would Kanjorski repeat it if he knew it to be a big ball of crap? (Obvious answer being to push the stimulus bill through quickly or to cover one’s ass for one’s support of TARP; less-than obvious answer… not obvious at this time.)

All this and a round of self-abuse / correction for the previous post in question, coming up tonight, after news from your local Stinque television stations.

[Fearless Leader Nojo, who has not posted recently on aspects of the anatomy of the human female or potential Senate candidates with interesting histories in the small-budget film industry (all to his good credit), provided me with the link to Political Wire. Hat tip to him.]

Gotta luvs the fear. If reason and logic don’t work then scare the shit out of them!

Also, you know whose fault it is that Octo-ma had 8 babies? Lesbians!

The hand rocks the bush rules the world, my friend.

What I find to be overwhelming is the amount of money raised and in what little time it was raised.

Currently over 50 Million dollars has been raised for the Red Cross here in Australia and most of that coming from private donations. But corporates have been doing their bit too. Each of the 4 major banks have kicked in a million dollars, the Coles supermarket chain has pledged Friday’s profits from trade will go to the appeal, my employer has pledged a dollar for dollar matching of donations made by employees.

The banks are cancelling Mortgages where the house has been destroyed, and an immediate family member has died, or will suspend the mortgage fully until the house has been re-built. It’s amazing what a bit of arm twisting by the Federal Treasurer will do (He that holds the bail out money.)