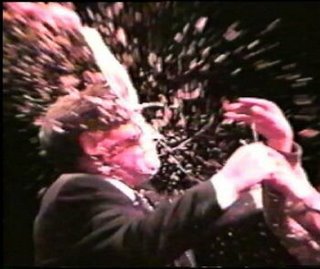 “If [Hillary Clinton] gets a race against John Edwards and Barack Obama, she’s going to be the nominee. Gore is the only threat to her, then. … Barack Obama is not going to beat Hillary Clinton in a single Democratic primary. I’ll predict that right now.” —William Kristol, Fox News Sunday, Dec. 17, 2006

Weekly Standard editor and New York Times columnist William Kristol was hardly alone in thinking that the Democratic primary was Clinton’s to lose, but it takes a special kind of self-confidence to make a declaration this sweeping more than a year before the first Iowa caucus was held. After Iowa, Kristol lurched to the other extreme, declaring that Clinton would lose New Hampshire and that “There will be no Clinton Restoration.” It’s also worth pointing out that this second wildly premature prediction was made in a Times column titled, “President Mike Huckabee?” The Times is currently rumored to be looking for his replacement.

Make sure and click through the C&L link to Foreign Policy and read the long version.  After the jump, an abbreviated list of the other honorees.

2. Jim Cramer of Mad Money, for advocating holding onto BearStearns stock six days before it lost 90% of its value and was eventually sold to JP MorganChase.
3. Dennis Blair and Kenneth Lieberthal, for seriously underestimating the potential risks to oil tankers along shipping lanes.
4. Donald Luskin, for not only denying the existance of a recession, but questioning the sanity of anyone who thought we might be in a recession.
5. The Economist Magazine, for their rose-colored view of Kenya’s presidential election.
6. Business Week for their prediction that Hillary Clinton and Michael Bloomberg would duke it out for the Democratic nod, only to have surprise underdog John McCain win the presidential election.
7. Scientist Walter Wagner for his opposition to the Large Hadron Collider by suggesting everything from mini-black holes to all out planetary destruction would result.
8. Goldman Sachs analyst Arjun Muti for predicting $200/barrel oil by year’s end.
9. Charles Krauthammer, for his completely wrong forecasting of the battle between South Ossetia and Georgia…(not predicting foreign warfare correctly is a specialty of Krauthammer, evidentally).
10. Henry Paulson, for assuring that the banking industry was stabilized by his magic spewing of $700 billion to various industries with little to no oversight.

This is almost as much fun as Bulwer-Lytton time.

You mean that’s not a still from Scanners?

@nojo: I kinda prefer that episode of ST:TNG where that alien possessed dude’s head explodes.

Virtually every prediction that has passed through Kristol’s shit-eating grin has been wrong. The guy is NEVER right, yet he is somehow a pundit?

None of them are ever right about anything. Why ruin a perfect record?

Nick Denton (A-Gawker): I’m going to be the J.P. Morgan of the publishing world! Now, let me just tweak Wonkette a little…

@nabisco: Poor Denton, I have read that lameass thing he writes for, what is it, CNN, or AOL, god, sad, phoned in, unfunny, lame as all get out.

@nabisco: More like TitleMax down the street from me.

His real crime, though, is his current prediction that Obama will wreak havoc on the already decimated US economy in 2009. It’s not that I believe it won’t happen; I am just honor-bound to seek to destroy anyone who pisses on my hope parade.

@problemwithcaring: Yeah, and he’s getting the big head for being right about the stock market. TIme to remind folks he’s far from perfect.