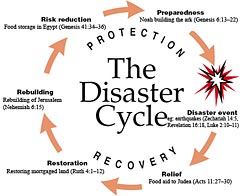 All-star wingnut Warner Todd Huston is sick and tired of all the Republican bellyaching about Sarah Palin — in particular the baseless accusation that Talibunny was the worst veep choice ever:

A look at recent history can only serve to deflate that ridiculous claim. There have been far worse picks than Gov. Palin and only the extremely emotional state of mind that this past election ginned up could obscure the historical record.

Let’s take a moment to savor this. Huston, who argues that “Palin should be given a leading role in the GOP in the future,” is trying to bring some perspective to the post-disaster discussion among the mentally deranged. She wasn’t that bad — not as bad as George McGovern’s ill-fated first choice. And certainly not as bad as George Wallace’s 1968 running-mate — for the American Independent Party.

Which means Huston is not limiting his comparison to the major parties. Which implies that Palin was worse than every other vice-presidential candidate in the past forty years.

In other words: Palin was a better choice than Curtis LeMay — but worse than James Stockdale.

You remember him: Ross Perot’s wingman. Introduced Existentialism into presidential politics with his immortal soliloquy, “Who am I? Why am I here?” We recall Phil Hartman’s take on him and laugh, but at least he didn’t hold press conferences in front of slaughtered turkeys.

And so we heartily applaud Huston’s courageous attempt to set the record straight, and wish him godspeed in his quest to keep Palin on the national stage. Especially since he’s also a Fred Thompson fan. 2012 is looking absolutely delicious.

Was Palin the Worst VP Pick Ever? [RedState]

This Huston fellah really knows leadershit when he sees it. A supporter/excuse maker for Dipshit McGoo AND Simple Sarah. EPIC FAIL.

At least Curtis LeMay had foreign policy experience. Sure it was firebombing the Japanese and Germans, but that’s more than Simple Sarah.

However, they both had/have the same reactionary desire to kill everything/one they deemed unfit. If JFK didn’t shut out LeMay, WW3 would have happened because of Cuba.

@ManchuCandidate: The whole SAC crowd was crazy. LeMay and Christopher Anderson frightened Ike to no end, in part, because they shared some important traits with Talibunny – like apocalyptic zeal. When Ike confronted Anderson about the bouncing rubble doctrine and reminded him that the military’s job is the preservation of civilization, Anderson responded with something like, “But Mr President. When I go up to Jesus, I want to be able to tell him I saved the world from Communism.”

FlyingChainSaw: You know, LeMay did say that he wanted to bomb North Vietnam into the Stone Age. So The Cheerleader was actually worse than LeMay — LeMay had experience and know-how about bombing people into the Stone Age, as ManchuCandidate rightly points out, while Sarah Plain & Tall had experience and know-how about jack squat.

I think the Amazon ad is based on one’s own personal preferences. I’m looking at the books and one of them is (oddly) about the US SIOP (Single Integrated Op Plan) aka Nuke War. I bought a few of these books about this “happy” topic while I was doing research for my manuscript.

@ManchuCandidate: Amazon is definitely checking its cookies — I’m getting a tantalizing mix of Adult Swim, Adobe, and Sinatra. If I wanna see what the “generic” selections look like, I use a different browser — and then it’s all Kindle, all the time.

@al2o3cr: Very rare that any get through — registration blocks most automated systems.