Stinque
Home Latest Comments Log in
If it smells, we’re on it.
Stinque
Lovely day for a Perp Walk.
Posts
Big Shitpile 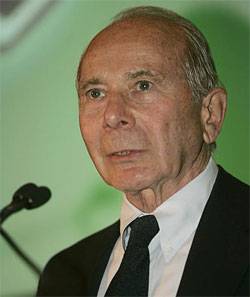 We just gave AIG $30 billion.  AIG is also suing us over a tax matter, so we’re paying to sue ourselves.  And now we’re going to pay for AIG to defend itself from … its former CEO:

This is sad and kind of awesome. Maurice “Hank” Greenberg, the man who built up AIG into the global powerhouse, before being forced out by Eliot Spitzer, is suing his old company for securities fraud. Greenberg says that mirepresentations by the company caused him to overpay for the stock.

It’s as though he killed his own parents and is now complaining because he’s a fucking orphan.