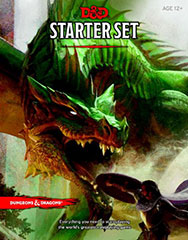 Review, Illustrating Everything We Hate About D&D…

Characters have races (e.g., human, elf, halfling, etc.), classes (e.g., fighter, wizard, rogue, etc.), backgrounds (i.e., backstory that both provides motivations as well as some specific skills), and equipment. Each character has six primary attributes called abilities that include the standard set of: Strength, dexterity, Constitution, intelligence, wisdom and charisma. These ability scores generate modern fires in ranges. For example, an average ability score in the 10 to 11 range has a modifier of zero.

Those of you who have played D&D before will remember that there are saving throws. In the original version of AD&D and AD&D second edition, these consisted of five separate saves for magic, death, etc. In editions three and four, this number was reduced to three, will, fortitude, and agility. Now all saving throws are based on the six ability score modifiers.

The basis of the entire game now is based on ability checks.

But, worry not doughty gamers! The core mechanic in D&D has always been casting the d20, adding some type of modifier, and comparing it to something else.

There is a very cool mechanic called advantage and disadvantage. The way it works is if you have a situation that grants you an advantage. Then you roll two d20s and choose the higher of the two to be your roll. If you are in a situation that grants you disadvantage then you also roll two d20s, but you take the smaller of the two rolls to represent your result.

There rulebook covers skills, contests, and the various checks associated with each of the abilities. For example, intelligence checks include: Arcana, history, investigation, nature, and religion. As mentioned previously, saving throws are based on the ability modifiers.

The order of combat rounds remains largely unchanged since the advent of the third edition. You start by determining if surprise has occurred. Then you establish the positions of all of the characters both player characters and nonplayer characters involved. Then you determine initiative, and then you follow with alternating turns.

one thing that has changed is that there is less of an emphasis on purely combat abilities and actions, then then the third and fourth editions.

Footnote: You are fifteen in 1974. You are recruited into something called “Dungeons and Dragons” by the nerdiest older kids at your high school. You are shown the twenty-sided die — this is when you learn that “die” is the singular of “dice”, and woe betide you if you get that wrong — and “character sheets”, and grid paper that serves as the most confusing game board you’ve ever seen. The rest of that evening is a blur of arcane rules that must be mastered on pain of exclusion.

You make yourself a solemn promise that whatever you will be when you grow up, it will not be like them.

And check these out.

@blogenfreude: I was one of the many who thought they were married. In my defense, I was in elementary school at the time.

@blogenfreude: And how many fucking times did Mannix get shot in the arm? Dude must have been perpetually in surgery and physical therapy.

@TJ/ Jamie Sommers /TJ: they had a certain chemistry, I’ll give you that. And if you’re interested in modern Polaroid photography, I have bought film from these people: https://www.the-impossible-project.com/

And the Rockford anwering machine ….

@redmanlaw: Speaking of metal, have you heard about the Indonesian president-elect’s taste in music?