Stinque
Home Latest Comments Log in
If it smells, we’re on it.
Stinque
Mastodon: @stinque@mas.to
Lie Back and Think of England 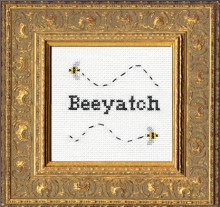 But perhaps the most arresting memory that they take away from being on set with living legend Judi Dench is not her boundless fascination with acting but her penchant for subversive needlework. Her work certainly did not resemble the delicately stitched roses of a Mrs. Bennet. “She makes these like needlework embroideries on set in the tedium of filming”, says MacFadyen, “but they are all: ‘You Are a Cunt’. And she gives them as presents. And it’s Dame Judi Dench. And she is doing this beautifully, intricate, ornate (work). You kind of see the work materializing as the shoot goes on. Like: ‘You Are a Fucking Shit.’ Knightley never received her embroidered cushion from Dench but remarks: “I love that! She gives this fantastic air. She just sits there and she embroiders and you think: ‘Oh, that’s so nice! It’s Judi Dench. It’s so quaint; she’s embroidering a cushion,’ and you go: ‘What are you embroidering?’ And (it says): ‘Fuck!’ Apparently she’s got hundreds of them just covered in swear words or rude sayings.”

Remember that the British/Australian ‘soft’ cunt is a whole lot less powerful than when the word is used here in U.S. America.

@blogenfreude: And fanny does not mean what you think it means.

Do any of them say, “Thatcher”, or would that be too vile a word to repeat in public?

My subversive cross-stitch is framed a ready to go up in my kitchen. It says, “Grow a [picture of a pear]”