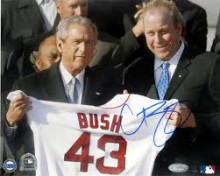 Providence, R.I. game developer 38 Studios knew it was in dire straits before it moved the company from Massachusetts to the Ocean State, according to documents filed in Rhode Island Superior Court.

Rhode Island Economic Development Corp. attorney Max Wistow said there was “crushing evidence” that shows that the former Red Sox Ace Curt Schilling and others at the company covered up financial information, the Providence Journal reports.

Officials from the state of Rhode Island filed a lawsuit against Curt Schilling, other lawyers and executives at the failed video game company, and the former head of the state’s Economic Development Corp., saying they misled the state into approving a $75 million state-backed loan to the company, according to the Providence Journal. According to documents filed with the court, 38 Studios needed more than $75 million from the state in order to proceed.

And of course Schilling is also a longtime loud-mouthed, ultra-conservative, rich Tea Party moron from way back who regularly bemoans that the government takes money that he could be using to create jobs. “I’m not looking, never have been, for handouts,” he told Sean Hannity in March. In May, Schilling’s government-handout-supported company missed a $1 million payment, stopped paying its employees, and begged for millions in tax credits from the state that it could sell to stay afloat.

The tough, gritty, gutsy ballplayer defended himself this week thusly:

I’ve never taken a penny and I’ve done nothing but create jobs and create economy. And so how does that translate into welfare baby? I’ve tried to do right by people.

See, Curt, it translates into “welfare baby” because you are … begging the government to give you more money. (Schilling also blamed independent Rhode Island Governor Lincoln Chafee — who opposed the loan guarantee deal from the beginning — for 38 Studios’ failure, saying that if the governor hadn’t pointed out publicly that the company was out of money, no one would have noticed that they were out of money, and they could have attracted investors from the private sector, who are of course chomping at the bit to throw money at a video game company founded by a former professional baseball player that successfully released one game in six years.)

But with a lot of grit and determination, I am sure Schilling will emerge from this terrible trial slightly bloodied but still totally rich and famous while some schools get shut down or some firefighters are laid off or something because of this gritty new addition to Rhode Island’s budget deficit.

Any chance of a jail sentence for this Randian fool?

The only good thing is that he’ll probably never be taken seriously by anyone again not that it stopped a cement head like Lenny Dykstra to go from steroid infused hitting machine to famous financial adviser to the stars to now debt infused financial fraud.

Which video game did they release? This would tell us much…

@Tommmcatt Can’t Believe He Ate The Whole Thing:
They were trying to make a MMO (massive multiplayer online role playing) game like World of Warcraft but they didn’t have any experience developing an MMO and it was apparently overambitious and over reaching.

Their only release was Kingdoms of Amalur

Speaking of sociopaths, Mad Men season premier is on tonight.

Speaking of sport, I spent an idyllic afternoon at Dodger Stadium today, watching my boys dominate the Pittsbirgh Pirates. I’m off to DC tomorrow to help prepare for a humiliating ass-kicking a vigorous argument in the US Supreme Court, the issue being who wins as between big business and children with asthma. I also hope to catch a Nats game and see a couple of Stinquers.

@Dodgerblue: had to start the second team with crawford and kemp of course sunday. but that finally got the bats going. crawford is kicking ass now after getting thrown out at third against sf on opening day. 35 yr old nick punto showed up. he hits better than ellis or cruz. direct tv showed the extra innnings package free this week end, so i got to watch the dodgers on prime ticket with vin. the stories never get dull.
did you watch the 1-0 game this weekend against aj burnett?