The Majesty of the Wrong Law 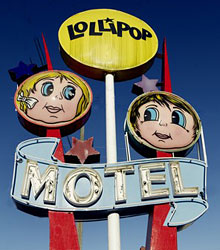 Dear gawd, this is confusing…

Virginia Attorney General Kenneth Cuccinelli has filed a petition with the 4th Circuit U.S. Court of Appeals in Richmond asking the full 15-judge court to reconsider a decision by a three-judge panel last month that overturned the state’s sodomy law.

Okay, not that part. Sounds like fun! The Cooch fights for your right to legally hate icky sex!

The three-judge panel ruled 2-1 on March 12 that a section of Virginia’s “Crimes Against Nature” statute that outlaws sodomy between consenting adults, gay or straight, is unconstitutional based on a U.S. Supreme Court decision in 2003 known as Lawrence v. Texas.

Crimes against nature? Sounds like a great statute to prosecute oil companies!

But here’s the confusing part:

Caroline Gibson, a spokesperson for Cuccinelli, told the Blade in an email that Cuccinelli believes the dissenting judge on the three-judge panel was correct in stating the Lawrence decision applies only to sex between consenting adults in private and doesn’t apply to cases involving a minor. The case in which the three-judge panel of the 4th Circuit Court of Appeals overturned the Virginia sodomy law involved a man charged with soliciting oral sex from a 17-year-old woman.

Near as we can figure, here’s what happened: Somebody in the D.A.’s office was too clever by half and used Ye Olde Sodomie Law to prosecute a creep, when surely something more appropriate was available.

Now that would be news.

Virginia is for Creepy Lovers.

On the same topic: NC GOP reps file bill to make Christianity the official religion of the state. Because apparently they have tons of extra cash lying around to fight that loser up to SCOTUS.

@Mistress Cynica: I don’t suppose the bill would require them to follow Jesus’ teachings.

@Dodgerblue: Nah, just the bits of the Old Testament they arbitrarily decide are cool.