Gays on a Roll! 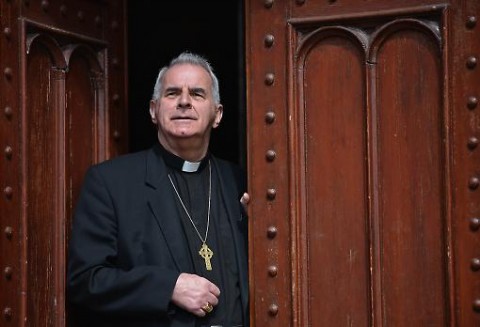 And now there’s this cardinal.

Who said these things.

Tweet
« Curse of the Jelly Bellys
Revenge of The Avengers »

does it make me a bigot to think the catholic clergy is a ‘grotesque subversion’?

true story: one of my best friends since my brief stint in academia starting in 1970 thought he wanted to be a priest before he wanted to make music (we met in the art building of a midwestern university) so he went into the seminary – before he was really “out”. he only stayed for about two weeks because soon after he started he was invited to a party and was horrified by the pda’s going on between priests and priests priests and students and etc. he said ‘if I was going to be queer I wanted to have sex with hot guys not a bunch of weenie cowards in denial”. well said.

At some point, given the tiny cameras that exist, the versatility of phones, there will be high-quality documented evidence. This guy needs to be the first … take him down.

@CaptHowdy: A friend of ours was in a seminary and found the same thing. Mind you, pretty much the same could be said of any all-boys boarding school in the olde country.

@blogenfreude: It seems to be a truism that the more a man works to subvert LBGT rights the more likely he is to be gay. This particular guy was pretty vile but was advocating some important reforms in the church like – ahem – marriage for priests.

IMO never happen. it will stifle the boy farm.

@CaptHowdy: I think it will have to happen sooner or later. In the great history of the Catholic church priests have been free to marry for a longer period than they have not been free to marry. And I could be wrong but even during most of the celibate times they were expected to have a wife, children, mistress, etc on the side.

@Benedick:
maybe but the lunatics are in charge of the asylum now. witness the resignation.

From a certain epic-level-asshat perspective, his stance (wide though it may be) makes sense: ghey marriage would mean fewer self-hating n00bs in the priesthood to prey on.

@CaptHowdy:
“Does it make me a bigot to think the catholic clergy is a ‘grotesque subversion’?”

Only if God makes you think that. Bigot literally means By God. If you arrive at your prejudices from your interpretation of what God wants then you are a bigot.

If you were an Evangelical Protestant who Believes that God tells you that the Pope is the Antichrist, then you would be a bigot.

If you came to that belief by examining the evidence rather than listening to the voices in your head (or in your spiritual leader’s head), then you would not be a bigot. You wouldn’t necessarily be right, although the probability of being right by examining evidence is far higher than that of listening to non-existent deities.

@jaycubed:
I am comforted to know that I may be many thing but I will never be a bigot

Yeah! Cardinal O’Brien resigned. At least he won’t be picking the next Pope. Maybe they’ll choose one who isn’t a pederast enabler or self-loathing closet homosexual this time.