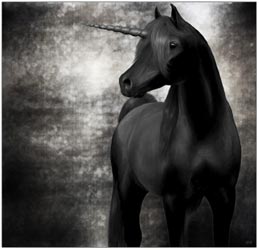 So, it was a year ago August that we started calling it an Obama electoral landslide. No special insight — just a recognition that the Republican A-Team was sitting this one out, because they saw that Obama was a lot stronger than the conventional wisdom credited.

Comparisons to the “fundamentals” — the economy, unemployment — were misguided. This was no conventional moment in American history, and this would be no conventional election.

But ours was, admittedly, a Peggy Noonan gut check. So we’ve also been following state-based electoral polling all year — polling that showed Obama was never behind in the race, even after the first debate. (Even John McCain briefly led in 2008, following Sarah Palin’s debut.) Obama’s polling varied in how solid the blues appeared — but Mitt could never crack 220, and often dropped much lower. Mitt’s “dependable” states were always dozens less than Obama’s. Mitt’s only hope of winning required running the board. Obama could have lost Ohio and Florida, and still crossed 270.

Our only worry, frequently expressed, was voter suppression — all those red-state laws designed to thwart blue voters. And that remains a concern next round, since Republicans remain intent on denying Americans one of their fundamental rights as citizens. But thankfully, this round it didn’t matter.

President Obama was gracious and magnanimous in his victory speech last night. We won’t be. Fuck you, Republicans. Fuck you, Mitt. You’ve spent the past four years cynically obstructing the democratic process and lying with your every breath, and you lost, motherfuckers. Eat shit and die. We’ll be over here, enjoying some delicious pasta salad.

Obama needs to issue writs of attainder for Mitt and the RNC and have them stuffed into flights to Gitmo.

Then he can get busy indicting Wall Street. All of it, and stuffing its criminal executives into wedding dresses and delivering them to supermaxes where they can provide entertainment for serial killer cannibal neonazis.

What a great night.

For me this was more meaningful than his first win.

Republican mega donors awake to big bloody head of the White Horse in the bed.

The 1% don’t like it when you take their toys.

Someone must pay. It will be nice to see Carl Rove back in “civies.”

First the president is re-elected, the gays sweep the board, and now Angry Birds Space is updated for desktop Macs, with Angry Birds Star Wars due tomorrow!!!

This is the best election ever!

@BobCens:
Looks like the vaunted kareer of rat fucker Karl Rove might be done (probably not, he’s got more lives than Jason and Freddy Kreuger) but it will reduce his clout since he lost 300+ million of their precious for absolutely nothing.

Who is this exactly?

@karen marie still has her eyes tight shut: Start with Christie. Then review everybody who didn’t run, leaving the GOP with the Seven Dwarfs.

@nojo: If that’s the best they can do, they’re going to wander the wilderness a long time.

@karen marie still has her eyes tight shut: Who we got besides Hillary?

@Dodgerblue: Rock stars are few and far between.

@Tommmcatt May Just Have Some MJ In His System As Well, So What?: Interesting. Vs Christie?

@Tommmcatt May Just Have Some MJ In His System As Well, So What?: Ooooo…I like the sound of that.

Here is some local Los Angeles County election news from the Department of The Jokes Write Themselves:

All I’m happy about is that Mitt won’t get credit for the (painfully slow) Obama Recovery.

Mitt was promising “twelve million jobs”, which economists have been predicting anyway — so in four years he would have taken credit for either the natural order of things, or (if you’d like) the policies Obama put into place to stave off depression. In that respect, Mitt could have coasted to a second term, and drafted Republicans for a third.

Instead, 2016 will be more like 2000: Demrats coming off a “successful” two-term preznidency. I don’t care yet who runs after that, as long as it’s not some wooden campaigner like Al.

(Note to JNOV: Ralphie aside, Al lost a campaign he should have won. Ralphie didn’t help, but it shouldn’t have come down to that.)

I exacted my vengeance on my SUPER-SECRET TUMBLR (i.e., not connected to my Miss E persona):

Or good ol’ boy Haley. Or Jeb, if not for the idiot brother. Or even, in an alternate universe, Charlie Crist. We did get Deranger Rick, but everybody feared him a lot more before his spectacular meltdown.

So, by A-Team, I mean any number of Republicans with a higher profile than Bachmann, Pawlenty, Cain!, Newt, and so on. Last year’s field was not the strongest Republicans had to offer. It was the leftovers after everybody else sat out.

@RomeGirl: “Exacted” is precisely the right word. All I could manage was Fuck You and Eat Shit And Die.

OT/ To quote Sally Field… they like me, they really really like me. Just got a call from the recruiter. My meh interview didn’t seem so bad to those that mattered (ie: not me who was mopey for a couple of hours after feeling like I really flubbed a question.) No congrats yet till the offer sheet comes in.

ADD: @ManchuCandidate: No congrats are offered then. But howzabout a collective duuuuude?

@nojo: @ManchuCandidate: @Beggars Biscuit: Don’t dis my gays or my lady parts or YOU WILL FEEL MY WRATH.

@Dodgerblue: Well, I guess we need someone left to kick around, lest we get bored.

@RomeGirl: Thank you. Great piece of writing. One of those posts that I will go back to again.

@Dodgerblue: The worst Democrat is better than the best Republican any day of the week.

@DElurker:
Thanks everyone. Not there yet. I have just found out that I have another interview. ANOTHER INTERVIEW on Fri. This will be number 5.

@ManchuCandidate: Dude. Play the offers against each other.