Stinque
Home Latest Comments Log in
If it smells, we’re on it.
Stinque
Mastodon: @stinque@mas.to
Some of My Best Friends

Ryan Gives the People What They Want. 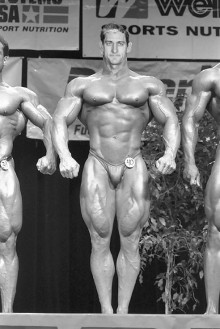 Remember last month? Yes? No? When we were all so excited about Team Romney’s pick of Paul Ryan for president? No, wait. Vice president. Remember how we were all so excited by the boldness of his economic ideas? After four years of economic stagnation and crippling debt caused by Obama’s socialist-marxist tyranny we looked forward to a president who… wait, vice-president (why do I keep doing that?) who could make America great again. The way it should be.

Turns out math is hard. And who has time to explain stuff to people who won’t understand anyway? We don’t need to know what loopholes he’s going to cut. We need to know how he keeps his body fat so low. At between 6% and 8% it’s even lower than Mitt Romney’s tax rate. And he didn’t rely on government handouts to get himself in shape. And he didn’t eat vegetables either.

Paul Ryan doesn’t have time to explain the math to losers.

Aaron Schock advises Ryan to work it. “I often spot Paul in the congressional gym,” the hunky congressman declares. “He has so got it going on. My girlfriend lives in Canada.”

But using Ryan’s Marathon Math Converter ™, that would put his actual body fat at a more human 10 to 12 percent.

Six to eight percent is more Auschwitz than it is Armstrong.

Add: what is this “my girlfriend lives in Canada” thing? Is that code for dance belts and chaps and the like?

@Dodgerblue: I weigh a lot. And all of it’s good.

I don’t have a clue what my body fat percentage is, but I do know that when my mother-in-law from the Old County hears I’m coming she starts preparing food for an army. To her, I’m a project.

He looks like Herman Munster in that completely un-retouched photograph.

@TJ/ Jamie Sommers /TJ: I’m surprised that this completely un-retouched photo has not been used by the Romney ‘campaign’. As everyone knows, body fat percentage is a direct indicator of moral fortitude. The more steel the buns are the more uncompromising one’s stance vis à vis Muslims. Wide or not.

Is that a Schwarzegger pic? Because that would be totally ironic.

@Beggars Biscuit: Mine hovers around 70 to 80 percent. My toes have double chins.