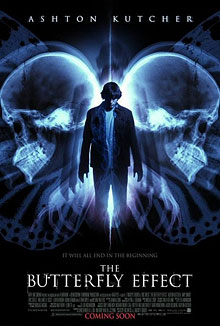 Hahahahah!!! Silly Amateur Encyclopedists! Let’s all gather at the Algonquin and amuse ourselves at their expense!

The “misstatement” in question is an old claim that “The Human Stain” was inspired by literary critic Anatole Broyard — somebody who, like the novel’s protagonist, had Black parents and passed for White. Roth was inspired by a real-life example, but it was a Princeton professor who was inadvertently ensnared in a political-correctness witch hunt. Which is why Roth wanted Wikipedia to remove the Offending Allusion:

This item entered Wikipedia not from the world of truthfulness but from the babble of literary gossip—there is no truth in it at all.

Roth doesn’t bother quoting the item itself, so let’s grab the Wikipedia version that existed before the kerfluffle:

Salon.com critic Charles Taylor argues that Roth had to have been at least partly inspired by the case of Anatole Broyard, a literary critic who, like the protagonist of ”The Human Stain”, was a man identified as Creole who spent his entire professional life more-or-less as white. Roth states there is no connection, as he did not know Broyard had any black ancestry until an article published months after he had started writing his novel.

That last line — “Roth states there is no connection” — is footnoted to a 2008 Bloomberg interview:

Hilferty: Is Coleman Silk, the black man who willfully passes as white in “The Human Stain,” based on anyone you knew?

Roth: No. There was much talk at the time that he was based on a journalist and writer named Anatole Broyard. I knew Anatole slightly, and I didn’t know he was black. Eventually there was a New Yorker article describing Anatole’s life written months and months after I had begun my book. So, no connection.

From here, it looks like Wikipedia did what an encyclopedia should do: Note a common misconception, and provide a rebuttal. That misconception is part of the history of the novel — we vaguely recall hearing about it years ago — and Wikipedia’s actually doing a service by addressing it.

Oh, and Philip Roth lied to Bloomberg: “The Human Stain” was based on somebody he knew. Unless he’s making it up now. We don’t know for certain. Maybe it needs a second source.

We’re not knocking Aston Kutcher, are we? Because that will not stand.

@Benedick: If we wanted to knock Ashton Kutcher, we would post one of those goddamn camera ads.