The Roots of Wingnut Rage 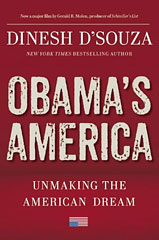 Blurb: “America as we know it—wealthy, powerful, assertive—is not what Obama wants. He wants a smaller America, a poorer America, an America unable to exert its will, an America happy to be one power among many, an America in decline so that other nations might rise—all in the name of global fairness. To Obama, the hated ‘one percent’ isn’t just wealthy Americas; it is America itself. In Obama’s view, America needs to be taken down a notch.”

Review: “Can America survive another four years with Obama?… I myself at age 62, have never witnessed a recession so long and so much in DEBT, like the one we live in right Now. Millions of foreclosures, millions who lost jobs, the increasing amount of homeless, and millions without health insurance! The most important questions to ask ourselves is, what about the aging, and will our children suffer in the future? If you were born and raised in America, worked your entire life, then lost the American dream, don’t we deserve at least what we were promised?”

Footnote: The generation-long GOP strategy to ruin America’s middle class and pin the blame Democrats appears to have succeeded.

On the other hand, people this dumb and who read anything from D’Souza get what they deserve.

If you were born and raised in America, worked your entire life, then lost the American dream, don’t we deserve at least what we were promised?

Depends – did you vote GOP during that time? In that case, FUCK YOU.

@ManchuCandidate: I like to get all my reading material from the president of the fake Kings College. You just wonder where these people get funding.

@al2o3cr: I had to double-check to make sure the commenter wasn’t a troll. A cunning satirist couldn’t do better.

@ManchuCandidate: That means I get a pass for scrubbing under the rim of the toilet bowl with germphobe H#2’s toothbrush and not telling him about it for a week?

@JNOV: http://www.youtube.com/watch?v=vcZ9ku_wInw&feature=youtube_gdata_player. This movie was so prescient in so many ways.