Stinque
Home Latest Comments Log in
If it smells, we’re on it.
Stinque
Assholes, they do vex us.
Compassionate Conservatives, Some of My Best Friends 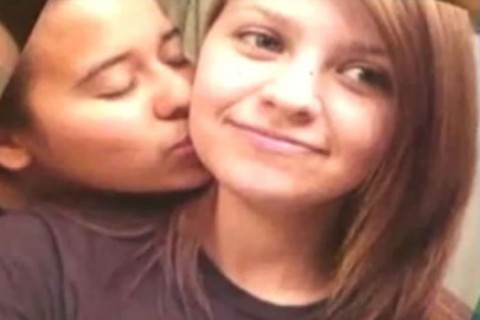 Police in Portland, Texas, a suburb of Corpus Christi, continue to insist that the execution-style murder and attempted murder of a lesbian couple in a neighborhood park in late June is not a hate crime motivated by the women’s sexual orientation, but do admit that “it was not a random attack.”

What we do know:  After they encountered a man with a gun on June 22, a college freshman named Mollie Olgin was murdered, and her girlfriend Mary Kristene Chapa was shot in the head and left for dead.  Chapa had so many injuries to her face that her brother and sister could not identify her at the hospital without looking at her hands.  She is still in the hospital, unable to speak and possibly paralyzed on one side.  Her brother told NBC that she was writing “Mollie?” on paper but the family hadn’t yet told her that Olgin was dead.  Chapa’s family is struggling:  her father – an Iraq War veteran – is out of work, so the family has no health insurance. Donations for her medical care can be made here, or sent to Prosperity Bank, 1127 East Sinton, Sinton, TX 78387.

In the three weeks since the shooting, vigils have been organized by LGBT and youth groups across the country to remember Olgin and Chapa.  In a case of bad timing (or not), the Texas Republican Party released its latest statement on homosexuality in the days after the murder of Olgin and attack on Chapa:  “We affirm that the practice of homosexuality tears at the fabric of society and contributes to the breakdown of the family unit.  Homosexual behavior is contrary to the fundamental, unchanging truths that have been ordained by God, recognized by our country’s founders, and shared by the majority of Texans.”

Shit like that doesn’t go into a vacuum, as seen in statistics that are chilling to any of us who are gay or lesbian, or who love our LGBT children/parents/brothers/sisters/friends.  The National Coalition of Anti-Violence Projects released their national report on hate violence for 2011 and found that there were 30 killings of LGBT Americans due to hate, the highest yearly total ever recorded. A report published by the Southern Poverty Law Center in Winter 2010, analyzing FBI data from 1995 to 2008, found that LGBT people are 2.6 times more likely to be attacked than blacks; 4.4 times more likely than Muslims; 13.8 times more likely than Latinos; and 41.5 times more likely than whites.

Good lord what the hell?

Every time there is an attack like this in the South or in the red states period, every time I’ve read accounts of ’em, the police deny up and down that the crimes have anything to do with sexual orientation or bias. So, when you see the FBI’s UCR statistics of hate crimes, you best be believing that the number of hate crimes happening around the country is higher than what the reported number is.

@Marcel Parcells: My response involves the use of the F-bomb.

@rptrcub: Multiple uses of the F-bomb. For the past couple weeks, the Castro has been covered with flyers with that photo of the young women. It’s taken me that long to be able to write about what happened without having the F-bomb be in every other sentence. I only cried once when pulling together the links.

Pictures from the EssEff vigil organized by some of the youth LGBT groups.

Along these lines – I have explained to my Japanese GF again and again how, although we can walk down the street together in Manhattan and not cause a stir, if we did the same in Biloxi we would. Hell – I dated a woman from Gabon for a while and we got shit in NYC! We have a long way to go.

@rptrcub: As a former South Texan, this story hits a little too close to home.

But in case you were wondering, yes, Texas punishes hate crimes, after the horrific dragging death of James Byrd. As the sponsor of the bill, one of the few awesome people to go through the Texas Legislature, Rodney Ellis said during the debate:

“All crimes are not hate crimes, and all crimes are not equal. What is worse, knocking over a mailbox or burning a cross on a the lawn of an African American family? Spray painting ‘Go Longhorns’ on a school wall, or a swastika on a synagogue? Hate crimes are acts of terrorism that target an entire community and we have the obligation to raise the penalty for those crimes, and send the signal that Texas will not tolerate crimes of hate, large or small.”

My progressive/LGBT friends in Texas are horrified by what happened, and I salute them like I salute you for staying in a red state and speaking up.

@SanFranLefty: Thank you. Some of us libs and Demoncrats need to stay here and fight, but as alluded to on the Book of Faces this weekend, my will to fight is fading. Just as we had to get me through grad school, I have to get Mr. Cub through school (though it’s only for a two year degree at this point).

This makes me ill. What kind of fucking country is this?

@Dodgerblue: If it’s any consolation – and it’s surely not – hate transcends borders and is not unique to the US. Imagine spending a couple of generations as unknown and without a state.

@JNOV: Yeah, the guy was amazing. He published his cartoons in book form, and they’re available on Ebay.

@JNOV: “How were the Rohingya treated during colonization?” Probably the wrong question, since colonial rule was really just a blip on the historial and social radar here. But a fair question. George Orwell would have you believe that the colonial masters were gin-swilling buffoons who sodomized and laughed at the local “darkies”. But I think gin was actually in short supply.

The real marginalization of the Rohingya came under Burmese rule, when a wacky, numerology-driven ruler drove the “Bengalis” out under a massive pogrom. Try this . I think they are now the largest group of people living with “stateless” status for the longest period of time on the planet.