In US America, Texas Mess With You! 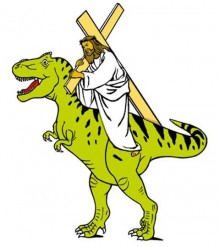 Should have dealt with this when it came up earlier in the week, because it’s too awful to ignore. Stupid, stupid people. From the Texas Republican Party Platform:

We oppose the teaching of Higher Order Thinking Skills (HOTS) (values clarification), critical thinking skills and similar programs that are simply a relabeling of Outcome-Based Education (OBE) (mastery learning) which focus on behavior modification and have the purpose of challenging the student’s fixed beliefs and undermining parental authority.

TPM believes the Texas GOP when they said this was a mistake, but given the rest of the platform, it was clearly no mistake.

And it gets worse.

On the Employment Non-Discrimination Act (ENDA):

We oppose this act through which the federal government would coerce religious business owners and employees to violate their own beliefs and principles by affirming what they consider to be sinful and sexually immoral behavior.

We urge that the Voter Rights Act of 1965 codified and updated in 1973 be repealed and not reauthorized.

We affirm that the practice of homosexuality tears at the fabric of society and contributes to the breakdown of the family unit. Homosexual behavior is contrary to the fundamental, unchanging truths that have been ordained by God, recognized by our country’s founders, and shared by the majority of Texans. Homosexuality must not be presented as an acceptable “alternative” lifestyle, in public policy, nor should “family” be redefined to include homosexual “couples.” We believe there should be no granting of special legal entitlements or creation of special status for homosexual behavior, regardless of state of origin. Additionally, we oppose any criminal or civil penalties against those who oppose homosexuality out of faith, conviction or belief in traditional values.

On the UN Treaty on the Rights of the Child:

We unequivocally oppose the United States Senate’s ratification of the United Nations Convention on the Rights of the Child.

State Militia – We support the establishment and maintenance of a volunteer Constitutional State Militia with
assistance from County Sheriffs.
Militia versus Paid Army – We recognize that the original meaning of the word “militia” in the Constitution refers
to an armed citizenry, not the formal paid professional military.
Freedom of Access Act – We urge repeal of the Freedom of Access to Clinic Entrances Law. Those who
assault peaceful protesters acting under the Constitution should be vigorously prosecuted. Picketing and
literature distribution do not fall under the RICO Act.
Judeo-Christian Nation – As America is a nation under God founded on Judeo-Christian principles, we affirm
the constitutional right of all individuals to worship in the religion of their choice.
Safeguarding Our Religious Liberties – We affirm that the public acknowledgement of God is undeniable in our
history and is vital to our freedom, prosperity and strength. We pledge our influence toward a return to the
original intent of the First Amendment and toward dispelling the myth of separation of church and state. We
urge the Legislature to increase the ability of faith-based institutions and other organizations to assist the needy and to reduce regulation of such organizations.

Everyone who wrote this, voted for it, and all in the GOP who agree with it should get a visit from Child Protective Services, whether they have children or not.

You missed the bit where (between affirming the terrible dangers of THINKING and TEH GHEY) they endorsed corporal punishment in schools. Apparently, they believe teachers should spend more time beating kids and less time getting them to think…

I do love the implicit acknowledgement that people who are taught to think for themselves might leave the hard Right fold.

OT: Just when those motherfuckers thought they could get away with it.

The problem is we stopped the Mexicans after the Alamo. Should have let them have the place.

Before Texas secedes, can we have a Liberal Airlift, originating in Liberal Austin? Give the sensible ones a chance to leave before they get the concentration camps education centers built?

@ManchuCandidate: They thought? They’re going to. The fine that Barclay paid is small potatoes compared to what they gained from the fraudulent reporting.

@karen marie still has her eyes tight shut:
True, but not protection from the tidal wave of civil suits from angry bond holders who got cheated out of trillions in interest.

This one is global (most major banks around the world are involved with this) and related to a municipal and state/prov bond rate manipulation scandal in the US Amercia.

@ManchuCandidate: I’m not holding my breath.

It’s like they lifted it straight out of a Dickens novel without realizing that Dickens was criticizing that shit… and actually, what the fuck kind of world do we live in where one of our major political parties it trying to roll back the educational clock to a degree that even a 19th century social reformer would find shocking?!

This also frees them from having to use Orwellian doublespeak anymore.

Texas Throws Uninsured Under the Bus:

Perry’s announcement is an especially harmful move because Texas will benefit more from the Affordable Care Act than any other state. Texas was recently ranked worst in the country for health care delivery by the federal Agency for Health Care Research and Quality, scoring “weak” or “very weak” in nine of 12 categories. Perry’s office discounted the study as overly broad, and has argued that Texans’ real problem is personal health choices, not lack of health insurance.

More than 25 percent of Texans – 6,234,900 people – are uninsured, the highest rate in the nation. After five years of health reform, Texas would be able to insure 1,798,314 more Americans under the Medicaid expansion alone – more than any state in the nation.

He must’ve prayed on it.

Shorter Rick Perry: You get cancer, it’s your own fault.