Stinque
Home Latest Comments Log in
If it smells, we’re on it.
Stinque
Cassandra was right.
A Thought At Bedtime 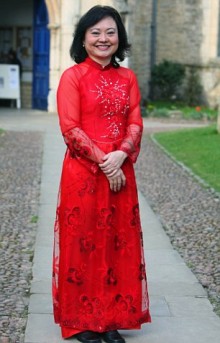 Happy June, boys and girls! One of my favorite months, the official start of summer (aka fog season in Ess Eff) and when things can get interesting in baseball.  The Cynica household in Oregon opened the garden cocktail corner for business and there are strawberries, ice cream, and wine available.  Yay, drinks on the Willamette!

And this June is also the 40th anniversary of two iconic events that reverberate to this day. I’d advise you pour yourself an adult beverage before following me after the jump. And make yourself comfortable in the cocktail corner, or make sure that your bartender is close at hand.

The Watergate break-in.  On June 17, 1972, five men were arrested at 2:30 in the morning on the sixth floor of 2600 Virginia Ave., N.W., in Washington, D.C. attempting to burglarize and put bugs in the headquarters of the Democratic National Committee.  Read the innocent article from the next day’s Washington Post and shake your head as to what was to come.

Forty years later, people still get their knickers in a twist about Watergate, especially at conservative law schools in Orange County.

And forty years later, the Freepers still will never forget that Hillary was working for the Judiciary Committee during Nixon’s impeachment and had big plans to subvert democracy – because first year attorneys wield *SO* much power…if she had knocked back Obama in the primary, you’d be hearing about this conspiracy 24/7 a la “Kenyan Mooslem birth certificate” wackiness.

While we’re at it, it’s forty years later, can we please stop with appending the suffix –gate to every political scandal?

While it wasn’t technically forty years ago this month, as a result of Watergate, we did have the glorious moment of Barbara Jordan’s speech on Watergate and the Constitution, and stick around for the end where she goes into the litany of problems Congress needed to address. Sadly, forty years later, these issues Rep. Jordan names are still not addressed. (Tip: Skip to 0:41 to avoid the annoying text intro – someday I’ll do a post about my pet peeve of bad grammar and bad text ruining YouTube videos).

How I miss that awesome woman from Texas.   I can tell you from hearing her in person that she really spoke like that.  I can only imagine how much fun she’s having drinking whiskey in heaven with Molly Ivins and Ann Richards. If there is a heaven for me, it consists of our animals* and foul-mouthed liberals and feminists.

But sadly, forty years later, we haven’t really progressed. We still have the subversion of democracy by sacks of cash, though this time by fully legal means. 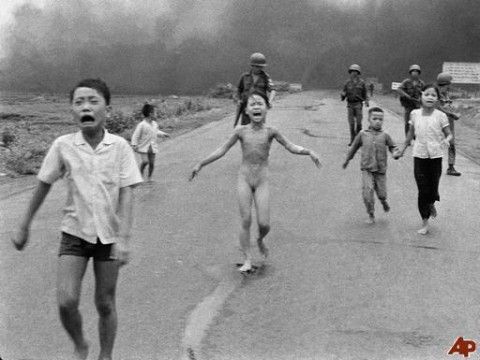 Phan Thi Kim Phuc, the 9-year-old girl running naked down the road in the photograph, was born in 1963 in a small village in South Vietnam’s Central Highlands. Kim Phuc was the daughter of a rice farmer and a cook. In June 1972, she and her family took refuge in a Buddhist temple when South Vietnamese bombers flew over her village. Four bombs fell toward her. The strike was a case of friendly fire, the result of a mistake by the South Vietnamese air force.

There was an orange fireball, and Kim Phuc was hit by napalm. Her clothes were vaporized; her ponytail was sheared off by the napalm. Her arms, shoulders, and back were so badly burned that she needed 17 major operations. She started screaming, “Nong qua! Nong qua!” (too hot!) as she ran down the road. …

Two infant cousins died in the attack, but Kim Phuc, her parents, and seven siblings survived. After the napalm attack, [photographer Nick] Ut put her into a van and rushed her to a South Vietnamese hospital, where she spent 14 months recovering from her burns.

The story of how Kim Phuc went from being seen around the world fleeing a Vietnamese village with her flesh burning off to today running a Canadian-based nonprofit focused on child victims of war is an incredible story, and I highly recommend this article.

The photo was almost never seen, due to the full frontal nudity of the then 9-year-old Kim Phuc, according to Nick Ut, who took the photo.

“An editor at the AP rejected the photo of Kim Phuc running down the road without clothing because it showed frontal nudity. Pictures of nudes of all ages and sexes, and especially frontal views were an absolute no-no at the Associated Press in 1972…Horst argued by telex with the New York head-office that an exception must be made, with the compromise that no close-up of the girl Kim Phuc alone would be transmitted. The New York photo editor, Hal Buell, agreed that the news value of the photograph overrode any reservations about nudity. ”

In the next two years, not only did this photo by a 21-year-old Vietnamese photographer stringer for the AP win the Pulitzer Prize, but it also was what many think was the last straw that finally turned the majority of Americans against the war in Vietnam.  But for young Kim Phuc, she was focused on survival for the next few years.

Thirty percent of Phuc’s tiny body was scorched raw by third-degree burns, though her face somehow remained untouched. Over time, her melted flesh began to heal.

“Every morning at 8 o’clock, the nurses put me in the burn bath to cut all my dead skin off,” she said. “I just cried and when I could not stand it any longer, I just passed out.”

Today, she runs a nonprofit from Toronto that focuses on helping children survive the ravages of war, so that what happened to her never happens to another child.

But sadly, forty years later, children are still being burned and murdered in war.

Sorry for the bummer, kids. Get me and thee to a cocktail corner. Bartender, please, pour me another drink.

Song starts at 3:30 if you get annoyed by Dave Matthews’ yodeling. It’s a hell of a performance, and Tim Reynolds plays the slide guitar almost as well as Bonnie Raitt:

ADD: Fine, for any of you Nabisco types offended by Dave Matthews, how about Johnny Cash playing “Dark as a Dungeon” live at Folsom State Prison? Don’t make me pull out the San Quentin show on your asses!

*Everyone light their St. Francis candle or think good thoughts or say a prayer to our wonderful Homofascist and his sweet fur baby of many years who will no longer be with him.

Jesus Christ, I think I made myself cry when I was re-reading for typos. Sorry y’all. I can post some pictures of hot guys holding cute puppies.

@SanFranLefty: Or hot guys with kittens, just for Homofascist.

The supposedly hot German men with bunnies doesn’t do it for me, but resident bunneh expert flippin can opine.

1. I hadn’t realized that it was South Vietnamese “friendly fire”. Somehow that doesn’t make it any better, and yet it does.
2. My current workplace counts a number of Vietnamese Americans. They are some of the smartest, friendliest and best looking people I’ve known. And the VN refugees I worked with ten years ago? Equally so.
3. Dave Matthews? Really?

@Beggars Biscuit: Dude, as much as I want to hate Dave Matthews for all of his douchebag frat boy fans, by the same logic I would have to hate Robert Earl Keen for his douchebag frat boy fans. They are both talented musicians. And “Barkeeper” and “Grace is Gone” are about two of the fucking darkest songs I’ve heard, let alone by a commercially successful artist (IOW, holding aside angst-ridden emo boys in WeHo or Austin or Williamsburg).

Hey, look at that! Right on cue (ala your opening statement regarding baseball):

@SanFranLefty: Thank you for posting the Barbara Jordan video. Hearing her voice again makes me weep. I realize how far we have degenerated in this state and our country since her time.

If Romney wins I’m done. Watch for lots of posts about the Kardashians and celebrities struggling to lose baby weight. We used to be great, but the states still fighting the Civil War are like an aggressive cancer. When the GOP has sunk low enough to straight up appoint white supremacists, we’re in trouble. If the Democrats can’t use shit like that to win, fuck ’em.

@texrednface: I watched it three times last night trying to figure out which version on You Tube was the best, and again this morning. Got chills each time. She was one of a kind, and sadly nobody in Congress today could even come close to her level of moral authority and respect for our system of government.