Curse of the Mummy’s Hands 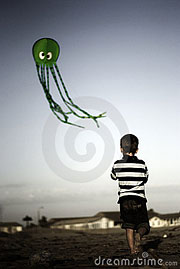 Our guest columnist is the luckiest reporter alive.

A Labour politician has stunned his town council colleagues by claiming his “real mother” is a 9ft green alien with eight fingers.

Councillor Simon Parkes, who was elected to represent Stakesby ward on Whitby Town Council last month, said although he has had hundreds of close encounters with extra-terrestrials, it will not interfere with his mission to help residents at the seaside resort.

Speaking on YouTube, Coun Parkes said he first saw an alien at the age of eight months, when “a traditional kite-shaped face”, with huge eyes, tiny nostrils and a thin mouth appeared over his cot.

He said: “Two green stick things came in. I was aware of some movement over my head. I thought, ‘they’re not mummy’s hands, mummy’s hands are pink’.”

Perhaps I’m just cynical, but I don’t see a whole heck of a lot of difference between this and all of *our* politicians who believe they talk to an invisible friend who wants them to lower taxes and hates gay people.

Apart, of course, from the fact that believing that your mother is an alien probably doesn’t encourage you to cheerlead for policies that hurt real people – so it’s arguably better…

Whitby is where the ship carrying Dracula’s coffin runs aground. A large wolf is seen by the townsfolk to leap to shore. I’m not saying there’s a connection.