Your Womb is a Wonderland 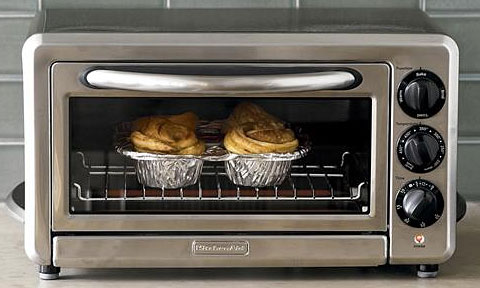 We don’t know why, but we found ourself thinking about Terri Schiavo last night.

The moment when the business of government came to a screeching halt so Republicans could grandstand over a dying woman in Florida. And, as it happens, the moment that Republican overreach was so spectacular, our jaw dropped.

A moment not unlike this:

We understand why this might be an issue with the dudes who run The World’s One True Religion. Heck, we even understand why some forms of birth control trouble folks who worship Zygote-Americans. We don’t agree, but we understand.

But all birth control? Like the four out of five American women who have used the Pill at one point or another?

Mitch McConnell understands that women vote, doesn’t he? We know it’s only been, like, ninety-two years, but surely he’s heard by now. Unless there’s a movement to repeal the Nineteenth Amendment that we missed in the rush to ditch the rest.

What’s more, the vehicle to implement this proposal — the exquisitely named Blunt Amendment — would carve out an exception for any employer to deny any coverage if it violated the employer’s “religious beliefs or moral convictions”. So you’d better hope you’re not working for a Christian Scientist.

We dwelled on all this for about an hour last night, looking for an angle: Just print the proposal? Maybe a Catholic bioethicist’s piece explaining how Viagra is totally different than the Pill? Maybe another rant about how we freelancers don’t even have health insurance, and nobody gives a shit about us?

And then we finally realized: Terri Schiavo. Because this proposal is so fucking bizarre, we can’t do much more than sit back and witness the spectacle.

So if your employer is a Jehova’s Witness, he can refuse insurance that pays for blood transfusions or organ transplants.

Wow, did these douchebags even take 5 minutes to consider the implications of this law?

Welcome to the krayzee side of politics. Please be sure to check your brain at the door.

Seriously, they’ve gone from protecting so-called religious freedom, to bestowing employers the right to force their religious beliefs on their employees.

This should be fun to watch.

Fits with what they were shrieking about in 09 in the aftermath of their defeat. “More contarded. More wingnutty.” The problem was that the 2010 “showed” they were, um, “right” so they ratcheted up the insanity. I agree with you here. Overreach is a very bad thing. Since wingnuts are fond of using war analogies, I’ll use one from a war they never give a shit about. We are seeing something akin to Korea Winter of 1950. Inchon (Teabagger victories in 2010) has given the GOPers confidence that their more wingnutty is better “ideas.” Problem is that China (the female voters) is getting antsy. Don’t they think that the brawl over Komen’s boneheaded decision on PP wasn’t their warning shot not to fuck over women? Good luck with that.

On a personal level, the GOP sounds like a lot like my soon to be ex housemate. Give an inch, take a mile. Unfortunately, I’ve only handled things slightly better than Barry.

Republicans are weak without any substantive wedge issues to beat over wayward voter’s heads. And the gay-marriage amendment thingy just ain’t quite making the cut. So, time to beef up some more anger. And it seems it doesn’t matter what side of the wedge (pointed or blunt) republicans are on, it still works in their favor.

Forgive the babbling… not quite awake yet.

I wonder how the AMA and the insurance industry feels about all of this? Would love to get their input.

The only question in my mind is which amendment they go after first – the 13th, the 14th, or the 19th. I would go with the 14th, but they’d want to preserve a corporations-only version of the Privileges and Immunities clause.

I figure this bill lasts about 5 minutes after Gaffney and the rest of the Professional Anti-Mooslem Freak-out Squad realize that it actually WOULD (sort of) allow employers to “enforce Sharia law”.

@ManchuCandidate: Don’t beat up on yourself about how slowly your divesting yourself of obnoxious roommate is going. What’s important is your doing it, not how long it has taken.

@lynnlightfoot:
Thanks. It has just been a bad time for relationships for me. When that happens I spend a lot of time looking in. Ironic/stupid thing is that I’m doing all the introspection for both of us.

And here I thought the comparison was a stretch, when it was just ahead of the curve.