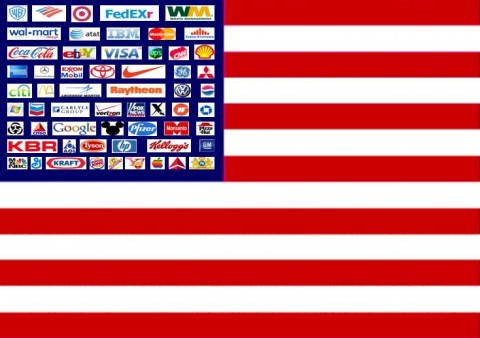 The Supreme Court heard arguments this morning on a case that will either take last year’s Citizens United corporate personhood decision to a whole new level, or limit the impact of the decision.  This case could also affect the ability of the media and advocacy groups to get information from the government regarding corporate malfeasance.

Today’s case, Federal Communications Commission v. AT&T, revolves around whether corporations can argue that they have “personal privacy” in not having government investigation documents released in response to a Freedom of Information Act (FOIA) request.

The case arose from an investigation by the FCC into whether SBC Communications (now part of AT&T) overcharged the government for the installation of telecommunications technology in schools in Connecticut.  AT&T reached a settlement with the government, where it paid $500,000 to the U.S. Treasury, but did not admit guilt.   A trade association of communications service providers filed a FOIA request for the documents associated with the investigation. AT&T then sued the government to prevent the release of the documents, arguing that the documents were exempt from disclosure under a FOIA exception that prohibits release if it “could reasonably be expected to constitute an unwarranted invasion of personal privacy.”

The Third Circuit Court of Appeals agreed with AT&T, and said that corporations, like human beings, are capable of being publicly embarrassed, harassed, or stigmatized.  The FCC and the Office of the Solicitor General, at the time Elena Kagan (who has recused herself from the case), asked the Supreme Court to review the decision.

corporations are people too.

TJing my own post: Gabby Giffords to be released from hospital to rehab on Friday. Wow, just wow.

@SanFranLefty: Fuck, man, it’s like she’s the female Wolverine or something. Bad guys better watch out when she come back with the adamantium claws out.

But can corps be executed? They are people right?

Hey Lefty, did the Supremes announce any decisions today? I’m stuck in the bowels of the Ronnie Ray-guns convention center in DC, not much reception.

@SanFranLefty: Great news. Since I’m a bout to board a plane to fly back east (in a middle seat, yet) to deal with major family drama, I needed the lift. My connections will be spotty for the next week or so, in Bumfuck, VA, but I’ll be checking in when I can.
I feel sure AT&T and other corporations have far more privacy rights than women who want to control their own reproductive choices.

@Mistress Cynica: Here’s hoping it’s one of the prettier parts of Bumfuck, VA.

@Mistress Cynica: Hope it’s not too grim. My best to the staff.

@Mistress Cynica: Our prayers are with you and your family.

@mellbell: Thanks. I was able to get onto Scotusblog for some details. 9th Circuit goes down again (twice).

@IanJ and redmanlaw: They’re going to transport her to a rehab center in Houston. Details from Book of Faces.

@Dodgerblue: Sadly not a surprise.

@redmanlaw: Forget female Wolverine, after reading that she was able to stand up and look out a window today, I think that Giffords is giving our Jamie Sommers company as another Bionic Woman from Arizona.