The Day After in Haley 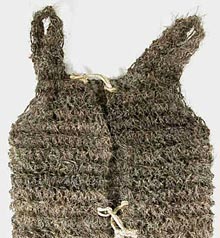 “When asked why my hometown in Mississippi did not suffer the same racial violence when I was a young man that accompanied other towns’ integration efforts, I accurately said the community leadership wouldn’t tolerate it and helped prevent violence there. My point was my town rejected the Ku Klux Klan, but nobody should construe that to mean I think the town leadership were saints, either. Their vehicle, called the ‘Citizens Council,’ is totally indefensible, as is segregation. It was a difficult and painful era for Mississippi, the rest of the country, and especially African Americans who were persecuted in that time.”

Good for you, Haley. Saves us the trouble of looking into that nasty NAACP business.

But y’know, maybe you should have trotted that line out the first time…

Haley Barbour has gotten himself in a heap of trouble. By praising White Citizens’ Councils, appearing clueless about the history of racial injustice in the South, giving the Democrats a free swing at him and reviving recollections of another shockingly inappropriate racial statement, Barbour has gone a long way toward blowing up his presidential candidacy before it began.

You know it’s bad when WaPo conservatives start piling on.

Is Bill not content doing his “best” to destroy US America as a force for semi benevolence?

*for those who don’t care about Sport, in many areas of sport it is considered bad luck or a jinx or even dare I say a curse to be on the cover of Sports Illustrated… personal example in 1987, the Toronto Blue Jays were fighting for the AL East Division crown when Sports Illustrated put a team member named Lloyd Moseby on the cover and then the Jays lost 7 in a row to lose the AL East and Lloyd Moseby was never the same player either.

Oh Jesus Christ, and there’s this gem from Haley’s brother Jeppie (WTF?!), from when he was the Mayor of Yazoo City:

“Maybe five years ago,” he said, “you could’ve appointed a colored man yourself. Now you simply can’t get away with it. They’re goin’ to have to pick their own leaders. You could’ve gotten on radio five years ago using these very words, ‘George Collins is this ni**er we’ve appointed,’ and could’ve gotten away with it. I guess they’re just goin’ through a state of being rebellious and hard-nosed and not listenin’ to white people like they used to.”

My point was my town rejected the Ku Klux Klan

ya
because they didnt want competition:

To answer a question raised in yesterday’s post, yeah, it looks like the local branch of the Citizens Council in Barbour’s hometown was as bad as all the rest. According to author John Dittmer, as quoted in Michelle Goldberg’s piece for the Daily Beast, “The Yazoo City chapter of the Citizens Council went on record opposing the Klan, adding that ‘your Citizens Council was formed to preserve the separation of the races, and believes that it can best serve the county where it is the only organization operating in this field.’”

@SanFranLefty:
probably didnt say uppity because it was too many syllables?

Breaking hard (as the bishop said to the actress) Mike Rogers about to out Lindsey Graham!!1.

@Benedick: Oh yes! We may need to revive the Best Release of Closeted GOP Body Fluid 2010 Stinque award after all!!

ADD: He really must be self-loathing to be against DADT, especially since he could have lost his job in the JAG Corps.

@Benedick:
oh my
will John McCain think he is distracting and thereby endangering his fellow senators?

@Benedick: I guess “he was just carrying my bags” isn’t going to work for him.

It’s cute how Ms. Rubin doesn’t think all this “I support racism – no not really” stuff isn’t part of a larger strategy to dog-whistle to the unreconstructed while pretending to not be racist. Is being that stupid a requirement to be a conservative commentator, or is it just a side-effect of constantly having to believe things that are manifestly not true?

this is what’s to be expected when you call your son, “JEPPIE.”
see: JEB

@Benedick:
also of interest in your post was that Larry Craig has given up fighting his conviction, giving even more credibility to stinques silver stall award.
ewww…you made me read layme…and enjoy it!
still-proud to be banned there AND the jezz…i want a t-shirt.
i know nojo, the entire gawker empire. those 2 i’m most proud of.

@baked: This is the best Christmas ever!

@baked: Hey it’s your move in the Scrabble game.

@SanFranLefty:
oh right. i’m used to playing at 4 a.m. and my head was otherwise occupied in the toilet. it may have to wait til 4, the best time to catch me coffeed up and sober. homegrown is part of my hangover remedy. cannot. play. scrabble. now.

@SanFranLefty: It was deeply wrong to leave it out in the first place. I mean , George Reikers, Eddie Long, that pedophile-looking assistant D.A. Who stalked that twinkle college gay student body president… The field was bountiful.

@baked: If I wasn’t so lazy, homegrown would be part of most of my strategies, including church and work. I can grow it with impunity, but I’m afraid that unless I worked hard at it, Id end up with shitty ditchweed.

At this point in my life, hard work is reserved for sex and interior decorating. Such as.

And you CAN talk about Dexter, darling. Just give me a spoiler alert next time.

@Tommmcatt is with Karin Marie on This One:
the rat gets most of the credit, they’re his babies with my assist. in fact those are the only things we have in common:we both love to garden and we’re carbon based life forms. i agree, of course, that anything even slightly boring and rote is much enhanced by the edge being dulled off the dull. and yes, you have to work hard at it. for such a laid back effect, they’re very demanding plants.

we absolutely will NOT discuss til you’ve seen the end. period. kisses.