Put A Fork In Him 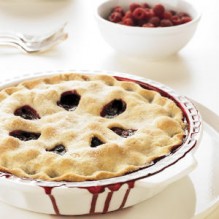 Joe Miller, the Tea Party backed, would-be Senator from Alaska is down by more than 10,000 votes against write-in candidate Lisa Murkowski, and there are just a few thousand more votes left to count. This figure is doubly significant given that the sum total of votes in that election was in the neighborhood of 200,000. It’s very unlikely Miller can overcome this lead absent a shocking legal ruling that would invalidate more than 5% of all votes cast in the election.

In a curious little irony, Miller has filed a lawsuit in Federal court seeking to force Alaska to adhere to a strict vote count that would reject Murkowski votes in which the candidate’s name was misspelled or in which sloppy handwriting could lead to ambiguity. The Alaska courts meanwhile are likely to favor a looser standard in which clear voter intent is all that is needed to count a ballot one way or another. The irony, of course, is that Tea Party members claim to oppose Federal power in favor of “States Rights.” However, as several issues –such as statewide marihuana decriminalization movements and the 2000 presidential recount– have shown, adhrence to “States Rights” dogma generally plays second fiddle to conservative’s broader ideological agenda and desire to exercise political power. Thus Miller’s appeal to Federal courts in this case doesn’t come as much of a shock, regardless of how hypocritical it might strike a casual observer.

Though a Murkowski victory issn’t really all that much to celebrate for progressives, the likely results of the Alaska race do provide some comfort in that they demonstrate that even in a state like Alaska, Teabagger Krazytime doesn’t play much beyond the GOP base.

Better the entitled princess than the bearded insane thug who has, er, law issues.