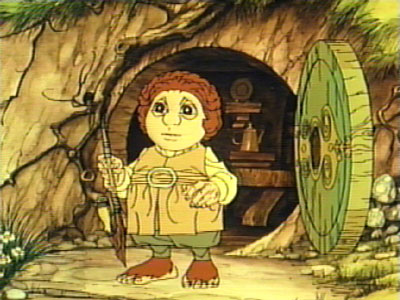 Apparently the country of New Zealand has amended its constitution to make Peter Jackson King of New Zealand and Labor Minister in perpetuity. This was done in a bid to ensure that the two new “Hobbit” movies are filmed there rather than on a soundstage in Hollywood (like the hugely successful “Plan 9 from Outer Space” was). Supposedly the films have a budget of about $500 million, which is something like 6 times the country’s GNP and enough to make about half the population millionaires, so everyone in New Zealand is cool with it (except the labor unions who are never happy about anything). Now Peter Jackson can pay the movie actors whetever he wants, and even have them do his laundry and mow his lawn (or till his outback, or whatever it is those guys have behind their houses in New Zealand). Everyone wins:

The deal came after two days of talks between Mr. Key and other government officials and executives from Warner and its New Line Cinema unit.

Filming of the two “Hobbit” movies, which is expected to start in February, had been threatened by a dispute over whether a New Zealand branch of an Australian union could engage in collective bargaining on the Hollywood films, which they have not been able to do in the past.

@Benedick: Is that a statement or a command?

Utah is trying to horn in New Mexico’s gig as a fave spot for location shoots. There’s about 250 people on a shoot now for an adaptation of a book called “Bless Me, Ultima” out on a ranch owned by a friend of Mrs RML’s. That new Robert Downwy Jr movie was shot here, as was the Simon Pegg/Nick Frost movie Paul, and the True Grit remake. The Georgia O’Keefe Lifetime movie was shot a block from my office, and Natalie Portman shot a scene for Brothers next door to my office.

Right wing assholes are constantly trying to kill our tax incentives for film making, saying the cost exceeds the income brought in, but I think it’s really a bias against Hollywood Liberals.

@redmanlaw: Funny, here in Ga (retardistan) even though Hollywood is bringing in filthy liberals, they are gladly welcoming their dirty money, giving them all sorts of breaks, marketing to them, and the city fathers (granted, the city is a blue dot of sanity) have agreed to let one of the major studios transform a major indoor fairgrounds hall into a soundstage.

Sadly, my neighborhood’s current Hollywood connection is that they filmed part of Fast and the Furious 5 (yes, 5) at the old Pullman rail yards.

Well, thank goodness. With a budget that tight I don’t know how they could possibly afford overtime.

Honey wagon’s gonna be all Ritz crackers and diced cantaloupe.

But still, you know how we hate outsourcing? That’s what this is. When even Canadians expect a decent wage (Canadians!) fly to NZ. Which is why I say – Fuck Hobbits.

The actors will be split between the US/Eurotard (aka Brits) contingent making very good money. And all the locals under 5’3″ on a day rate with glue stuck all over their bodies and nowhere to sit down.

Fuck the Lord of the Rings. But more especially: Fuck the fucking Hobbits. I hate those motherfuckers. And don’t get me started on elves!

yes sir
let me at um. I go for the short ones.

They’d better get Xena up in there if these flicks are gonna be any good.