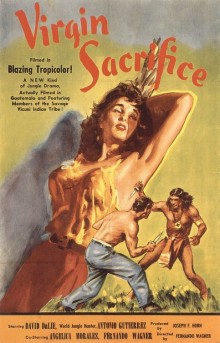 An intestersting document making the blog rounds today (meaning I’ve seen it on  at least two sites) is a Pdf prepared by an organization call thirdway that aims to detail for taxpayers just how much of their tax bill goes toward paying for different Federal programs. The Pdf uses the example of an individual making $34,140 a year and paying $5,400 in Federal income taxes. The actual breakdown of that $5,400 is quite instructive and would likely help give the average citizen a much clearer picture of just what his tax dollar is funding. For instance, of that $5,400 these are the totals that go to funding various government programs:

It’s a fascinating document, but when I added up the numbers provided by Thirdway, I immediately saw a problem: the chart actually falls over $2000 short of the $5,400 total. A parenthetical note explains that the paper only covers “selected items,” which is unfortunate, as it really limits the document’s usefulness to have more than two thousand dollars of budget items missing from a $5400 total. So I did a little sleuthing in order to help fill in the missing budget gaps. Here are a few more federal Government expenditures I found that are not covered by the original list:

On a positive note, Senate Adult Daycare expenditures have been reduced to $0.00 since the demise of Sens. Helms, Thurmond and Byrd for an average taxpayers savings of $23.00.

So, Stinquers: can you find anything else of significance that I’ve missed?

You forgot the cost of the puppeh and kitteh blood to keep Mr. Potter DarthCheney alive.

@Snorri Haraldsson: Has anyone welcomed you to our Evil Lair yet? If not, prepare for hazing.

@Snorri Haraldsson: You have a choice of a plush animal with an AM radio inside or two drink tickets for a welcoming gift. We only have one stuffed animal in stock because everyone goes for the drink tickets at The Laptop Lounge, a BYOB establishment which is open between 18 and 24 hours a day depending on dispersal of Stinquers across the globe. We’re big on beers, martinis and red wine.

How much for blackmail payments to former Congressional pages?

What’s sad is that the money used to improve the lot of folks in US America is more helpful to the economy than killing brown people for their oil as it generates more economic activity (buying food, cars, etc.)

Only people getting rich off war are the contractors and weapons makers.

@nojo: Darling, who is it calls you ‘darling’ even when he can’t get to his iMac and WordPress won’t let him near his old account so he has to set up a new Viking-themed one? I hope this isn’t too disappointing. I have to go to bed.

@Snorri Haraldsson: Y’know, I get email alerts whenever somebody registers, and the signup address didn’t look at all familiar. So I figured it was fresh meat, and not some fucking expat who just discovered that the iPad doesn’t do Xtube.

@Snorri Haraldsson: Getting his hopes up that way, shame on you. There’s something rotten…

@Nojo, cheer yourself up with this. “Snorri” will be soooo jealous.

@Snorri Haraldsson: I had a suspicion about that . . .

@redmanlaw: Me too. Snorri seemed to know us a little too well to have just come in off the herring boat.

@flippin eck: Silent Creative Partner is looking for an excuse to buy an iPad, and that might be it…

Is no one else as stoked as I am about Rahm’s run for mayor?

I’m jittery with excitement over insta-classic campaign slogans like “You’d have to be fuhkin rehtahdid not to vote for me!”

My guess is that Chi-town voters are gonna get rehtahdid real fast.

(Hey CB, flippin & General HF–save a bumpersticker for me!)

“A vote for Rahm means no cement boots in your future, for now anyways.”

And of course, the timeless Mad National Lampoon classic:

“Vote for me or I’ll shoot this dog!”

@¡Andrew!: Any of those slogans + this pic = unstoppable!

@flippin eck: If D.C. is Fucknutsville, what is Chicago?

Why would anyone want to be a big city mayor what with crime, budget cuts, city council meetings, labor issues, etc? Borring.

I once thought about the state legislature, but one of my FB friends who is on a legislative finance committee has been providing updates from committee hearings on “and now we’re hearing from this agency, that does that. New Mexico appreciates what you’re doing.” Hell with that. Last week as I was cutting wood on on the national forest I thought that one of the worst things about politics is that you have to be on the campaign trail during one of the best times of the year. I have a deer hunt scheduled for two weekends before election day, although there are later hunts available but not where my friend’s ranch is at, plus late season elk hunts.

Rham’s billboards will take a cue from Apple and simply feature a pop-art Keith Haring-style figure drawing a slash over the faces of his enemies the other candidates.

As long as you aren’t some limey we’ll be ok. We’re lousy with them around here.

What is Rahm thinking? If he wants real power he should drop the ‘h’ and join Endeavor/William Morris.

@nojo: That is based on a credit card I sometimes use for things I’d rather not discuss charitable contributions.

The iPad was returned.

@mellbell: I was a wheel once and I never made a dime off of it. I guess I was doing it wrong. One – or I, at least – could not give a party position the attention it required and still make a living, plus that, you are expected to spread around a lot of your own money.

Going for a firewood run tomorrow morning. I found a hillside last weekend with a lot of dry dead or down trees we can cut to about 5 or 6 feet and drag down the hill. We can fill the back of my pick up in a couple of hours.

Just got off the treadmill. 45 mins of mad men on dvd while carrying a 20 lb pack.

Um, I suspect that $229.17 for Iraq and Afghanistan was just the portion of special appropriations stuff. I didn’t see anything in the overall budget for general “defense” (ha ha) spending.

It’s amazing how that list shows the vast majority of the “budget” going for “entitlements”. Even though Social Security, at least, is supposedly a separately funded fund.

But “defense” is absolutely untouchable and any decrease in the increase counts only as a reduction that will MAKE OUR HOMELAND VULNERABLE!!! TO THE TERRORISTS!!!

@RML: Just settled in to my new notTibet pad; 3br, 2 bath and at least 6 hours of electricity a day! Managed to glom onto someone elses wee fee, which should serve me until the local ISP provider shows up tomorrow. The Acereros take on Bal’more and NFL Ticket don’t do iPhads!

@Nabisco: I was watching a hunting show last night where dudes were going for ibex in Pakistan. The place looked like the lowland New Mexico desert, which is why the Air Force now has a plan on the table to do low level tactical training flights at night N/NE of here including the Ancestral Homeland. On screen text said the area was a Taliban stronghold and started getting blasted by Predators shortly after the hunting party left.

The proposed training area is huge – from Clovis NM to Grand Junction CO to Aspen CO. I know some drunk homies will be taking potshots at the Ospreys lumbering though in the dark.

Fun fact: a friend who was the DA back home investigated the cattle mutilation phenomena of the 80s and 90s and concluded (privately) that US special forces types training and goofing around were in large part responsible.

@Snorri Haraldsson:
you didn’t fool me for one second, my mumsi..

i don’t care where Rahm does his finger poking, as long as he does it in public. pardon my swoon.

@redmanlaw: I have no doubt, re the cattle mutilation. Strung up my 550 chord to dry my laundry tonight, and got my go kit set for the Big Temblor that is due.