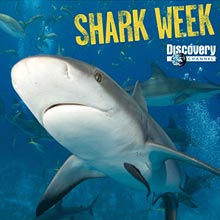 Update via TBD, 5 pm ET: “Police shot the suspect. His condition is not known. The three hostages are safe.”

At 5:30 pm, NBC is reporting that the suspect is dead.

“A man possibly armed with explosives took at least one hostage Wednesday at the headquarters of the Discovery Channel in Silver Spring, Maryland, police said.” [CNN]

I hate what they’ve done to Discovery and TLC, but not enough to take hostages.

This guy made the news a couple years back for staging a prolonged one-man protest outside their building. Hopefully none of the people I know who work on shows for Discovery Channel and Animal Planet had meetings there today.

@ManchuCandidate: Really. All that “the Bible is literally true and historically accurate”, Nostradamus and 2012 shit all the time.

OK
ONE MORE VON DANIKIAN “DOCUMENTARY” THE RECEPTIONIST GETS IT.

@mellbell: You got insider stuff on meerkats?

they always have to have three names.

Not a redneck name in my family…

@Capt Howdy: The real hardcore guys have to have a middle name of Wayne.

@nojo: I wonder if he’s related to that damn Mike Lee.

@SanFranLefty: Remember when shitty country singers and minor TV stars had to have three names? NPH rises above the crowd, though.

@SanFranLefty: I may have to add a new “Poppelgangsters” category.

@SanFranLefty: I’m sure they are. They work for production companies, not Discovery itself, so it would have to be a supremely bad case of wrong place, wrong time.

@Mistress Cynica: That would be our male line over three generations.

I fear it. Watching it is one of the warning signals of impending “Old Rice-Queendom”. As are teak furniture and china statues of the Goddess of Mercy, incidentally. I can already check off one of those boxes, so I try to resist the pictures of lovely, lovely old things when they come on…

@Tommmcatt Cannot Be Arsed To Think About Sharon Angle:
completely addicted. and I dont even like most of the shit. I just find it fascinating.

recently some guy had this tile panel that, if I had bought the house, would have been the very first thing I ripped out – worth hundreds of thousands of dollars.
its like a queenie lottery

Dude’s website is back up — and he’s major-league wacko:

2. All programs on Discovery Health-TLC must stop encouraging the birth of any more parasitic human infants and the false heroics behind those actions. In those programs’ places, programs encouraging human sterilization and infertility must be pushed. All former pro-birth programs must now push in the direction of stopping human birth, not encouraging it.

ThinkProgress also highlights a line about “anchor baby filth”, but really, don’t go there. That presumes coherence that isn’t to be found.

@redmanlaw: Three last names plus Roman numeral = Haute WASP. Bonus points if the Roman numerals are used by a female.

Just got back from the gym where I be pushin sick iron yo. I thought you people were joking!! I thought this was one of our dear noje’s jokes!!! I saw it on CNN with the sound off and weird subtitles. They could not believe the horror of his demand we all stop having kids. I can sort of get behind it though I wish he’d addressed his concerns to Miss, Ark, Okl, Ala, etc.

@Capt Howdy: I can’t watch it. Makes me want to smash things.

Great. Now the MSM will hand a free pass to every RW loon, since “the left does it too”. Fuck.

Post updated, story over: “Police shot the suspect. His condition is not known. The three hostages are safe.”

@nojo: Oh great, now those of us who worry about overpopulation and its effects on the planet are going to get lumped with this jackass.

@SanFranLefty: Seriously. Mrs RML were talking about it just this morning. Conspiracy theory says our Overlords will permit/cause something to occur that will reduce overpopulation closer to more manageable levels.

@Capt Howdy: Me too. I sometimes find myself watching it and shouting out my guesses for value when I’ve turned on the TV to look for some sporting event. I’ve gotten pretty good at Civil War swords.

@SanFranLefty: Actually, ThinkProgress wins the award for Most Awkward Politicization:

It’s not a coincidence that many of these are amongst the same groups that have always supported changing the 14th amendment to deny “anchor babies,” or the American-born children of undocumented immigrants, citizenship — long before the debate entered the political mainstream this summer.

Yes, it’s a coincidence. I saved a copy of his “screed” between website crashes, and good luck trying to make sense of it.

What distinguishes, say, a “screed” from a “polemic”, for example? Or a “jeremiad”?

Who is to judge, really?

@nojo: I think “wounded” would be a good starting point to describe his condition.

@Tommmcatt Cannot Be Arsed To Think About Sharon Angle: What distinguishes, say, a “screed” from a “polemic”, for example? Or a “jeremiad”?

Quite honestly: I don’t think he’s fit to prosecute.

@redmanlaw: As just updated at TBD, “dead” would be more appropriate.

That would rule out a long trial, then.

@Tommmcatt Cannot Be Arsed To Think About Sharon Angle: I’m ashamed to admit that made me laugh because of the extreme amounts of love I have towards all living creatures. Particularly Jurgen Prochnow.

@SanFranLefty: Too inefficient. That will be the aftermath.

All I know is I’m looking forward to Friday.

Why did no one tell me we were going to have a heatwave? I would have put the wet dish towels in the freezer sooner.

Currently 88 degrees in my house, felt like 108 until I soaked my clothes, now it feels like a tolerable 86.

@karen marie: You could listen to “Trapped Under Ice” by Metallica to cool off.

@karen marie: There’s talk of Fire Island being evacuated. One of the last weekends of the season. It’s going to get ugly.

Come to the dark side, Benedick. Come for the snark, but stay for the schadenfreude…

Place gives me the total willies.

@Benedick:
not a bad idea. its a frickin sand bar lined with million of dollars in houses.

but that evacuation could be more fun than most.

@Benedick: Isn’t Willies what peeps go to get at Fire Island?

@that’s “Free Willies”, which kinda brings us back to Discovery/Animal Planet.

Hey MellBell, I thought they drained this swamp in the 1900s? I’m getting eaten alive by skeeters waiting for an uptown bus.

I blame Mike Rowe and his shilling for Ford.

@JNOV: Just don’t blame the Mythbusters or RML and I will be forced to kick your butt… ;-)

@SanFranLefty: Meh. My students will beat you to it. I’m glad those three newish Mythbusters are reciting their lines better these days…

I tell you what I DO hate: History Detectives.

@JNOV: Your boy Bear is taking some shit in a Field and Stream article this month on how dudes git kilt trying to do outdoor adventure stuff they see on TV. The cover plugs it as “Advice That Can Kill You.” The article says stuff like “Bear don’t tell you that if you slip while fording that raging river, that yer fucking dead, ese.”

I guess there’s documented stories of guys going Into the Wild with a flint and steel and fail trying to make fires and freeze to death their second night out. Didn’t help that they were ill-clad as well.

@JNOV: You hate History Detectives? Bite your tongue, woman! I LOVE that show. Love, Love, Love, and wish I could be one of the people paid to go around and research bizarre history myths with Elvis Costello playing in the background.

Or-EE-Gon Public Television at its best.

@SanFranLefty: If you like, I can explain my disdain in the sandbox later; it’s kind of interesting. Right now I’m wondering why I’m up. I am tired.