Stinque
Home Latest Comments Log in
If it smells, we’re on it.
Stinque
Mastodon: @stinque@mas.to
Beckistan 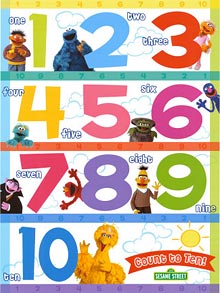 In an era when satellite imagery allows one to count cars from space, and in a country fascinated with numbers (weekly box office take, home runs, calorie counting, etc) the MSM is having a difficult time with the math on Glenn Beck’s Restoring Honor rally held on the Mall in Washington yesterday. By all reasonable estimates, nearly half a million people were in attendance, and yet, confusion (or perhaps subterfuge) rules the day.

However, CBS News wins the big prize here. In a web piece called Glenn Beck; “Something Beyond Imagination Is Happening,” the last-place news network actually reported their estimate for the crowd to be 87,000. Seriously. There has been no claim of website hacking by CBS, so one must assume that they meant what they wrote when stating; “Approximately 87,000 people attended the rally, according to a crowd estimate commissioned by CBS News. The estimate was made using aerial photos taken at noon, which was judged to be the height of the event. The estimate has a margin of error of 9,000 people.” CBS News is also the network setting records in the ratings department, the low ratings department.

CBS provided the only crowd estimate citing a methodology.

Just How Large Was the Attendance At Beck’s ‘Restoring Honor’ Rally? [Big Journalism]

I got to ten but ran out of digits and the dogs wouldn’t hold still.

Wow, what a bitch Drudge is. It’s not like I haven’t said bitchy things like that before but usually when it was about someone being proven wrong. Low ratings don’t mean a wrong though.

Fuckin’ Numbers, how do they work?

I’m sure, if pressed, the teabaggers could be convinced that numbers are all a gigantic Mooslem conspiracy (they are *Arabic* numerals, after all!)

Teabagger response: What does it fucking matter? Fucking JESUS was there! And Jesus wants Obama fucking DEAD! That’s why fucking Jesus gave us a fucking second fucking amendment! To protect ourselves from nazi fucking islamofascist fucking Keynan usurpers! The lame stream media doesn’t even mention it because they are all islamofascists who hate fucking JESUS!

Wait, they were restoring honor? How come nobody told me? I want mine back just so I have bragging rights until I do the Mr. again.

By “honor” they mean “virginity”, right?

@Tommmcatt Cannot Be Arsed To Think About Sharon Angle: By “honor” they mean “virginity”, right?

That was one of the Vox choices, until something else bumped it.

Stinque Book Club Field Report: On a table outside the Stinque Remote Office there’s a paperback of Atlas Shrugged. Looks like the reader (update: dude) is about to page 75, judging by the bookmark.