The Second Time As Comedy 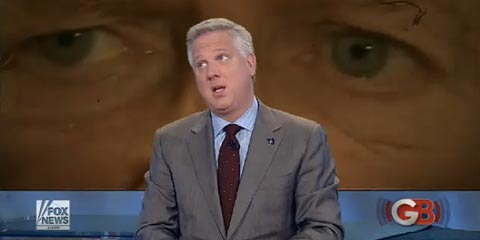 Our guest columnist this morning is Richard Hofstadter.

If, after our historically discontinuous examples of the paranoid style, we now take the long jump to the contemporary right wing, we find some rather important differences from the nineteenth-century movements. The spokesmen of those earlier movements felt that they stood for causes and personal types that were still in possession of their country — that they were fending off threats to a still established way of life. But the modern right wing, as Daniel Bell has put it, feels dispossessed: America has been largely taken away from them and their kind, though they are determined to try to repossess it and to prevent the final destructive act of subversion. The old American virtues have already been eaten away by cosmopolitans and intellectuals; the old competitive capitalism has been gradually undermined by socialistic and communistic schemers; the old national security and independence have been destroyed by treasonous plots, having as their most powerful agents not merely outsiders and foreigners as of old but major statesmen who are at the very centers of American power. Their predecessors had discovered conspiracies; the modern radical right finds conspiracy to be betrayal from on high.

Important changes may also be traced to the effects of the mass media. The villains of the modern right are much more vivid than those of their paranoid predecessors, much better known to the public; the literature of the paranoid style is by the same token richer and more circumstantial in personal description and personal invective. For the vaguely delineated villains of the anti-Masons, for the obscure and disguised Jesuit agents, the little-known papal delegates of the anti-Catholics, for the shadowy international bankers of the monetary conspiracies, we may now substitute eminent public figures like Presidents Roosevelt, Truman, and Eisenhower, secretaries of State like Marshall, Acheson, and Dulles, Justices of the Supreme Court like Frankfurter and Warren, and the whole battery of lesser but still famous and vivid alleged conspirators headed by Alger Hiss.

Events since 1939 have given the contemporary right-wing paranoid a vast theatre for his imagination, full of rich and proliferating detail, replete with realistic cues and undeniable proofs of the validity of his suspicions. The theatre of action is now the entire world, and he can draw not only on the events of World War II, but also on those of the Korean War and the Cold War. Any historian of warfare knows it is in good part a comedy of errors and a museum of incompetence; but if for every error and every act of incompetence one can substitute an act of treason, many points of fascinating interpretation are open to the paranoid imagination. In the end, the real mystery, for one who reads the primary works of paranoid scholarship, is not how the United States has been brought to its present dangerous position but how it has managed to survive at all…

We are all sufferers from history, but the paranoid is a double sufferer, since he is afflicted not only by the real world, with the rest of us, but by his fantasies as well.

But Goldine is a great investment and IS NO WAY BEING INVESTIGATED FOR FRAUD… Right? Right?

I don’t think he’s right about this. I see no difference whatsoever beyond the media thing. Feeling dispossessed and paranoid is how some of us have always reacted to turning 50. Many of these themes were already in play after the failure of the Plymouth colony which, due to their extreme incompetence in pretty much everything, was rapidly superseded by the Mass Bay Colony – aka Boston, a site the pilgrims rejected as not having a hill on which to build their shining city or some damn thing – and left them muttering into their beer about treachery and satan. If they’d had a blog it wouldn’t have been so very different from Red State. I think it flatters us to think we’re living through unprecedented times. I don’t think we are, though the volume has certainly been set to 11. Besides which, Harper’s can kiss my ass. Smug mothers.

@Benedick: I have made up a word to describe that thing you mentioned, the belief that these days, this time, is somehow special and different from all other times: temporo-centrism. It is not logical, it is a bit self-centered, to believe that your time, this time, is a special and unique time, yet every generation believes it. Just re-read Yeats great yawp of despair over the state of his time, 100 years ago, The Second Coming. Ha, he thought he was dealing with a rough beast, he didn’t know about Cheney.

There was a story recently that scientists have discovered a material of some sort, I don’t know what it was, but the thing is, it is the least reflective material ever found, it absorbs almost all radiation which strikes it, including light. Which means, it is black, it is the blackest thing known, which means, yes, there is none more black.

I’m not sure if the 1964 date on the Harpers article is a good or a bad sign. On the one hand, it’s a clear indication that the RW has been crazy-as-hell for nigh on two generations and we’re still here. On the other hand, that indicates that the crazeee is notably resistant to things like “facts”; most philosophies couldn’t spend 50 years yelling “OMG the sky is falling” without the grownups finally realizing that it *might* not be true…

@al2o3cr:
It’s a strain of crazy that’s been since before US America.

This will cheer you all up.

Today I caught Lucy sharing her lunch with Mr. Mittens.