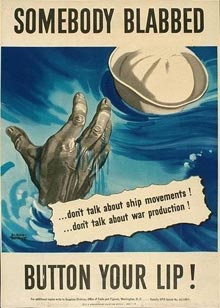 It’s not unusual for a candidate to run toward the middle after a primary, or to obfuscate his positions. But Libertarians are principled politicos, unafraid to stand up for their philosophy, no matter where the chips fall.

Or so we thought:

Paul, 47, an ophthalmologist by profession, says the kerfuffle has changed the way he campaigns. “After the primary, I really wanted to jump right into the national debate,” he says. His civil-rights remarks, he admits, “have made doing that a little more difficult.” However, “No one [in the GOP] is forcing me to do anything. I do exactly what I want, but I am also realistic about what it takes to run a campaign and get elected.” For instance, instead of calling for the elimination of many federal departments — as his father, Ron Paul, the libertarian Republican congressman and former presidential candidate, regularly does — Paul says he is trying to “nibble around the edges,” to “not be the person who says he will eliminate every department in the federal government. My dad freely will say that, that he would eliminate at least half of the departments, but he is just more forthright.”

Meet the new generation of Pragmatic Libertarians: Boldly lying through their teeth if that’s what it takes to win.

The Reeducation of Rand Paul [NRO]

Couldn’t this be construed as “going limp”? Thus, by the third rule of Fight Club, lil Rand-y would need to withdraw.

From Wikipedia: 3. When someone says stop, or goes limp, even if he’s just faking it, the fight is over.

This is standard GOP practice – I recall it even merited a sizable mention in the douchenozzle that’s now VA-Gov’s thesis, where “troo Conservatives” had to hide their beyond-the-pale beliefs until *after* they were elected. After all, wouldn’t want the voters to actually have a CHOICE!

I’m gonna threadjack here, its as good a place as any. Apparently, Cheney is waiting for a heart transplant. They better fucking not give that fuck a heart. He has finally admitted he had an “lvad” implanted last week. Here is the American Heart Association description of this device:

“When is an LVAD used?

This device is sometimes called a “bridge to transplant.” People awaiting a heart transplant often must wait a long time before a suitable heart becomes available. During this wait, the patient’s already-weakened heart may deteriorate and become unable to pump enough blood to sustain life. An LVAD can help a weak heart and “buy time” for the patient.”

Do they put 70 year-old douchefuck evil satanic fuckwads on the transplant list? Are they going to let this evil bastard kill one more person before he dies by taking a heart he doesn’t deserve and depriving some poor soul who never shot a lawyer in the face or lied a country into war and killed half a million people?

@Prommie: I was about to TJ with that story too.

I want Chainsaw to skullfuck and ballatine ale piss on him. And then stomp on the lump of coal that currently masquerades as the organ that pumps blood through his system.

Can I just add with regard to Darth Cheney, to quote Otto in Wanda:

I had the list on hand to write the morning blather.

@Prommie: I was just reading/writing about LVADs for work today. This is important: LVADs can’t get wet! He’s like the Wicked Witch right now, we just need to throw a bucket of water at him and he’ll be melting…melting!

You’d think they’d just let Cheney loose after nightfall so that he can select his victim himself.

@nojo: Thank you. And in another threadjack, California Chief Justice Ron George just announced that he is retiring, giving lame duck Governator the chance to name his replacement.

Probably better that Arnie do it than eMeg, though.

The 20 worst Mel Gibson quotes as presented by kittehs

@Prommie: Damn. Where’s the long lines of rationed Obamacare I was promised?

They’ll be buying one from China. Executions and such as.

@flippin eck: Since the man receives his hydration from the blood of kittehs and bunnehs, it’s not like there’s any water going in his system…

Or the death panels? BRING ON THE DEATH PANELS!

@Tommmcat Still Gets Carly Confused With Meg: And cunts, apparently.

@Prommie: Wait? Wait?? Waiting’ s for losers. He has his henchmen out selecting a suitable “donor” right now. They’ve already looked through everyone’s private medical records to find the best fit. Now they just wait for it to get dark.

Yours truly is going to watch the first oral arguments on the SB1070 lawsuits tomorrow.

All straight guys have a thing about La fleur privee, I think. Mel just is letting his freak flag fly.

@ Jamie: Get there early, there will be a line. Did you see the GOP has an amendment to the big finance bill that would defund DOJ of any money to sue Arizona?

@SanFranLefty: I’m all over it. Hopefully, it will be in the big ass courtroom, seen here, because it has more seating and an SRO viewing area on the second level. (Also, I would like for it to be in the “Broom” closet so I can hide on the 2d floor in case I need to avoid anyone I know and need to punch in the face.)

I saw something about that but I wasn’t taking it seriously. I figure it’s just bitchez lookin’ for publicity.

Dick Cheney no longer has a pulse.

@nojo:
Dick Cheney probably doesn’t have a shadow either but that’s just speculating based on the evidence.

@Tommmcat Still Gets Carly Confused With Meg: Plus, he has to be plugged in at night.

How Rachel made it through that segment without snickering is beyond me.

@nojo: Cheney has no heart for any other human being, so, no heart for Cheney. Motherfucker is a champion of “everyone for himself, I got mine,” how dare he accept someone’s charitable gift of their heart?

And how come they hid this for half a week or more? Was he hoping they would hook him up right quick, noone would know he was on the waiting list until after he got his heart? I looked at the AP reports of his release from the hospital, they were very clear, they said, and I quote, “he received medication to reduce the fluid accumulation.” They hid it, on purpose. Evil ratbastard shitbag probably only announced it because he got word someone else was going to.

The criteria, so far as I know, are age, general health and chance of survival, and criticality of need.

Ratbastard motherfucker, he was the world’s champion of the “I got mine” philosophy, he doesn’t believe anyone owes anything to people less fortunate, well, now that he is in need, fuck him.

I am a bleeding heart, just the other day, I gave a mini-sermon, on how youu have to love everyone, everyone, even the stupid and wrong, otherwise you are just as bad as them. I don’t like to speak ill of the dead or dying, its a fate we all share in common, the one common foe that should unite all living beings.

And oh, hey, has anyone heard Tom Waits greatest song ever? This is the spirit of Woody Guthrie, right here, this song makes me cry hard:
http://www.youtube.com/watch?v=78YpvJI6eSw

“You’d think they’d just let Cheney loose after nightfall so that he can select his victim himself.”

i’m aquiring a taste for ballantine. there’s no grave i want to piss on more.
hey PROMMIE…do they make those hoses that go down the pant legs of girls?