Sexual Performance in the White House 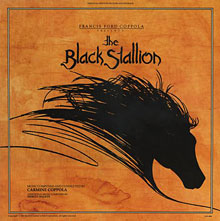 Wingnut blogs are having a feeding frenzy today, as the National Enquirer re-breaks an old rumor from 2008:

Reports out of Washington, DC: PRESIDENT OBAMA in a shocking cheating scandal after being caught in a Washington, DC Hotel with a former campaign aide.

A confidential investigation has learned that Obama first became close to gorgeous 35 year-old VERA BAKER in 2004 when she worked tirelessly to get him elected to the US Senate, raising millions in campaign contributions.

While Baker has insisted in the past that “nothing happened” between them, reports reveal that top anti-Obama operatives are offering more than $1 million to witnesses to reveal what they know about the alleged hush-hush affair.

Among those being offered money is a limo driver who says in 2004 that he took Vera to a secret hotel rendezvous in where Obama was staying.

An ENQUIRER reporter has confirmed the limo driver’s account of the secret 2004 rendezvous.

As we’ve learned from John Edwards’ tryst with the alien baby momma, you can’t dismiss Enquirer reports out of hand — even when dealing with a fair-game elected politician, you figure they’ve run every syllable past the lawyers.

So what are they actually reporting?

1. Despite “shocking cheating scandal” in the lede, they’ll only say “became close” in the story — vague enough to cover friends without benefits.

2. The limo driver’s “secret hotel rendezvous” is similarly vague — it could be true with the deliberately suggestive connotation.

3. It’s not Obama ops who are putting up a cool million in hush money, but anti-Obama ops who will pay for play.

What? You haven’t heard the rumors? Let’s set the Wayback Machine for October 2008 and step inside:

Barack Obama is the target of a shadowy smear campaign designed to derail his bid for the US Presidency by falsely claiming he had a close friendship with an attractive African-American female employee.

The whispers focus on a young woman who in 2004 was hired to work on his team for his bid to become a senator.

The woman was purportedly sidelined from her duties after Senator Obama’s wife, Michelle, became convinced that he had developed a personal friendship with her.

The allegations were initially circulated in August, just two weeks before the convention at which Obama finally beat his opponent for the Democratic Party nomination, Hillary Clinton.

The woman, now 33, vigorously denies the vicious and unsubstantiated gossip.

And some Washington insiders suggested that she was the victim of an 11th-hour attempt to smear Obama by die-hard Hillary supporters.

But now the rumours have resurfaced, suggesting that they may be coming from elements in the Republican Party.

According to sources interviewed by The Mail on Sunday, the respected Los Angeles Times, the tabloid National Enquirer and the huge ABC television network have been provided with the woman’s name.

In the most commonly-purveyed version of the rumour, she was ‘exiled’ to a Caribbean island because Michelle Obama objected to her job on the 2004 campaign.

A lawyer representing the woman said: ‘Although her duties on the [2004] campaign changed over time, there was never any hint that Mrs Obama had any concerns about her relationship with the Senator or played any role in recommending a change in her duties.’

According to our investigation into the rumours, they originated with political veterans who claim to be loyal Democrats.

They have tried to persuade reporters that they have the woman’s interests at heart.

One of the sources who has been circulating the rumours admitted never meeting the woman but claimed he has spoken to ‘a group of African American’ women who are her friends and believe she was mistreated.

‘They said she was removed from her position and the political scene because Michelle got wind of the fact that she had a close friendship with her husband,’ the source said. ‘She disappeared, then she reappeared in the Caribbean.’

The Mail on Sunday located the woman in the Caribbean, where she now works. She denied that Mrs Obama had raised any objections to her job on the 2004 campaign.

‘No,’ she said. ‘Nothing happened. I just left … at the end of the campaign.’

Asked about the claim that Mrs Obama accused her of having a close friendship with the Senator, she said: ‘I have no comment on anything.

‘I switched careers. That’s it. I’m a Democrat and I support Senator Obama … I don’t have anything to say.’

She added that she emigrated to the Caribbean from the US after falling in love with the man with whom she now lives.

So: The Daily Mail looked into it, but could only come up with hearsay.

Final point: “Outside the Beltway” has a version of the Enquirer story that doesn’t match what the Enquirer itself is posting online. This may be the print version (which we don’t have access to), or the Enquirer’s “update” may have pulled back a bit.

That story says the limo driver dropped off the Happy Couple at the Hotel George — “My services for the evening were done – and there was no indication she was going to leave the hotel that night” — and mentions a “hush-hush security video that shows everything,” but hasn’t surfaced.

Even if true, nothing will come of it, of course. It’s not like the campaign aide was a white woman.

Obama is hit by ‘affair’ smears following claims that attractive aide was banned by his wife [Daily Mail, 10/11/2008, via Below the Beltway]

Obama Affair Rumors [Outside the Beltway]

Is that you, Larry Sinclair?

Once again (pace Clinton) I say … he’s the leader of the “Free World” – if he needs a bit of relaxation, so be it. Their private life isn’t our business unless he’s out there trying to control mine.

Any excuse to drag up the Johhnie story. He’s human too, people.

I think that once you’ve said that the Mail has looked into it you’ve pretty much said it all. Now, where are the new pics of Alex Reid as Roxanne? Enquiring minds want to see.

Why doesn’t he should up on TV and admit he has between 10-50 women a day because a man needs a hobby and it might has well be doing something that makes others happy – like pestorking.

Even if true, nothing will come of it, of course. It’s not like the campaign aide was a white woman.
Well exactly.
I’m just imagining the can of whoop-ass Michelle and her brothers would open up on him if he ever even thought about anything like that. And the “other woman” wouldn’t be in the Caribbean. She’d be in Antarctica.