Stinque
Home Latest Comments Log in
If it smells, we’re on it.
Stinque
This is America.
Fashionistas

The Coconut Brazilian, by David Mamet 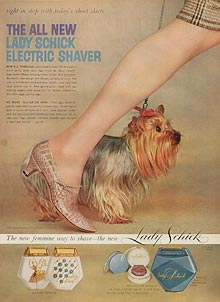 VAN SUSTEREN: You have said about your opponent, Mr. Rubio, that he is the greatest fraud perpetrated. So it sounds like you have had a couple of punches back as well. Why do you say that?

CRIST: Because he’s trying to pawn himself off as a fiscal conservative. And yet just in recent weeks, two weeks ago it has come out in news accounts he had a Republican Party of Florida credit card that he charged $130 haircut, or maybe it was a back wax — we are not sure what all he got at that place.

CRIST: I don’t know what it was, you know?

VAN SUSTEREN: I know, but was there a suggestion it was for a back wax, or are you being flip?

CRIST: I don’t know what it was. Initially we were told it was a haircut. And then he said it wasn’t a haircut. Then he had the gall to go on Neil Cavuto’s show and said it was his money. It was a credit card from the Republican Party. It was party donors’ money.

The detachment from reality is stunning to me. And to try to say that you’re a fiscal conservative, yet you spend $130 for maybe a haircut and maybe other things, I don’t know what you do at a salon when you are a guy.

Crist vs. Rubio: Who’s ‘Perpetrating a Fraud’ in Florida? [Fox, via Political Wire/RML]

First the woman who crashed while shaving her bikini line, now backwaxing. What’s up with Floridians and their fixation on body hair?

That is so stupid it is almost awesome.

But please, how much does that blue rinse and razor cut cost Crist? To say nothing of the moisturizer. Them tanning beds are hell.