Stinque
Home Latest Comments Log in
If it smells, we’re on it.
Stinque
Assholes, they do vex us.
The Stupid 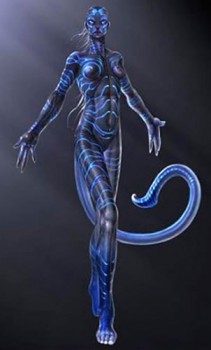 I haven’t seen Avatar, but if J-Pod hates it, I’m definitely going to:

John Podhoretz, the Weekly Standard’s film critic, called the film “blitheringly stupid; indeed, it’s among the dumbest movies I’ve ever seen.” He goes on to say: “You’re going to hear a lot over the next couple of weeks about the movie’s politics — about how it’s a Green epic about despoiling the environment, and an attack on the war in Iraq. . . . The conclusion does ask the audience to root for the defeat of American soldiers at the hands of an insurgency. So it is a deep expression of anti-Americanism — kind of. The thing is, one would be giving Jim Cameron too much credit to take ‘Avatar’ — with its . . . hatred of the military and American institutions and the notion that to be human is just way uncool — at all seriously as a political document. It’s more interesting as an example of how deeply rooted these standard issue counterculture cliches in Hollywood have become by now.”

And if J-Pod brings the stupid, you can count on Ross Douchebag to bring the stupid with sprinkles:

Ross Douthat, writing in the New York Times, took Cameron to task on another favorite conservative front, as yet another Hollywood filmmaker who refuses to acknowledge the power of religion. Douthat calls “Avatar” the “Gospel according to James. But not the Christian Gospel. Instead, ‘Avatar’ is Cameron’s long apologia for pantheism — a faith that equates God with Nature, and calls humanity into religious communion with the natural world.” Douthat contends that societies close to nature, like the Na’vi in “Avatar,” aren’t shining Edens at all — “they’re places where existence tends to be nasty, brutish and short.”…

Did it ever occur to Ross that equating god with nature might result in a world that isn’t on the edge of disaster?

Just another day in the conservative echo chamber.

Wow, they made all of that out of a two-hour ad for a lunch box and a video game?

@FlyingChainSaw: I remember my Flintstones lunchbox fondly … with matching Thermos!

there has been lots and lots of right wing froth about it.

@blogenfreude: My mom insisted I eat a hot lunch, when a box would have been a lot cooler.

Thank god we still had real cardboard cigar boxes, and not the “kid-friendly” versions that started turning up in later years. What’s the point if it’s not mildly subversive?

@nojo: I wanted a Jetsons lunchbox, but Juvenile Sales (a toy store in Wheaton, MD) was out. Ranks right up with the time, when I was 5, that we moved with Mayflower – and the driver was out of those model moving vans they used to give away. It was important, dammit!

@blogenfreude: I scored pretty well on that front: a plush Axelrod from Flying A — kids, ask your grandparents — and a Tonka-quality tanker from Phillips 66.

And while we’re there, Dad still says “Richfield.”

I had one of these.

@nojo: I recall getting a plastic dinosaur when we filled up at a Sinclair on MD Rte 40 (filled up a 1964 Chevy BelAir, if you must know). Wish I still had it.

@blogenfreude: I once had a 1960 belair (three tail lights with eyebrow fins) convertible. black with red leather and a Hurst on the floor.
man, I wish I still had that.

@blogenfreude: Ah, Sinclair. No dinos in the Pacific Northwest, but gas-station maps had all these cool logos from exotic places we’d never visit. Including umpteen versions of Standard Oil.

@Dodgerblue: Just draw a line with a Sharpie and you have the opening credits of Dr. Strangelove.

I think we may have a snow day from work tomorrow.

yaaaaa. get to stay home and play in the snow with the snow dogs.

@nojo: And remember when you found out Hess was a place that sold gas? I think I saw my first one in Baltimore – they didn’t exist in DC.

@blogenfreude: No Hess in our parts. There was an indie chain called Awful Bros., or something like that.

Which reminds me: Even or Odd?

These folks. And even or odd what?

And even or odd license plates, of course. For the gas lines.

Whew. Now I can sleep tonight.

I think we were odd … but I do recall being put behind the wheel in a gas line (at age 14) so my dad could run off somewhere to do other errands.

@Capt Howdy: Took my driving test in the Sport Sedan version of this – no A/C, no power brakes, black vinyl interior. Ack.

@blogenfreude: Dad knew the owner of a corner Richfield (I don’t think they were Arco yet), who offered private fillings. When the state caught wind of that scheme and stopped it, the owner would open at midnight, and only tell loyal customers.

And I’ve long said that a gas crisis at age 14 frames your outlook for life.

Re: the Avatar thing – if Cameron had *really* wanted to paint Western society in a bad light, he would have showed the REAL end of the movie where we carpet-bombed the entire planet flat from space. We kill millions right now for stuff that’s less than $100 a barrel – at $20 million per kilogram, we’d roast babies on spits if needed…

And the headline was disappointing – I thought it was a reference to this, where Rep. King finally admits that he’s really just in politics to lob easy jokes onto the Daily Show. :)

@al2o3cr: I’m having a real hard time caring about the War on Nomenclature. It’s one of those moments when the blog buzz drifts away from my interest.

@blogenfreude:
best gas line story ever.
Houston 1970whatever. looooooong line. around the block. and blocks in Houston are fucking huge. suddenly a blond bimbo in a Mercedes convertible whips into the line about 5 cars from the pumps. people scream. she ignores them. then some guy with a car exactly like hers crawls about 20 car lengths on his hands and knees in what looks like a very expensive suit up the side of the road to get to her car and while the two blond bimbos chat carefully removes her gas cap and replaces it with his LOCKING gas cap. then stands up and leans on her car on his elbows and holds up a small key.
he says “see this? you are going to need this to put gas in your car.” then he pitches it down a storm drain.
standing ovation from the whole line.

@Capt Howdy: Wonderful – I almost had a similar incident – taxi driver at (I think) 59th and Madison raced around the corner and ran over my TOES on one foot, so I pounded on the trunk. Guy got out of his taxi and started yelling. I rushed him with the idea of yanking the keys out of the ignition and throwing them down a storm drain or somewhere he couldn’t get them. He wound up jumping back into his taxi and taking off.

The conclusion does ask the audience to root for the defeat of American soldiers at the hands of an insurgency.

Merriam-Webster defines an insurgent as, “ person who revolts against civil authority or an established government.”

So the Na’Vi are not insurgents. They’re Freedom Fighters. They are resisting an invading army, not revolting against an established government. This word was also incorrectly used to describe Iraqi civilians who resisted the American invasion and occupation in the Bush Disaster.

The reality is much simpler: An Insurgent fights against us. A Freedom Fighter fights for us.

Until we switch sides. See “Taliban”.

@Dodgerblue: pretty sure it was the 327 – my dad was cheap cheap cheap.

@blogenfreude: I had a 327 Chevelle that I thought was pretty fast at the time — but my Subie wagon is faster.

Not really much substance to care about, no. The humor was in the fact that such a story would have been material for The Onion or an April Fools joke 10 years ago.

@Capt Howdy: 1969 LaSabre convertible in pink champagne, black top with 350 CI V-8 and power everything. Banging a buck plus it still felt like you were in your living room on the couch. Except for the annoying fucks in the back who shrieked nonsense about going blind and not being able to drink their beers because of the turbulence. Assholes, drink or get the fuck out, now, no problem, there’s the fucking door!

@Qunt: I mean, didn’t one of them wear a blue turban? I didn’t see anyone drinking either.

First car I remember from my youth was a 1961 Cadillac Fleetwood dad had, in about 1969, in those days an 8 year old car was a dinosaur.

It was just like the one in the movie, Gran Torino.

“pantheism — a faith that equates God with Nature, and calls humanity into religious communion with the natural world”

Hey, it works for me. I spent the afternoon wearing a buffalo head, a white buckskin kilt, and moccasins with my face and body painted red for the Buffalo Dance with about a hundred (? – can’t really see too well with the head on) other guys in the Pueblo plaza back at the ancestral home.

@redmanlaw: Not to disrespect your cultural tradition or at all make wives nervous, but the thought of a bunch of Native American dudes doing that sounds kinda hawt.