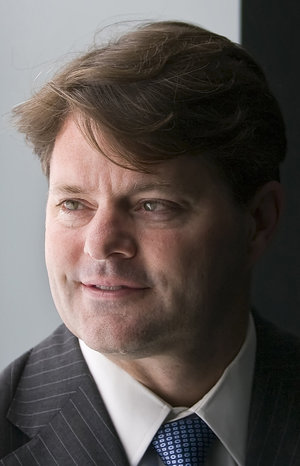 GOP S&M Sex Icon Jetton has been charged with second-degree assault after a Sikeston woman reported he came to her home, apparently drugged her, battered her black and blue for hours and allegedly had sex with her unconscious body in the best traditions of the GOP.

The Star recovered the report, obviously written by a very literate cop with an eye for the lurid, the wanton and the diabolical, chronicled Jetton’s savage GOP mauling of the unnamed woman and the physical and psychic scars her encounter with the GOP icon left behind.

The alleged victim told police that she and Jetton began watching a football game and later a movie, and that Jetton twice made sexual moves that she rebuffed.

“(The victim) states the next thing she remembered, she was on the floor in the living room and Mr. Jetton was trying to restrain both of her hands with what appeared to be a leather belt,” the report says.

When she slipped her hands out of the restraint, the report said, Jetton hit her face at least four times and she lost consciousness.

She alleged that she woke again as she was being choked. Her version of the events indicates she was suggesting the wine they were drinking was drugged. A third time she came to, Jetton was having intercourse with her, she alleged.

This is the kind of wholesome lovemaking that defines the GOP’s relationship with sex and which made Jetton the party icon and symbol of American family values rectitude that he is today. In fact, Jetton is so keen on the matter of conventional sex that he “fired a state lawmaker from his committee chairmanship in 2007 because the lawmaker had changed a bill in order to end a state ban on gay sex — or what Jetton called ‘deviate sexual intercourse’,” according to TMP Muckraker.

Like all GOP leaders, Jetton knows in his heart that sex is to be consummated by a woman and a man with a blunt object or a fist he is ordained by god to push into her face – at least until she howls the safe word in the throws of agony and mortal fear – and drugs to render her unconscious when she refuses sex.  That’s wholesome snugglebunnies in the GOP way.

Sorry Nena and her 99 Red Balloons.

Apparently, the NC state constitution still has a leftover “you must praaaayse Jaysus” section, and a recent batch of electoral losers are going to try to use it to unseat their opponent. When they get completely slapped down by the nearest federal judge, expect the “activist judge” handwringing to begin…

Further TJ: JoeLie pulls the switch, may his household minorah run out of oil on only the second night.

@Nabisco:
Why the Demrats even bothered to suck up to that motherfucker I won’t ever get.

Probably a good time as any to get rid of the concept of the Senate being a gentleman’s club/country club.

@Nabisco: “In a surprise setback for Democratic leaders…”

Surprise? When did the Times get a sense of humor?

We may have a milder GOP scandal over here soon. The executive director of the Arizona GOP has already been caught going 109mph on the freeway by a speed camera, had pictures posted of himself getting a simulated BJ while wearing a Captain America costume, and now is being charged with using the GOP Voter Vault to stalk another woman. Plus, local Repub blog rumors present a picture of a guy who creeps out half the young women in the party with his greasy come-ons. If you look at the comments in the last link, you’ll see where the blog has come under pressure to take down the post and someone (likely the ED himself) is already attempting to smear the woman’s reputation even though her name is not yet known.

@Jamie Sommers: This guy has potential. Tell him to call us when he rapes a corpse.

@FlyingChainSaw: Surely a Captain America BJ is worth something.

What gets me about this is the party chairman, when asked about the ED’s misuse of the voter list told the press that it’s the national party’s private list and so they can do “whatever we want” with it. Thank FSM I’m not on that list.

The linked article was a complete bummer – I’d read the links as implying that he was caught on a speed camera going 109mph on the freeway *while* wearing a Captain America costume and getting a simulated BJ. That would be a refreshing new twist in the Republican Depravity Olympics.