Stinque
Home Latest Comments Log in
If it smells, we’re on it.
Stinque
Lovely day for a Perp Walk.
General Disarray

With Tears in Our Eyes do We Pen this Missive. 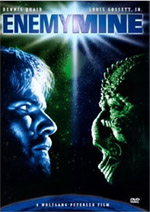 It is with not a little trepidation that we recommend today’s New York Times column by Maureen Dowd. She of the snarky tongue who adores celebrities so much she wholeheartedly endorsed Arnie for California Governor is often more fluffy than substantive, but in today’s ruminations, we feel, she does an admirable job of nailing the Obama administration’s current malaise right square on its thick head:

It couldn’t have been easy for Craig, a special counsel in the Clinton White House who directed the response on impeachment, to break away from the Clintons and help the insurgent Obama shatter Hillary’s dream of shattering the Oval glass ceiling….

I often wondered if Craig and U.N. Ambassador Susan Rice, the other former Clinton official who helped undermine Hillary’s foreign policy record, would have done so if they had known that after turning on Hillary they would once more end up working beside her; if they had known that Obama can often be more interested in wooing opponents than tending to those who put themselves on the line for him.

What’s most chilling is that, with Republicans biting the hand every time Obama extends it, the President keeps doing it, even as his loyalists and supporters feel ever more marginalized and ignored.

We’re coming seriously close to souring on this presidency. Where’s the change we were promised?

Serolf Divad wrote this post from a Panera coffee shop, sitting next to a window, watching as a steady rain drizzled from a gray and dispiriting sky.

Don’t take your friends for granted.

@redmanlaw: And there you go. Nobody’s going to desert Barry for the GOP, but with our enthusiasm curbed, some of us may keep our wallets zipped, others may simply stay home.

Then again, he’ll probably benefit from another opponent who’s too awful to contemplate.

Barry has to spit in the faces of his own sponsors on Wall Street, tear their arms off and fuck them in the ass with the wet ends. If he can’t get that done, we’re fucked forever. See you in Alberta. Dowd is a complete fucking clown. When she attempts anything that vaguely resembles reportage, she gets it completely wrong. Sucking off Arnie in public is about her speed.

Patience, Serolf! He’s an incrimentalist. Given this steady rate, we can expect him to really get his agenda I to full swing sometime in 2016.

And is it just me or is there something kinda…frenetic…about Hillary as the Secretary of State? I hate to sound like a wingnut, but there’s something not quite right, there. Can’t quite put my finger on it.

@Tommmcatt is hunkered down in the trenches: I’d settle for that socialist the wingnuts keep telling us about.

@redmanlaw: Hey, this piece in The Onion made me think of you.

@Tommmcatt is hunkered down in the trenches: It’s the manic hyena laugh.

@nojo: Whenever I’m called by the Democratic Party of Blessed Memory I tell them I can’t give them anything as I’m saving to pay my health insurance. As you might imagine, this has a profound effect.

T/J I just had the grandest time with my pants on! Seabiscuit, a documentary on PBS. Very moving and epic about horsies. Strongly recommend it if you can tear yourselves away from 24 Hours.

@SanFranLefty: Yeah, well, I wish she would go to the Middle East and knock some heads together.

@Benedick:
saw it. loved it. where is our depression’s seabiscuit?

@SanFranLefty: @Tommmcatt is hunkered down in the trenches:
it’s the laugh, and she is also developing crazy eyes.

@baked: where is our depression’s seabiscuit? Maru?

Hillz has always had those; they’re just even more pronounced than usual, likely ’cause she’s drunk on her own sense of power.

Years ago on Brand W, FlyingChainSaw wrote the ultimate comment on Hillbot which ended with her being presented with a baby, gleefully rubbing her hands together and shrieking “she’ll be delicious with rice and beans!!!”

I’m not exaggerating when I say that I laughed so hard I pissed myself.