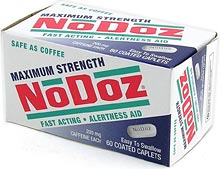 Left largely unremarked during this week’s episode of Dancing with the Torturers is a curious dispute over whether soul-mortgager John McCain agreed that techniques good enough for the Viet Cong are good enough for us. A 2007 memo from the Justice department’s Office of Legal Counsel reports the CIA saying he signed off on enhanced ghoulishness:

“[S]everal Members of Congress, including the full memberships of the House and Senate Intelligence Committees and Senator McCain, were briefed by General Michael Hayden, Director of the CIA, on the six techniques that we discuss herein. In those classified and private conversations, none of the Members expressed the view that the CIA detention and interrogation program should be stopped, or that the techniques at issue were inappropriate.”

But a McCain spokesbot said Monday that — are you sitting down? — the CIA got it wrong:

“Senator McCain clearly made the case that he was opposed to unduly coercive techniques, especially when used in combination or taken too far — including sleep deprivation.”

This of course is highly disturbing, especially in light of how everyone quickly defended the CIA’s virtue last spring after Nancy Pelosi questioned its record-keeping. Kit Bond, ranking Republican on the Senate Intelligence Committee, cut to the chase:

And just a few days ago, our new favorite non-WorldNetDaily website, American Thinker — whose Deputy Editor is part of our scheme for world domination — reminded us of Pelosi’s collusion with the enemy:

However, if Pelosi lied about the briefings, attacking the intelligence community in the process and forcing it to reveal sources and methods, she has not only done irreparable harm, she has aided the enemies of the United States and the Constitution — also a misconduct in office, if not outright treason.

So you have John McCain making irresponsible accusations against our terror-fighters, and saying the CIA lied about him when we know the CIA is incapable of such egregious behavior.

Which brings us to the inevitable conclusion: John McCain is a traitor.

Sometimes I wonder if John McCain can remember what he had for breakfast let alone approving torture. At this point, he can just be the stand in for Gene, Betty’s dad in Mad Men.

Oh sure, you snark about that but a large part of the Arizona Republican Party would agree with you. They just about put him in the same class as Nancy Pelosi.