Stinque
Home Latest Comments Log in
If it smells, we’re on it.
Stinque
Mastodon: @stinque@mas.to
Obamacare and Cannibal Benefits 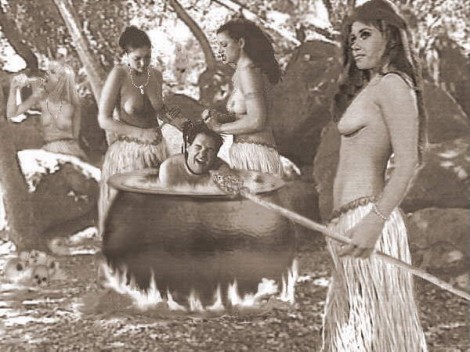 Sarah “Talibunny” Palin revealed earlier this month that under the new Obamacare plan, her retarded boy, Trig, would be put to death by an Official Obamacare ‘Death Panel’ that would rule on the tot’s value to society before sentencing him to a grisly, humiliating death, likely a thorough clubbing as he is roughly the same size as a baby harp seal, a summary execution delivered at the hands of a gay Afrosupremist Islamofacist Marxist.

“The America I know and love is not one in which my parents or my baby with Down Syndrome will have to stand in front of Obama’s “death panel” so his bureaucrats can decide, based on a subjective judgment of their “level of productivity in society,” whether they are worthy of health care. Such a system is downright evil,” the Talibunny wrote on Facebook last week.

Yes, indeed, evil in ways that no other administration since Caligula could imagine. Yet, Stinque.com, has found that summary death sentences to be meted out by the Official Obamacare Death Panel is only the beginning of the odious monstrosities being plotted by the diabolical non-documented Kenyan Obama to eliminate health care in America – and transform this nation into an Islamofascist North American Caliphate.

Toward that end, the US health care system, according to Obamacare planning documents recovered by Stinque.com, will be replaced by a system of “Managed Human Harvest” prosecuted by “Infidel Flesh Harvest Brigades”, roaming Brigades of heavily armed Lesbian Amazons and gay Afrosupremist Islamofascist Marxists imported from the Muslim world to help Obama garrison a North Americas Caliphate, harvest the meat of its white human population and feast upon it with his Muslim brothers and sisters with whom he has been plotting the conquest of America since Satan appeared in his crib in Kenya on the day he was born. 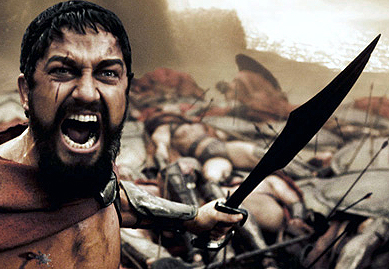 The heart of the Obamacare program was revealed in the draft of a Department of Health and Human Services manual titled, “Recipes for Infidel Flesh Harvesting and Management.” The DHHS program prospectus describes a system in which “Infidel Flesh Harvest Brigades” will take reports from the “Official Obamacare Death Panel” to locate the elderly, sick and infirm who are ready to go to dinner, so to speak.

In the spirit of democratic, independent locally directed management, however, the Death Panel will not actually give the orders for “harvesting” sick or infirm individuals but will provide medical records and scoring criteria for the Brigades to use in determining which toothsome, luscious infidel will be gutted, mounted on a spit, seasoned and cooked up yummy for the soldiers of Allah. 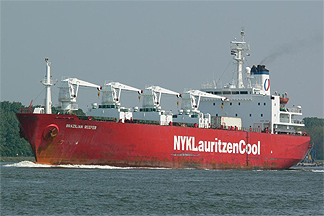 Your Tax Dollars at Work: Hundreds of Refrigerator Ships Like This Are Being Built to Store the Flesh of the Infidel Harvest.

The Government Accounting Office will likely have a field day with the scoring methology proposed, as it gives substantial leeway for Brigadiers to preferentially upscore harvesting candidates for ‘toothsomeness,’ ‘tenderness’ and ‘ripeness,’ all terms so vague as to practically invite corruption and the wholesale over-harvest of trendy or unusually desirable harvesing cohorts – like that lunchable Trig Palin. Clearly, an epic scandal is in the offing unless the Obama administration tightens up the harvesting protocols and scoring systems he proposes for Obamacare.

Obamacare: A Cookbook for a Caliphate?

Government regulators charged with examining and regulating Obamacare will apparently have their hands full with this ambitious new system. The Talibunny unwittingly turned over the corner of what is in fact a vast, Islamofascist conspiracy to depopulate North America of white people and establish a mud people’s Caliphate ruled by Obama and his progeny, answerable only to his father Osama Bin Laden and his mother, Jane Fonda.

Yes, this unprecedented expansion of government would have enduring repurcussions in terms of the regulatory burden subjects of the North American Caliphate of Sheik Barack Obama would bear, all of which is spelled out in the “Protocols of the Founders of the American Caliphate,” a Democratic Party campaign document recovered by Stinque.com and referenced obliquely by Obama himself during the campaign and in sundry federal planning and budget documents developed this year. 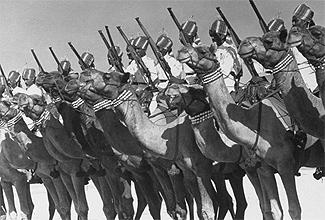 First, all the white guys lose their guns. That much has been made clear from the early days of the Obama campaign. How better to co-opt the capacity of the infidels to defend themselves from the glorious mission of harvesting their flesh? This is US Attorney General Eric Holder’s first mission, make no mistake: disarm the white population so they can’t shoot back.

Next: logistics. No doubt, killing, gutting and preserving 221.3 million white people is a monumental task and requires some logistical planning to pull off without waste and mismanagement. The Obama Administration has, by all accounts, has been assiduously planning for a big harvest.

If you look closely at the FEMA budgets for the next three years, you’ll notice a number of line items for refrigeration ships, refrigerated warehouses, canning facilities and fattening ranches, refered to as ‘relocation camps’ in administrative documentation. The details are well in hand to begin execution of the initial harvesting protocols next Spring.

Cannibalizing All the White Just the Beginning of the Plan!

What is still hotly contested inside the Obama Administration is the question of the repopulation protocol. Obama and many of his most senior ministers are reportedly strongly in favor of breeding Islamofascist fighters with the domestic stock of white women for the sake of alacrity, given the urgency of mounting an organized offensive against Europe, Canada, Mexico and South America.

Hard liners are accusing Obama of being soft-hearted and sentimental at a time when he must act decisively in the name of Allah and eliminate all traces of non-mulsim culture from North America. Obama and Osama did not return phone calls by press time.

Perhaps the single greatest headline in the history of the Internets.

“Death Panel” has such a nasty conotation. In today’s corporate-supremacist Amerikkka, they’ll be called “the Involuntary Transitions Team.”

Considering the soon to be Sheik is half-white, does that mean we fellow mulattos get a pass from the boiling water and being eaten part?

If not, I hereby request some snoo-snoo from the Lesbian Amazons before being devoured.

@Signal to Noise: Given that I’m Swedo-Italian, do I count among the festive instead of the feast? Or am I just a mongrel?

@nojo: depends on how many generations you are away from the Scandinavian Socialist Motherland, I think.

@Signal to Noise: Given my hardtack-chewing grandfather’s full name, I’d say two. Same with the wops. How I ended up with one of the blandest names in America is a feat of assimilation.

Truly a tour de force. A small nit: GAO changed their name in 2004 to, depending on how you look at it, the slightly more or less Orwellian “Government Accountability Office.”