Nail in the coffin of health reform? 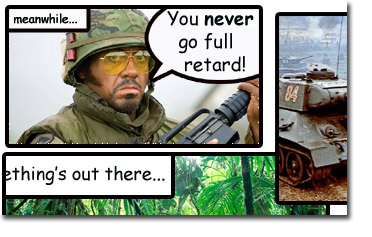 Like most people, I don’t like to admit I’m wrong. Oh sure, I’ve made mistakes a-plenty in my lifetime, but it still smarts to admit to them. So it is with heavy heart that I admit, here before the world, that I was wrong about one of the most pressing issues of the day: health care reform.

You see, up to now I’ve been an enthusiastic proponent of a single-payer system of universal coverage, figuring that the poor deserved the same medical care as the rich, and that the current for-profit system was findamentally unworkable.

But that was before I came across an editorial in the Investor’s Business Daily that changed my mind. There has been much rhetoric both pro and con concerning efforts at health care reform, but no argument makes the case against the madness of single payer as eloquently as this unsigned editorial. The whole thing is brilliant, but I’d have to say that the line that finally clinched it for me was the following:

People such as scientist Stephen Hawking wouldn’t have a chance in the U.K., where the National Health Service would say the life of this brilliant man, because of his physical handicaps, is essentially worthless.

Now, Wikipedia gives conflicting information about Hawking’s residence. In some places it says he lives in England, and in others it says he lives in Great Britain. All I can say is thank God he doesn’t live in the U.K. or he’d be dead by now and the world would have never benefited from his wisdom and scientific acumen.

Serolf Divad wakes up every morning and thanks God he doesn’t live in the U.K., where they euthanize smart people.

This is why I prefer to get stock tips from a guy at a bar than read the IBD.

Clearly, they don’t feel the need to stick with the “fact-based community”.

Not for nothing, but Black Eagle’s going to Portsmouth, N.H. to talk about the health care to a town hall.

I’m torn. On the one hand, this thing shouldn’t be one of those invite-only deals wherein Dubya got people to feed him tough questions like “how should we pray for you….” On the other, the organized birther/teabagger contingent scares me. We already have reports of two people bringing guns in — one sensible enough to ID himself to the police so that the piece could be handled properly, and one who (WHOOPS!) dropped the gun on the floor. What to do?

@chicago bureau: I think there will be a chilling effect due to the Secret Service detail, but a screamer might be a big help. The more unhinged the better.

@chicago bureau: I believe Tool said it best in “Message From Harry Manback”:

I tell you this, one of three americans die of cancer,
You know? asshole. youre gonna be one of those.

I [didnt too / dont have the] courage
To kick your ass directly.
Dont have enough courage for that,
I could, you know.

You know youre gonna have another accident?
You know Im involved with black magic?
Fuck you. die. bastard.
You think youre so cool, hm? asshole.

And if I ever see your fucking face around,
In europe or italy,
Well Ill — that time Im gonna kick your ass.
Fuck you. fucking americans, yankee.
Youre gonna die outta cancer, I promise.

@chicago bureau: I’m lighting the St. Francis candle that the Secret Service is on the ball. Also, the New Englanders tend to be grudgingly hospitable, so any nutty-pants will undoubtedly be bused in from Western Pennsyltucky.

SanFranLefty: So sorry. This is New Hampshaah. You’ll get flinty and like it!

And speaking of Pennsyltucky, Our Boy Arlen is getting it but good from Certified Purveyors Of The Crazy. But Josh Marshall reports on a suggestion made by a loony that isn’t all that awful:

We’re watching an Arlen Specter town hall at which one protestor after another gets up with a question more unhinged than the last. I confess I hadn’t read the part of the bill which would abolish democracy in America.

The latest question is a demand that all legislation be written in junior high school level English.

There’s something to that junior-high level English thing. Yes: it will reach these nutjobs, as this is about the limits of their reading abilities. But there is a good deal of weasel-words and traps and loopholes that can be inserted with legalese.

Shit. As Mrs. Parker might have said, a 1,000 page health care bill is not to be taken lightly — it should be thrown with great force.

@chicago bureau: A 1,000 page healthcare bill — I can see many recent graduates of our finest colleges working long hours so that Big Pharma can get what it wants. Woo hoo.

@Dodgerblue: Fuck it. I’m going on a hike this afternoon. (Trail runs from just north of the park to the creek, southwest along the creek, and back SE to the trailhead).

MSNBC just aired footage of the crowd gathering at the Obama town hall meeting on health care that’s supposed to start later today in New Hampshire and pointed out one man in a group holding protest signs with a gun in a holster on his hip. Apparently not a law officer, but a civilian.

Whatever the concealed carry laws in New Hampshire, you have to figure guns not allowed at a presidential event. Right?

Let’s face it. This guy’s a moron. He is openly carrying right in front of what must be scores of law enforcement types trying to secure an area. What worries me is the guy who isn’t nearly as obvious.

@chicago bureau: NH is an “open carry” state, as is New Mexico. Concealed carry is illegal in NH without a permit. OC is usually done in the wild or on the trail, not in town, but OC guys believe in exercising their state/fed constitutional rights to pack heat and will push the envelope to prove their point.

I thought Hawking lived in the British Isles.

And now that I’m awake, I may set up an open thread for the Hampshah Town Hall. Or I may wait first to see whether it’s interesting.

Mr Cyn noted that the editorial was posted at 4:20, and e-mailed IBD recommending that they stop posting while high.