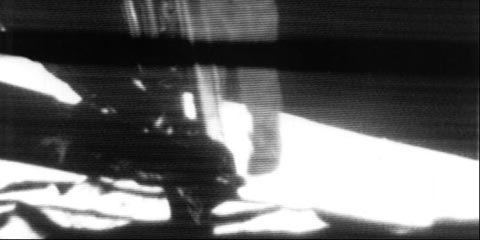 We all had G.I. Joe dolls action figures, but I had the space capsule which had a delightful way of floating long enough in the bathtub that I could narrate the Navy ship coming to rescue him until – whoops – the thing would fill up and sink.

Great fun. Still have all but the capsule, including GI Joe scuba diver, alpinist and all uniformed branches of the military.

@Nabisco:
My mom sold all my GI Joe stuff (even the one with KUNG FU grip!) at a garage sale. Sniff. And my original Star Wars Figures with original weapons (I was the only kid who rarely lost those tiny guns.)

Not that I’m bitter about it or anything.

TJ: One of Spitzer’s call girls says he “wasn’t my only Governor” and that she pestorked a Governor whose wife “is prominent in her own right.”

Is there any Governor other than Schwarzenegger whose wife is “prominent in her own right”?

I guess the use of the masculine pronouns puts Sarah Palin out of the running.

@SanFranLefty: Another GOP schtupping scandal? Oh please oh please – we’re getting about one a week!

And yes, I wish I still had my Matchbox cars.

@blogenfreude: Comments on NYDN site are guessing it might be Rendell – in which case it won’t be a GOP scandal. Perhaps more plausible than Arnie – no matter how dumb the call girl is, she should recognize Arnie, plus Philly is a lot closer to NYC than Sacramento.

@SanFranLefty: Ahhnold was here for the RNC, so I still hold out hope.

@Dodgerblue: Took me about 10 seconds to realize you weren’t referencing the Governor-banging hooker.

@blogenfreude: Oooh, good point. She doesn’t say WHEN this happened.

Bill was a 5 term governor, Hillz is prominent in her own right, chick could be cagey here, a little misdirection.

TJ: for all you grammar nazis and copy editors out there, Vanity Fair has posted a copy edited version of Palin’s resignation speech, in glorious Technicolor,

I mean, the dude’s offices were in Harlem. He was a cab ride away from Happytown. Rendell would have had to hop the Acela to accomplish the deed. Bubba clearly had means, opportunity and motive. This wild, unfounded rumor is, I believe, slightly plausible.

(NB: Sarkozy and Bill have to be in the same room. State Department officials who read Stinque on the sly: MAKE THIS HAPPEN.)

@Prommie and chicago bureau: As much as we might wish it so, said hooker is quoted as saying she “later learned” that the Governor’s wife is “prominent in her own right.” My Schwarzenegger theory is tested when trying to determine if the hooker could have been so clueless that she didn’t know Arnie was married to Maria Shriver. Even the dumbest hooker, however, would know who Hillary is. The phrasing does add credence to the Rendell theory.

Re: Sarkozy and Bill – I think that Sarkozy would follow Bill around if nothing else to physically restrain him from going after Carla. Could you imagine the “First Spouses” get-togethers at the G-20 meetings if Hillary had won?

@SanFranLefty: Darn. Still, terminator, he needs to go away.

A roll around the web shows that last week the Washington Times (yeah, I know) ran with a story, headlined thusly:

Fetuses found to have memories

Scroll-down shows that the memory thing (such as it is — it’s basically a fetus getting used to the sounds outside the womb) begins at 30 weeks, or perhaps 34 weeks. The number of abortions at that stage, nationwide, is probably in the tens. (Oh, and one of the guys who did such abortions recently became unemployed. Because he was shot dead.)

But — if you want the latest line of anti-abortion attack, here you go.

[P.S.: Grammar police to WashTimes copy desk: “A call to NARAL Pro-Choice America for comment on the implications of the research were not returned.” Subject-verb agreement FAIL.]

@SanFranLefty: Spitzer’s hooker had no idea who he was. And you’ll admit, Shriver has been less in the public eye since she started bearing Arnold’s uberkinder.

@SanFranLefty: That makes sense, I guess. Fast Eddie’s wife is a federal judge. But does that count as “prominent” for non-lawyers?

How many hookers would really know who Maria Shriver is? It’s not like they watch a lot of news shows. Someone else would probably have to clue her in.

But I think we can safely eliminate Bill. You’d have to live under a rock not to know who Hillary is.

@Mistress Cynica: I’m going to print that out. It soothes my soul like nothing I’ve read in months.

@SanFranLefty: There’s an annual PA politico confab in New Yawk, reportedly full of off-hour drinkin and carousing. Even odds on EGR, but if it came out now the budget talks would totally crater.

@Jamie Sommers says take this job & shove it!: Agree, that is fantastic – thanks, Cyn!

@SanFranLefty: A Friend in Government has this to say as regards Bill Richardson not being on the list: “Mmmm….. reserving comment on the gov article but would state I doubt he pays for it :)” Also, wife keeps a loooow profile.

@Dodgerblue: I was in elementary school going back to Albuquerque from the ancestral home that night. We caught the phone call on TV in glorious black and white. That was cool. So it it true that the last time we went to the moon was in the Nixon administration?

@redmanlaw: So it it true that the last time we went to the moon was in the Nixon administration?