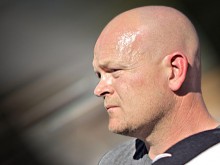 At a meeting of conservative activists in Milwaukee, Mr. The Plumber had some tough words for the RNC chairman: “Unfortunately we have a chairman up there who wants to redefine conservatism; he wants to make it hip hop, put it in a new package and sell it.”

This is so much fun.

And a plumber journalist wife beater shall lead them.

Chairman Steele, don’t be surprised. What did you expect? “Welcome, sonny?” “Make yourself at home?” “Marry my daughter?”
You’ve got to remember that these are just simple farmers. These are people of the land. The common clay of the new West. You know… morons.

@ManchuCandidate: Please make it so. Please. Make. It. So.

@nojo: Or a big ass, old school Marvel Comics everybody v. everybody free for all. http://www.ifanboy.com/images/ifanboy/Avengers_vs_JLA.jpg

Jamie Sommers aka the Waco Kid

@nojo: So you’re saying everyone’s a failed actor in the throes of roid rage and the fights are fixed. Yep. Sounds about right.

Joe meant to say “unfortunately we have a chairman up there who is black,” but bit his tongue for the hundredth time.

I’m starting the pool. It will be naught but 4 weeks before Michael Steele is killed sent to an undisclosed location forced out of his position.

That’s pretty bold. I was thinking more like 2 or 3 months, after all the hoo-hah dies down and everybody forgets he’s there.

“We brought in a black guy once but it didn’t work out.”

I hope he runs as Palin’s VP. Or that she hires him as some sort of senior advisor, or communications director. Anything.

@Nabisco: You might be right – news dump and all that.

@blogenfreude: That’s what I was thinking. Only question is, would Newt take over, or the 14 y.o. kid?

“We need to make the party more pubescent! We need to make room on the platform for Dungeons and Dragons, provide a free-market solution for desperately needed access to pimple cream! Finally, we must bolster the American confidence, so that everyone can find the strength in themselves to buck up and send a note to the cute girl in PE !!!!”

@Tommmcatt: It’s What Your Right Arm Is For!: It kind of makes sense. I mean, why wait until all those young Karl Rove’s are done getting stuffed in lockers and grow up to take it out on their country?

OT but the weather here is fucking fantastic and its bright and sunny at 63opm. what better reason to live in an area joe the plumber and friends will never come.

Whoa dudes super important threadjack!!! Do not make fun of this beard .

@drinkyclown: But but, it’s so hard not to?

I hates to shit on the schadenfruede, but right now, all past political paradigms, the conventional wisdom, its all in flux, which way the public goes will depend on the economic shitstorm, how bad it gets, how it plays out.

I’d like to think that the pigfuckers will be the minority, and that Obama will retain the trusts he now has with the public.

But hey, you never know.

@drinkyclown: I burst into uncontrollable laughter the minute I saw the picture. His colleagues could only fake coughing attacks for so long.

I wonder if Joe put hip hop in scare quotes.

@shortsshortsshorts: His co-workers calling him a Paki and stuff is messed up, but I’m not certain there was ever a place or time when a beard like that was considered acceptable or appropriate.

@Promnight: Get away from the schadenfreude! I just had that cleaned.

Speaking of Adkisson Brigades, guess who has come out and declared he is ready to lead the revolution; Chuck Norris. This is insanity squared: http://www.examiner.com/x-2071-DC-Special-Interests-Examiner~y2009m3d9-Chuck-Norris-claims-thousands-of-right-wing-cell-groups-exist-and-will-rebel-against-US-government

The comments are amazing.

@Mistress Cynica: Oh, you know he did the air quotes thing with his fingers when he said it.

@Promnight:
One of the biggest problems in the US America Revolution was that the patriots had plenty of guns but no sense of organization and discipline as A UNIT despite the best efforts of George and the rest. It took an iron fisted Prussian to beat some sense into the Revolutionary Army to get it to fight as a TEAM. This lack of strong unit cohesion has unfortunately plagued the US Army since forever. Not so much the Marines because the Marines run a tighter ship and understand the importance of unit cohesion.

As we have seen with the Paultards, they aren’t the best organized and often fought amongst themselves. They were a herd of cats. Plus they over estimated their own abilities by light years. Militaries and insurgencies run that way do not win.

I seriously suspect that this RW “insurrection” will go the same way and fight as effectively as the Militia movement did.

@ManchuCandidate: Oh, my Manchu, there’s no need at all to start handicapping their chances of success. This is masturbatory fantasy here, its so amusing, really, to see the fantasies of the Walter Mitty fascists on display.

And hey, don’t you be running down the colonists, what you call disorganization, I was brainwashed into thinking of as “guerrilla tactics,” which I was told stymied the Brits, accustomed to marching around in Squares and such formations and expecting to meet the appointed foe similarly arrayed on the appointed battle field at the appointed time.

George Washington actually won a great victory at Trenton. It gave our european allies the trust in us to really commit.

The French navy and army won the war for us, of course. Ben Franklin went to France and slept with the wives of everyone who was anyone, and sent them back home to tell their husbands to send aide to the US.

He must have been able to lick his eyebrows while he parted his hair with his dick.

TJ/ Sort of good news for the O Admin.

I know that a lot of folks were concerned about the lobbyists and bidiz groups mobilizing. Like I said during the campaign, the RWers vaunted noise machine was going to grounded to a lack of fuel (aka money.) Now the same thing is happening with the K Streeters. Not much money even for lobbying. Hardest hit are going to be the financial lobbyists, real estate and automotive (sorry Prommie) which means weaker than expected resistance to O’s legislative agenda. Only silver lining in this ugly cloud.

@Promnight:
Sorry, it is funny but it’s the analytic side of me that loves, yes loves to break things down. It’s a not often welcome habit and kept me a virgin longer than I wanted.

From what I recall some of the groups fought well as guerrillas. Just not as a disciplined army.

Bennie, the Ron Jeremy of the US America Revolution.

@Promnight: Oh please, the Franch fought the revolutionary war against the British because the ‘Americans’ were too busy going home to plough. They sank huge amounts of men and money into trouncing the Brits. Which they did. And Louis XIV paid a heavy price for it.

@ManchuCandidate: Good book I read recently, “1776.” Great popular history, seriously as good as whatsername, the chick who wrote “The Guns of August,” and I worship her.

@Benedick: My dearest Benedick, that is basically what I just said. The colonists did just enough to convince the French that it wasn’t a hopeless joke of a cause before they committed. I did say, the French Army and Navy won the revolutionary war. That must explain why the pigfuckers hate the french, there is a certain type of low, animalistic human who always resents and hates those who rescue and aid them.

@Promnight:
Barbara Tuchman (I cheated with wiki.) I read her book on Stillwell (my dad bought and read it the year I was born) and I read it years later.

Like, I have to say this, Jon Stewart, tonight, just ripped that Cramer person from CNBC, Stewart just ripped the guy’s balls off, made him slowly chew and eat them, and then, at the end, screamed “Fuck YOU” at him. Wow.

@Promnight:
Heh. If only Cramer learned to keep his yap shut and play dead. Jim will never live down Bear Stearns.

@Promnight:
The tail always thinks the dog does its bidding.
And I am caught up on posts.
Good night.

@Promnight: I read that in the hammock this summer. I got it for my birthday. I think it was David McCollough. The guy who wrote John Adams for HBO is working on 1776. I saw his research collection when I went to get Mrs RML’s Adams box set signed by the writer.

Had a great talk after dinner instigated by Son of RML on Alexander, Constananople, Byzantium, the Ottomans, Afghanistan, etc.

TJ: Geek Alert! The RNC has released the RFP for their new website and it’s totally awesome, dudes! They have no fucking idea what they’re doing. None. I can’t wait to see what they come up with. Remember, kids:
Flash interfaces can often make mundane tasks more exciting, and having Flash developers who understand user behavior will make the site more user-friendly.
Really, they said that. I could not make this shit up.

@Promnight: Do not cross Jon Stewart. He has more interns than you do.

@Mistress Cynica: The running bet is that the RFP is a cover for a sweetheart contract to one of Steele’s pals. Weren’t we just quoting Chris Rock on hiring friends?

Oh, and note to the GOP: the iPhone doesn’t do Flash. But you’re all probably Crackberry addicts anyway.

@nojo: You should totally put a bid in for that, Nojo. A letter of recommendation from Chainsaw is a deal-maker.

Jeez, I was outta town for a coupla days and see what I missed. My only news is that I had a whole exit row to myself on Jet Blue last night.

@Dodgerblue: That’s another sign of the recession, but I’m sure you were thanking the Flying Spaghetti Monster for taking pity on the tall guy.