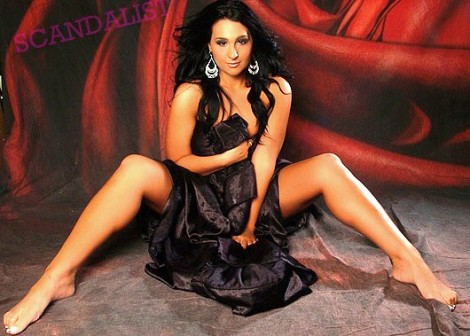 Maybe I can pay off my student loans after all:

A US student has put her virginity up for auction in order to pay for a masters degree.

Dylan, from San Diego, has a a degree in Women’s Studies and is in the middle of a Family and Marriage therapy masters. She disclosed that her sister Ava convinced her to go through with the auction because she paid for her own degree by working as a prostitute for three weeks.

I have a feeling that both parties are going to be seriously disappointed.

@ManchuCandidate: Thought I’d put that up to brighten your day.

And she won’t be disappointed – she’ll have so much cash she won’t even need to finish that degree!

I wouldn’t pay THAT much. Thats what whores would cost if the DoD bought them for the troops.

If that chick’s a virgin, I’m Marie of Romania.

@Mistress Cynica: Yeah, right, we all know you are Dorothy Parker.

I’m distracted by teh crazee eyes…

I’d hit it, but college students of that caliber are all across California.

I suspect she’s going to back out on this when the necessary authorities find the auction site and track her down.

@Signal to Noise: The deed will be done someplace in NV where it’s not illegal to sell it.

@SanFranLefty: I’m distracted by the feet.

Oh, hell, this chick is associated with the Bunny Ranch, whose new owner has been engaged in a constant string of publicity stunts, and her sister works there as a professional. This is complete bullshit, no doubt.

@SanFranLefty: I think those might be teh dumb eyes.

@blogenfreude: good. I have no ethical or moral problem with any of this, but let’s just say I wouldn’t pay more than the requisite number of overpriced San Diego drinks if given the time of day.

@SanFranLefty: those are the eyes of a Stage 5 Clinger, no matter what she says in the article.

@nabisco: It’s either the camera angle or she’s got Peggy Hill-sized feet.

Is she going to sell the sheets, too? Or just license them to be held up on ESPN pay-per-view?

@Mistress Cynica:
Will it be better than the Sonny and Cher Show?

And to think, I sold my virginity off of the back of a truck for a couple of Snickers.

No word on whether S.C. Johnson Wax was involved.

(Notable: Mayor is a Dem. So this really is a new development in re sick bastards who also happen to be politicians.)

@chicago bureau: Ever seen the Johnson Wax Building? I did in 2000 … one of Frank’s best.

@chicago bureau: I wonder how much of it is true. I bet almost nothing. Sounds like stupid cops and stretching the meaning of what ‘is’ is.

@homofascist: Darling, you did well!

@Mistress Cynica: I don’t know who John Mayer is, Your Majesty.

Could this be a J Lo movie in the making?

@chicago bureau: Did a little research – he’s a DEMOCRAT. So let’s rank it – kid touching (ick), sick shit on his hard drive, enticing kids online. Never mind – too gross. If true, this guy needs to go in the slammer for a long long time.

@Mistress Cynica: The only virgin in San Diego is Shamu.

@blogenfreude: Nah. As I pointed out in one of my archly wry posts about todays headlines, all of which began with “Holy Shit,” I thought that was subtle, the NY Times reports today a major study which concludes that there really is no actual, real, threat to children from “online predators.” However, the massive number of undercover 40-year-old cops out there combating the non-existent threat to our children by pretending to be sexually curious and very hot 13 year old girls who can’t wait to lose their virginity to a hot older politician if he would just agree to meet them at the mall, these monsters most definitely are a major entrapment threat to horney preverts everywhere, and they have apparently succeeded in entrapping another one.

In other “Holy Shit” news, today police in Pennsylvania charged 3 high school girls with producing and distributing child pornography, for taking racy cel-phone pictures of themselves, and charged 3 high school boys with possession of child pornography, because the girls sent the pictures to the boys. All involved were under the age of 18, and the pictures didn’t even show the “pink” or the “split beaver,” to use the proper pron nomenclature, and apparently most did not even show “bush,” but rather were more along the lines of a Victoria’s Secret Catalogue. Yay, thank God for the cops protecting us from Evil.

@Prommie: South Park nailed Dateline on predator-mongering a few seasons back, of course. And now that you mention it, there is a whiff of Satanic Child-Molesting Cult to this.

Or, as I used to say back in the ’80s: The only thing we have to fear is the fear of others.

@nojo: From today’s Times (the US News section): “A task force created by 49 state attorneys general to look into the problem of sexual solicitation of children online has concluded that there really is not a significant problem.

The findings ran counter to popular perceptions of online dangers as reinforced by depictions in the news media like NBC’s “To Catch a Predator” series. One attorney general was quick to criticize the group’s report.”

@Prommie: Moments like these, I’m reminded of how happy I am to have done high school in the ’70s, before any of this shit started raining down.

The band director would be crucified for allowing something like that today. At the time, it was just an oh-you-kids thing.

@Prommie: I agree – if the charges are bullshit, then the police should be disciplined. On the other hand, if they guy’s trying to hook up w/ underage kids behind a mall, he should be off the street.

Ever been to Racine? Nice town.

@Prommie: Right, the problem is that all the cops are chatting online using handles like ’13_wet_and_hungry_for_the_pestorer’ while the fraud artists are looting the country to complete catastrophe.

@Prommie: So they can fuck in their parents’ basements, behind their parents’ garages, in drainage ditches and on the roofs of parked semi trailers but they can’t send each other pictures on their cell phones. Check. Someone ought to do a study of reactions that cause more trauma than already has been suffered – or inflict it where there should be none – in school student discipline cases, or safety exercises like these insane lock downs.

This one you cite is a case of: grab the kids involved if you do find about it and ask them how they’d like it if that stuff ended up on the Web where their parents could see it and maybe someone’s dad would pound them senseless and, hey, let’s stay klassy, enjoy lunch.